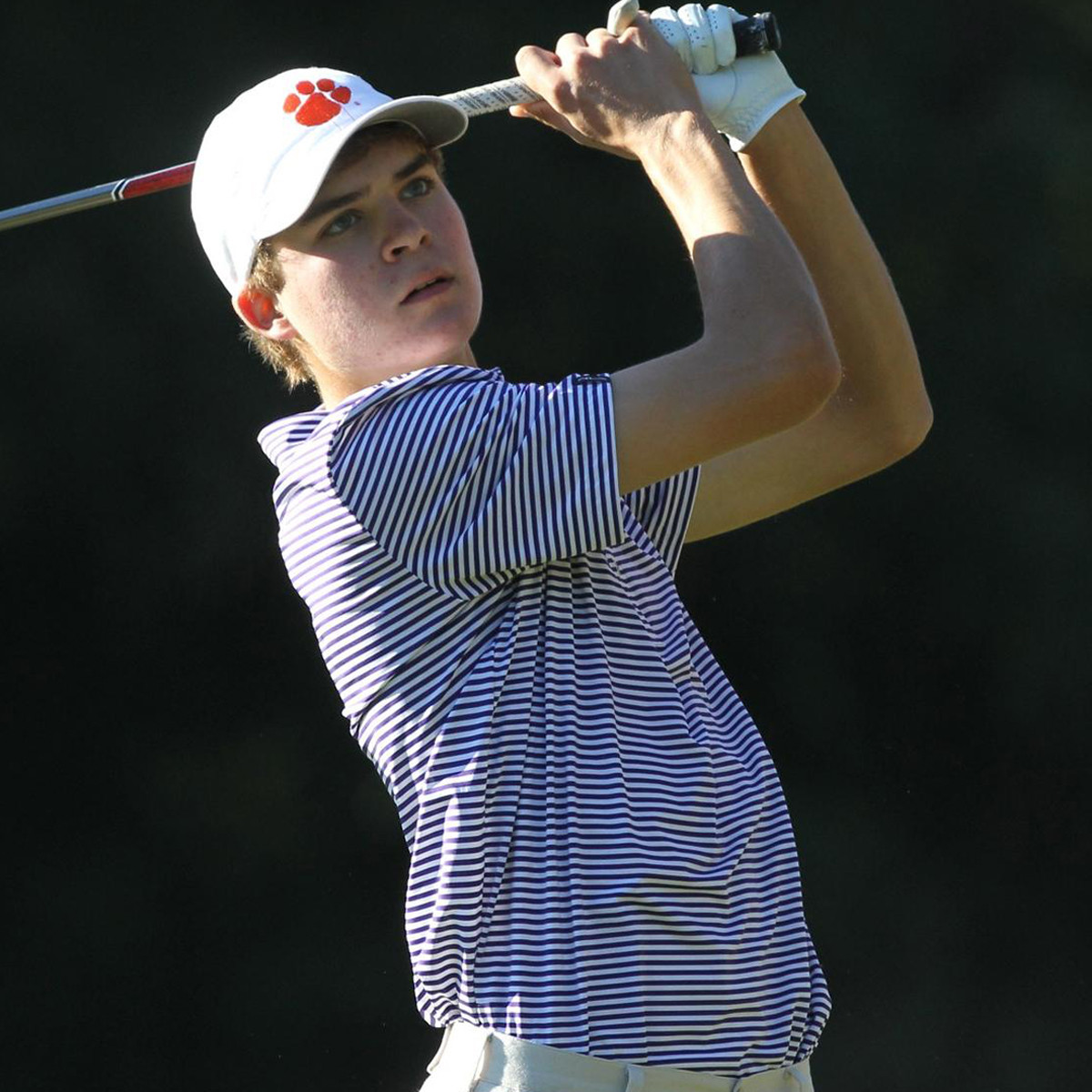 Clemson, S.C.–Graduate Carson Young, sophomore Bryson Nimmer and freshman Doc Redman have all named to the All-Region team by the Golf Coaches Association of America.   It was the second consecutive year Young and Nimmer were named.

It marked the second consecutive year Clemson had at least three players on the All-Region team. All three players led Clemson to a No. 11 national seed at the NCAA Tournament last week in Sugar Grove, Illinois. The Tigers won a record tying six tournaments this year.

Young was named All-ACC and All-Region for the second straight year. The native of Pendleton, S.C. finished with a 71.28 stroke average this year, tied for ninth best in Clemson history. The Clemson graduate had five top 10 finishes and 11 top 25s, including a victory at the Furman Invitational in March.  The two-time South Carolina Amateur Champion finished his career with 51 rounds of par or better, including a four-under-par 68 at the NCAA Tournament last week.

Nimmer, a second generation Clemson golfer, also made the All-ACC team and the All-Region team for the second straight year. The native of Bluffton, S.C. had a 71.33 stroke average this past year and had seven top 10 finishes, including a Clemson best tied for second at the ACC Championship. He finished sixth at the Regional in College Grove, Tennessee, also best among Clemson players.   Nimmer finished with 11 rounds in the 60s and 19 total rounds under par.

Redman was named the ACC Freshman of the Year, All-ACC and All-Region this year. He finished the season with a 70.77 stroke average, the second best in school history and best ever by a freshman. He had eight top 10 finishes, most ever by a Clemson freshman, and had 22 under-par rounds, most on the team. He established a Clemson 54-hole record when he shot a 198 in winning the Jackrabbit Invitational in September. He also won the Ka’anapali Classic in Hawaii in November.