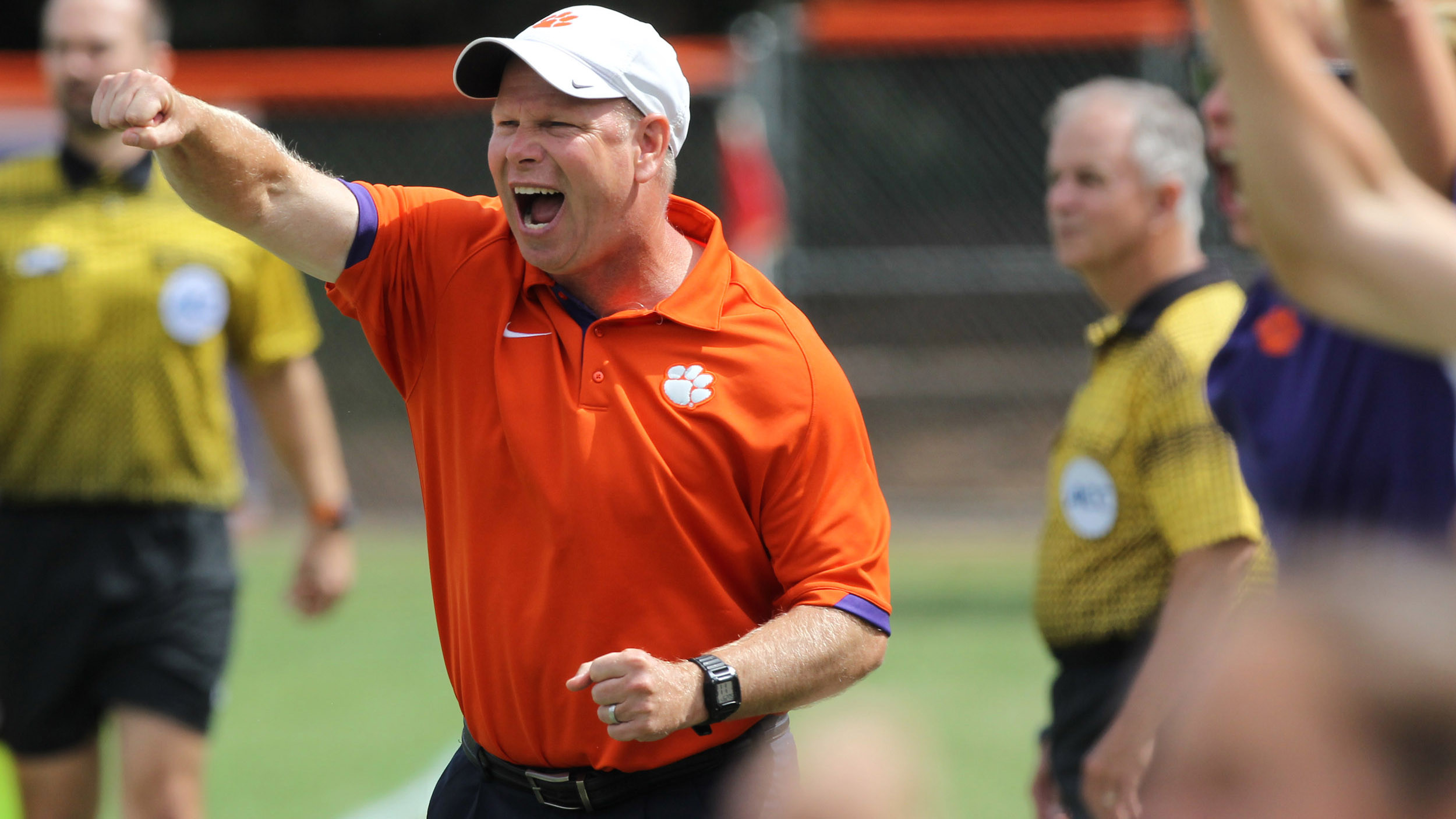 Head Coach Eddie Radwanski sat down with ClemsonTigers.com recently to recap the 2013 women’s soccer season. The Tigers finished the year with a 7-8-4 overall record and a 4-7-2 mark in Atlantic Coast Conference play. The team made significant improvements in 2013, especially from a defensive perspective. After giving up 37 goals and a 1.98 goals against average in 2012, the Tigers allowed just 18 goals and a 0.90 GAA in 2013.

Two players – senior midfielder Vanessa Laxgang and junior goalkeeper Kailen Sheridan – were named to the 2013 All-ACC Women’s Soccer Third Team, while Sheridan was also named to the ACC All-Freshman Team. The Whitby, Ontario native finished the season ranked in the top 10 in Clemson history in three single-season record categories: sixth in GAA (0.94), tied for sixth in solo shutouts (7), and seventh in save percentage (.786).

Click the play button in the photo above, or the link to the right, to watch the complete season review with Radwanski.