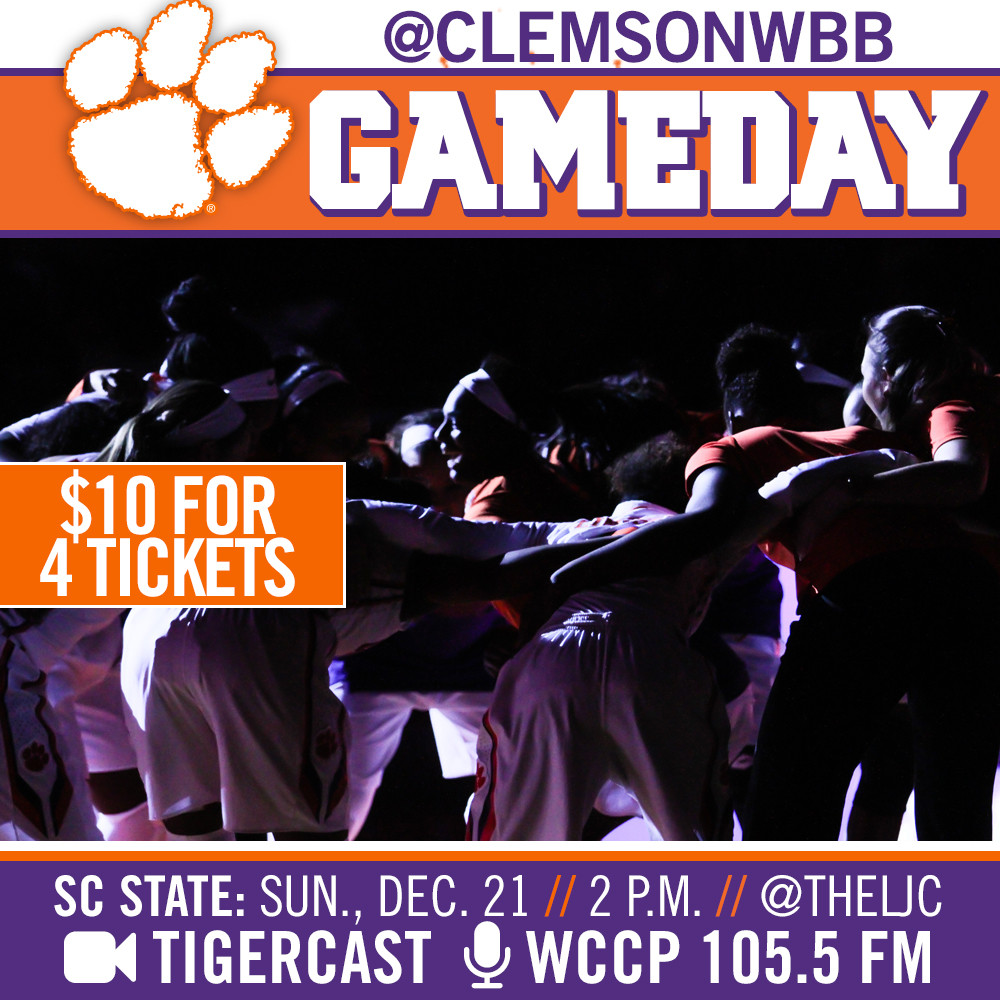 Elementary school students can attend any home game by printing this coupon: (LINK). Sunday’s game is #ClemsonFamily Night, families can buy four tickets (two adult, two youth) for just $10. Santa will be on hand on Sunday as well.

The Tigers are two games into the first six-game homestand in school history, and have NJIT (Dec. 29, 1 p.m.) and the ACC-opener against Virginia Tech (Jan. 2, 7 p.m.) coming up after the Christmas break.

Clemson is coming off back-to-back home wins over Tennessee Tech (76-61) and North Dakota (72-67) in which it did not concede a field goal in the final five minutes of either game.

Longwood will be Clemson’s fifth first-time opponent of the season, while Clemson is 14-4 against SC State all-time, including an 88-46 in Littlejohn last season.