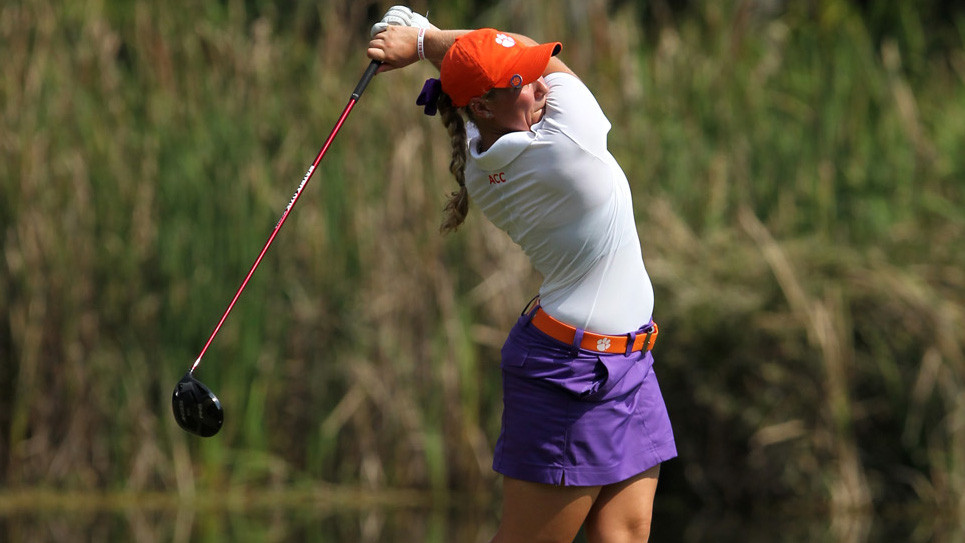 CLEMSON, SC – The women’s golf team will compete in the Allstate Sugar Bowl Intercollegiate Championship in New Orleans, Louisiana February 23-25. The three day, 54-hole tournament will take place at the English Turn Golf Club and will include 17 teams.

“We are excited to be on the road again this weekend heading to a great city and great event,” head coach J.T. Horton said. “Coming from Tulane, Janine Fellows, my assistant coach, and I are very familiar with this golf course and this tournament. I believe the team will enjoy this experience.”

Horton coached at Tulane for three seasons prior to becoming the coach at Clemson and Fellows played at Tulane from 2008-2011 under Horton.

The field for the event is very strong and includes first ranked Southern California, second ranked UCLA, and fourth ranked Washington. 11th ranked Clemson is the only ACC team in the tournament. Alabama, Auburn, Florida, Georgia, Mississippi, Mississippi State, and LSU all represent the SEC. Rounding out the field is Baylor, Denver, Texas, UTSA, Oklahoma State, and host school Tulane.

“The field for this tournament is one of the best in the country and will be a good opportunity to see where we stand. It also gives us a chance to compete against some teams we have not seen this season,” Horton said.

This is the fourth year of Allstate Sugar Bowl Intercollegiate Golf Championship. Southern Cal, who has won eight consecutive tournaments including the 2013 national championship, defeated UCLA in a playoff in last year’s tournament. The Tigers come in with top five finishes in all five of their tournaments this season, including three second place finishes, one of those coming last weekend in the Florida State Match-Up. Ashlan Ramsey and Sloan Shanahan are both ranked in the top 20 in the nation individually.

Clemson’s lineup will include Ashlan Ramsey, Sloan Shanahan, McKenzie Talbert, Lauren Salazar, and Jessica Hoang. The Tigers will play with 9th ranked Oklahoma State and 25th ranked LSU in the opening round on Sunday. The team will go off of the first hole with tee times starting at 10:30 CST. Tuesday’s final round will be a shotgun start.

Live scoring will be available on GolfStat.com throughout the tournament.