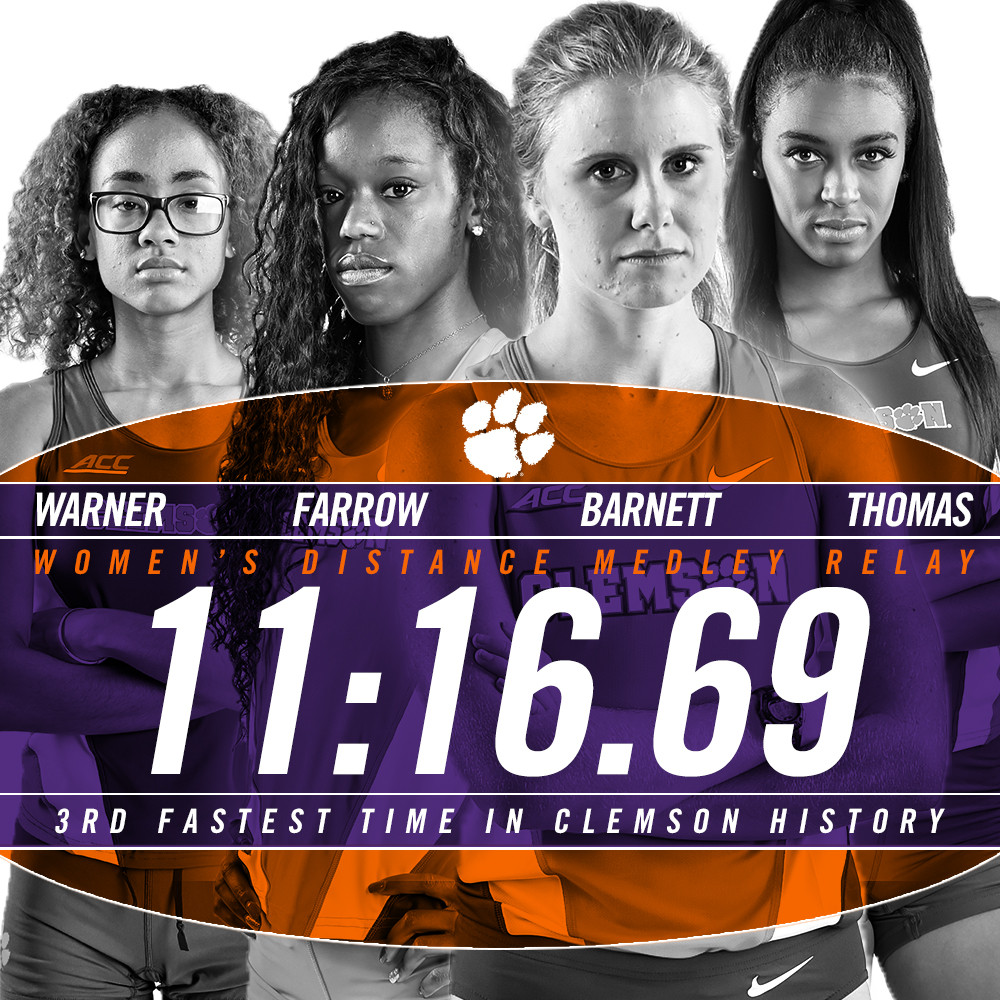 LEXINGTON, Ky. – Ersula Farrow, Markeeta Thomas, Lakeisha Warner and Grace Barnett finished day one of the Rod McCravy Memorial Invitational with a bang on Friday night when they combined for the third fastest distance medley relay time in program history. The performance is currently the second fastest DMR time in the country.

Farrow, Thomas, Warner and Barnett combined for a time of 11:16.69 to finish second in a field of six competing programs. The time is just over four seconds shy of Baylor, which completed the event in 11:12.39. The time surpasses Natalie Anthony, Sonni Austin, Brianna Blanton and Alyssa Kulik on Clemson’s list of all-time best performances in the event as they ran the event in 11:28.89 back in 2012.

Clemson has now run the program’s top three DMR times the last three seasons with Barnett serving as the anchor in all of them. Farrow joined Barnett in last year’s record breaking time of 11:00.44 on the JDL Fast Track at the UCS Invitational.

On the men’s side, the men’s DMR took third behind Kansas and Texas while Chris McBride placed fourth in the long jump behind USC, Texas and Kentucky with a leap of 24-9. The winning jump measured 24-4.75 which is a half-inch shy of the personal best McBride set two weeks ago at the Orange & Purple Classic.

Freshman, Rebekah Smith hung with some of the best in the country when she clocked in at 24.00 in the 200 to finish ninth overall. Her best time this season would have placed her seventh in the race. Imani McGowan followed with a sixth place effort, completing 600 yards in 1:24.05.

The second and final day of the McCravy Memorial begins with the multi-events at 10 a.m. The field events soon follow at 11 a.m.