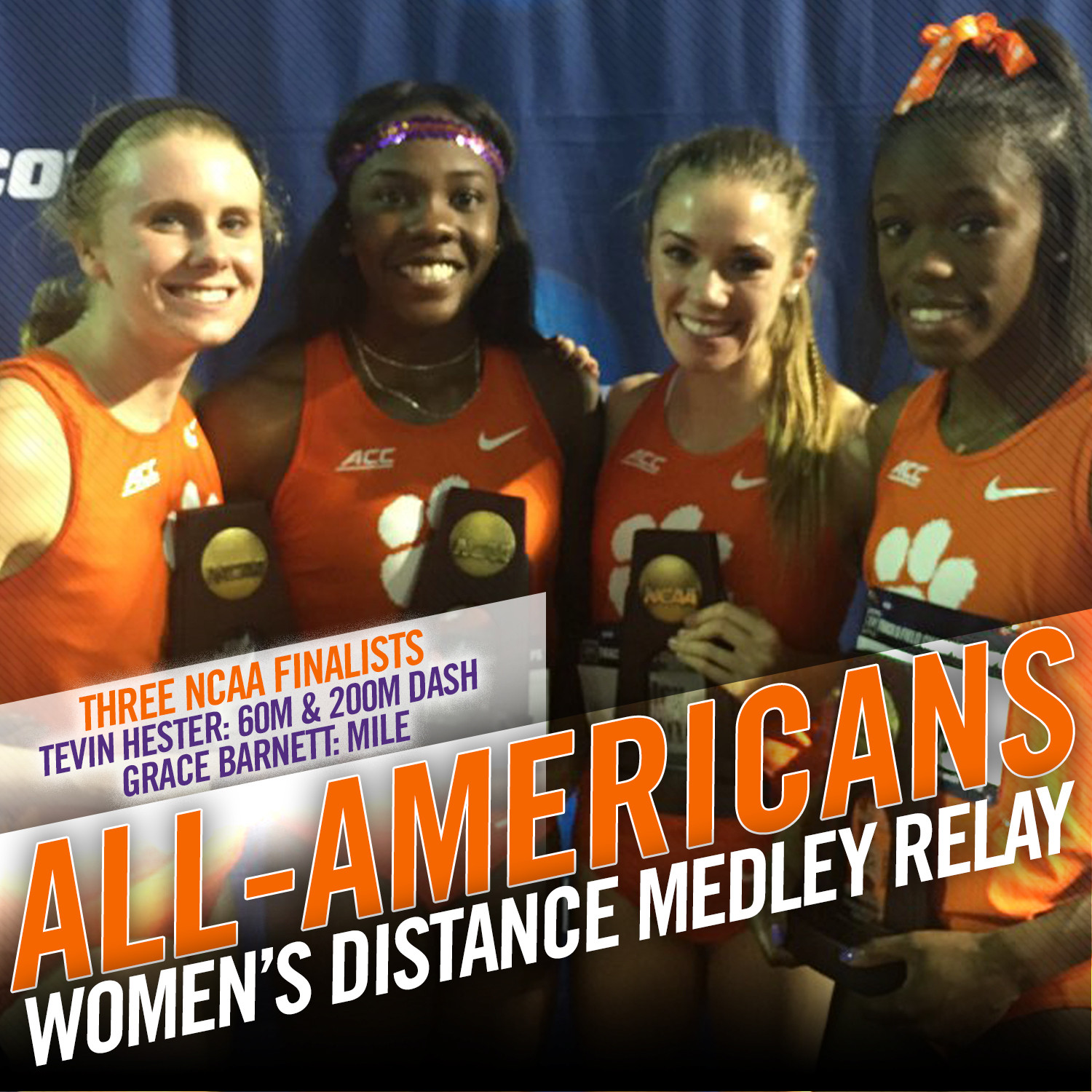 BIRMINGHAM, Ala. – Two freshmen and two sophomores earned First Team All-American honors for the first time in their careers in the first day of competition at the NCAA Championships. Tevin Hester and Grace Barnett both qualified for the finals as well and are scheduled to join Anasterasia Terrell in the NCAA indoor finale tomorrow.

Prior to the relay, Barnett kicked off the day with her 4:37.72 to qualify for the finals in the mile with the seventh best time of the preliminaries. She is one-of-10 competitors to make it to the finals and needs to place in the top eight tomorrow in order to earn First Team All-American status.

Both of Clemson’s women competing in short sprints just missed the finals but still finish their indoor season as Second Team All-Americans. Myasia Jacobs was edged by .007-seconds in the 60 meter dash, finishing with a time of 7.27, while Sabria Hadley fell short of the cut in the 200 meter dash with her time of 23.62.

Tomorrow, Barnett will kick things off again in the mile, followed by Hester in the 60m and 200m while Terrell is scheduled to compete in the triple jump.