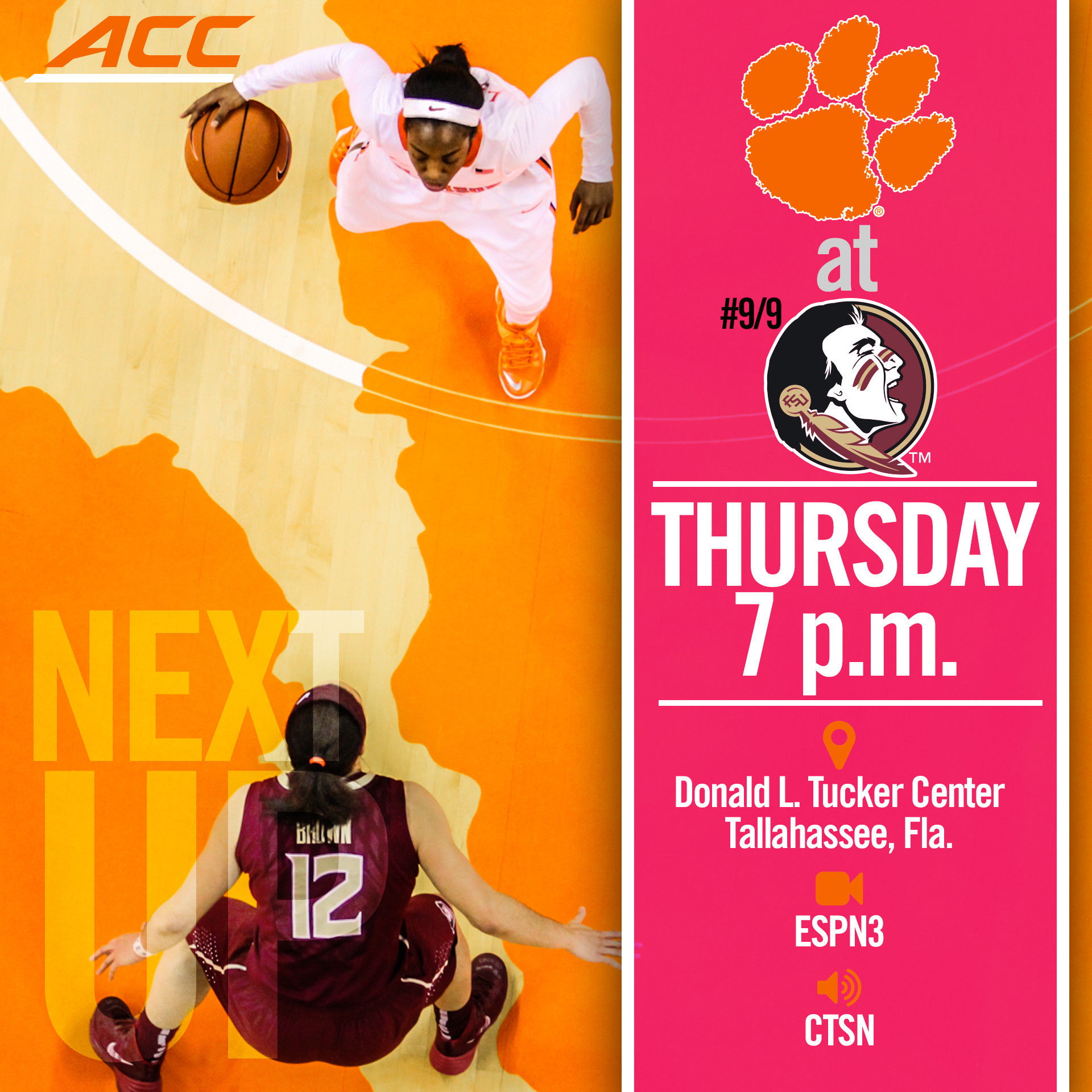 Women’s Basketball Travels to No. 9 FSU

CLEMSON, S.C. – Clemson will travel to Tallahassee on Thursday to take on the ninth-ranked Florida State Seminoles for the second time this season. The Tigers (9-16, 1-11) played the Seminoles (23-3, 10-2 ACC) just last month, losing 82-52 in LittleJohn Coliseum on January 8th. Clemson leads the overall series between the two schools 24-23, however, Clemson has lost 11 in a row to the Seminoles with the last Tiger win occurring on March 1, 2008. Florida State enters the game ranked in the top ten in both polls (No. 9 in AP, No. 9 in Coaches).

Over the past eight games, spanning from the North Carolina contest on January 18th to the upcoming game in Tallahassee on Thursday, the Tigers will have faced five teams ranked in the top 15 in both the AP and Coaches polls (UNC, Notre Dame, Duke, Louisville & FSU). The Tigers are looking for their first win against a ranked team since January 12, 2012 when Clemson beat #21 North Carolina.

Eleven different Tigers have scored in double-figures this season, led by Nikki Dixon (15.2 ppg), who has scored ten or more in 22 out of 25 games. In Clemson’s previous contest against the Seminoles on January 8th, Dixon paced the Tigers with 17 points, six rebounds and four steals. Tiffany Lewis added 14 points in the contest, while MaKayla Johnson had 10. Clemson also had a season-high 17 steals in the contest

Freshman Shelbie Davenport has scored in double-figures in the Tiger’s last three games, averaging 14.0 ppg over that span. Furthermore, Davenport and fellow Murfreesboro-native Tiffany Lewis have each hit at least one three pointer in Clemson’s last three contests.