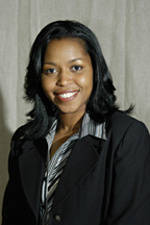 Women’s Basketball To Face Florida State In Tallahassee On Thursday

CLEMSON, SC – The Clemson women’s basketball team will travel to the state of Florida on Thursday to battle the Seminoles of Florida State at the Donald L. Tucker Civic Center in Tallahassee. The Lady Tigers are 8-10 overall with a 2-2 record in conference games, while the Seminoles have a 10-6 overall record with a 1-2 mark in ACC action. Thursday’s game will tipoff at 7:00, and fans can follow the action on the radio with Dan Scott and Kanetra Queen on WCCP-FM (104.9) or by accessing livestats at www.clemsontigers.com.

With a 19-point and 11-rebound performance against Wake Forest on Sunday, Clemson sophomore Maxienne White improved her season scoring average to 10.3 points per game and her rebound ratio to 6.7 per game. She has averaged nearly 13 points and nine rebounds in each of the Lady Tigers’ last 10 games. Senior Amanda Frist has posted double-figure point totals in five of Clemson’s last six games to bring her season average to 9.8 points per game, while fellow senior Julie Talley continues to shoot a high percentage from three-point range at 41.7% (45-108). Point guard Tasha Taylor’s assist per game average ranks second in the ACC as she has handed out 110 so far this season.

Ganiyat Adeduntan leads the Seminoles with a 12.4 point per game scoring average. She has converted 20-60 three-point field goals and is shooting 81.8% from the free throw line. Alicia Gladden and Britany Miller are also averaging in double figures at 11.6 and 10.1, respectively. Miller is leading the team on the boards with a 5.3 rebound per game average, and Gladden ranks second at 4.9 per game.

As a team, Florida State is averaging 72.5 points per game on 42.6% shooting. The Seminoles are averaging just 16.1 turnovers per game while forcing the opposition to an average of 20.9.

The Series Clemson and Florida State have met on the basketball court on 30 previous occasions. The Lady Tigers have won 23 of those contests, but the Seminoles have claimed the past six. Florida State defeated Clemson twice during the 2004-05 season, including a 82-61 victory in Tallahassee. The Lady Tigers have a 10-3 record in games played on the Seminoles’ home court, but won their last contest in Tallahassee during the 2001-02 season. Clemson defeated Florida State by a score of 56-43 that year.