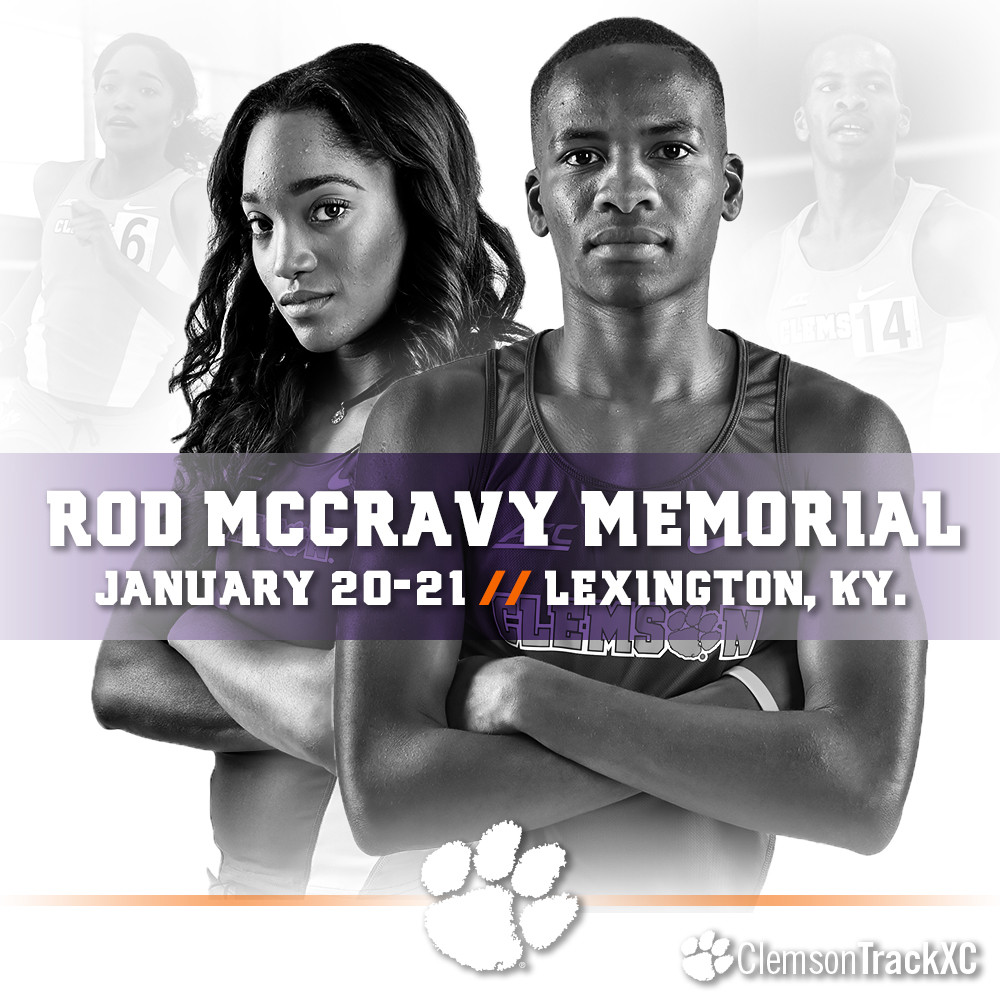 LEXINGTON, Ky. – Clemson competes in its first meet away from home as a team for the first time this season when it takes on 10 nationally ranked programs in the Rod McCravy Memorial on January 20 and 21. Grace Barnett is the only Tiger this season to compete on the road as she set the Clemson indoor program record in the mile at the Reveille Invitational back on December 10.

Kentucky will host 13 universities over the course of a two day meet in one of the finest facilities the SEC has to offer as the Wildcats have hosted seven SEC Championships dating back to 1996. Of the 10 ranked programs, seven are women’s teams as No. 4 USC, No. 5 Texas, No. 8 Kentucky, No. 13 Baylor, No. 14 Miami and No. 21 Ole Miss. The three men’s teams ranked in the nation’s top 25 are No. 6 USC, No. 7 Texas and No. 20 Penn State.

Clemson is currently off to an impressive start to its indoor season as two program records have fallen, seven all-time best performances have been recorded and two of the seven Clemson Indoor Track & Field Complex facility records broken this season have been by Clemson student-athletes.

Last time out, Ersula Farrow claimed the 800m facility record with fifth fastest time in the country when she clocked in at 2:06.17. In the field, Iana Amsterdam proved most impressive as her leap of 42-6.75 in the triple jump was good enough to win the event, claim her the ACC Women’s Co-Field Performer of the Week award and place her eighth in the country. On the men’s side, Chris McBride strung together an impressive series in the long jump fresh off his record breaking jump the week prior. Each of the sophomore’s four jumps measured 24-3.75 in distance or better. He ultimately won the event with a leap of 25-0.5.

Action begins Friday and Saturday with the multi-events at 10 a.m., with field events kicking off at 3 p.m., on Friday and 11 a.m., on Saturday.