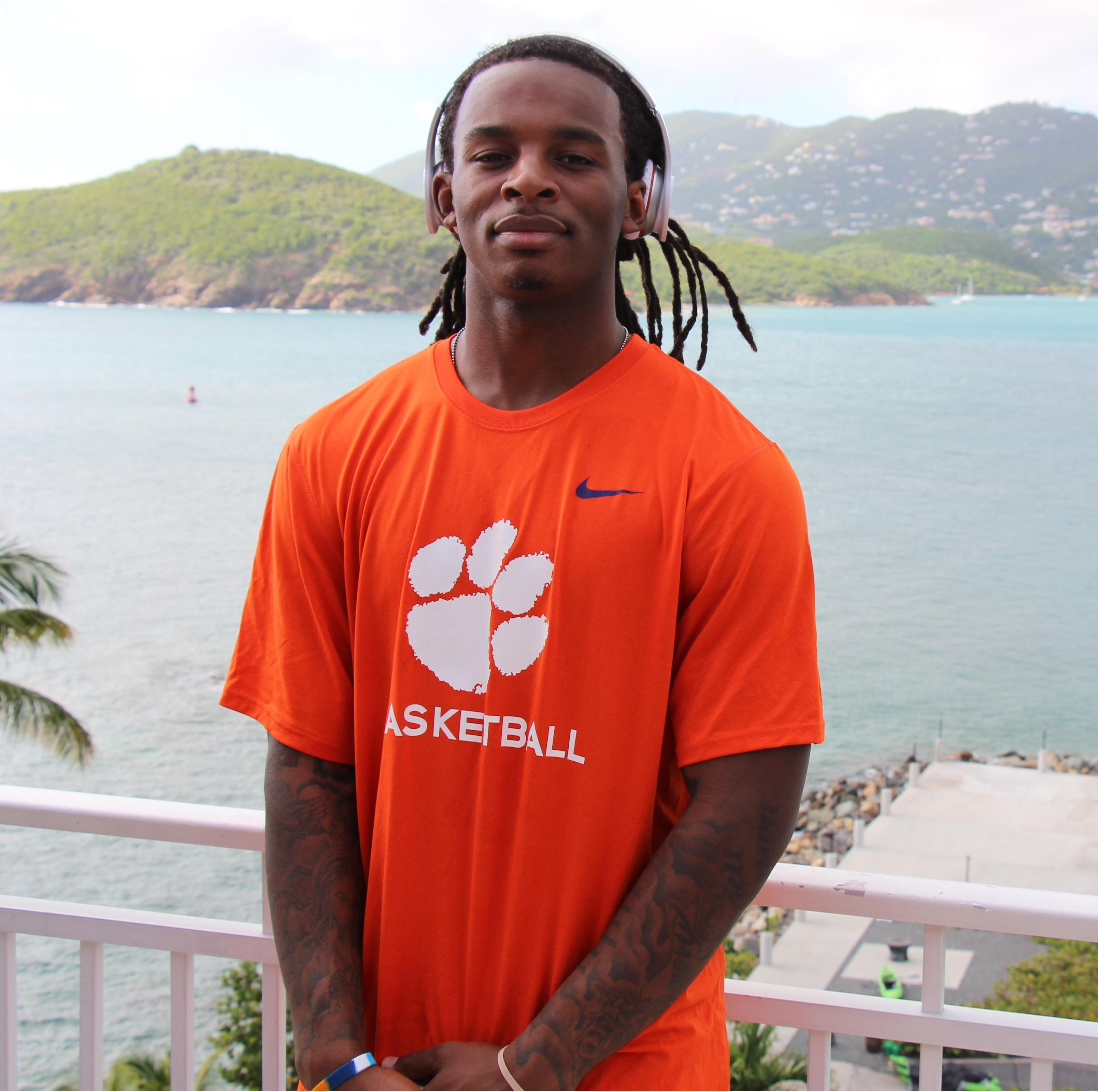 It was a long day of travel for the Tigers, as the team departed our hotel in Atlanta for the airport shortly after 7 a.m. After a breakfast stop in the terminal, the coaches, players, support staff and families (about 40 people total) boarded the Delta flight for the U.S. Virgin Islands about 9:15 and left shortly before 10. With the one-hour time difference, the plane touched down about 2 p.m. in St. Thomas.

The team had a few hours to kill before its Wednesday practice, but don’t think it was wasted time. The 12 players split into groups to lift weights in the hotel’s fitness center prior to the 7 p.m. practice at the USVI Sports & Fitness Center.

The two-hour practice focused mainly on Clemson’s defense, which yielded an uncharacteristic 77 points in a loss to Winthrop on Monday. Gardner-Webb, Clemson’s first-round opponent, can certainly score. The Bulldogs put 82 on the board at LSU in a loss, and 80 again on the road in a win over the College of Charleston.

For the second time in Brad Brownell’s tenure, the Tigers are taking part in the Paradise Jam. He took Clemson to the event his first season on the job. The 2010-11 squad beat a talented Long Beach State team, fell to eventual champion Old Dominion in the semifinals and rebounded with a win over Seton Hall in the consolation game.

Speaking of ODU and Seton Hall, both the Monarchs and Pirates are back in the Paradise Jam as well. We ran into both teams at the hotel. Coach Brownell and I recalled the tough loss to ODU before his team gutted out a win over Seton Hall in overtime despite an ugly shooting night. Devin Booker’s free throw in the final second sent the game to overtime, and the Tigers ultimately won.

None of the current guys have played in the event, obviously, but one of our freshmen has surprisingly been to St. Thomas. Gabe DeVoe went on a Caribbean cruise when he was in the seventh or eighth grade. He went with his parents, and they’re both flying in Friday for the tournament. That’ll be a great source of support for DeVoe and his teammates.

After practice, the team gathered for an outstanding meal featuring lobster, shrimp, ribs and steak. They’ll practice again Thursday and go through the scouting report on Gardner-Webb, in addition to taking part in a brief welcome reception at the hotel.

We’ll visit with Coach Brownell and a player on Thursday, so make sure to check ClemsonTigers.com for all the latest news, photos and more.