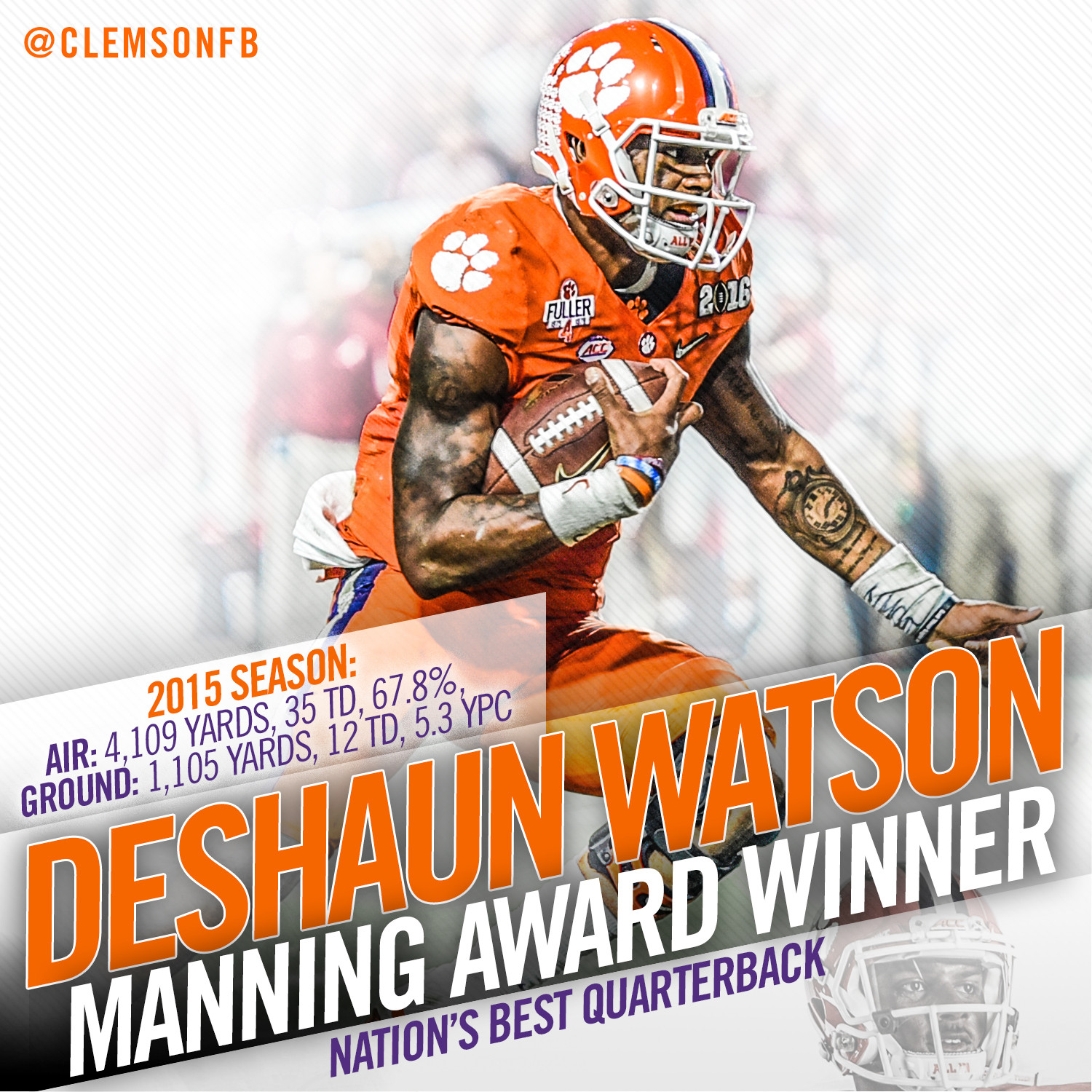 Clemson, S.C.—Clemson sophomore quarterback Deshaun Watson has been named the recipient of the 12th annual Manning Award for the 2015 season.

The Manning Award was created by the Allstate Sugar Bowl to honor the college football accomplishments of Archie, Peyton and Eli Manning. It is the only quarterback award that takes into consideration the candidates’ bowl performances in its balloting. The award is voted on by a panel of local and national media, as well as each of the Mannings.

Watson is the first Clemson quarterback to win the award.  In December, Watson was also the recipient of the Davey O’Brien Award as the nation’s top quarterback. Watson will be honored by the Manning Family in New Orleans later in the spring.

Nationally, Watson ranked first in the nation in QBR (87.8), third in the nation on points responsible for with 282, was fifth in completion percentage (.678), was eighth in touchdown passes with 35, eighth in total offense per game (347.3) and was 12th in passing efficiency at 156.3.

Watson was named the consensus All-America quarterback, was third in the Heisman Trophy balloting, was the Most Valuable Player of the Atlantic Coast Conference and was the MVP of the ACC Championship game and the Orange Bowl.

Watson had 405 yards passing and 73 yards rushing for 478 yards of total offense against Alabama’s No. 2 ranked defense on Monday night in the National Championship game.   The Crimson Tide defeated Clemson, 45-40.