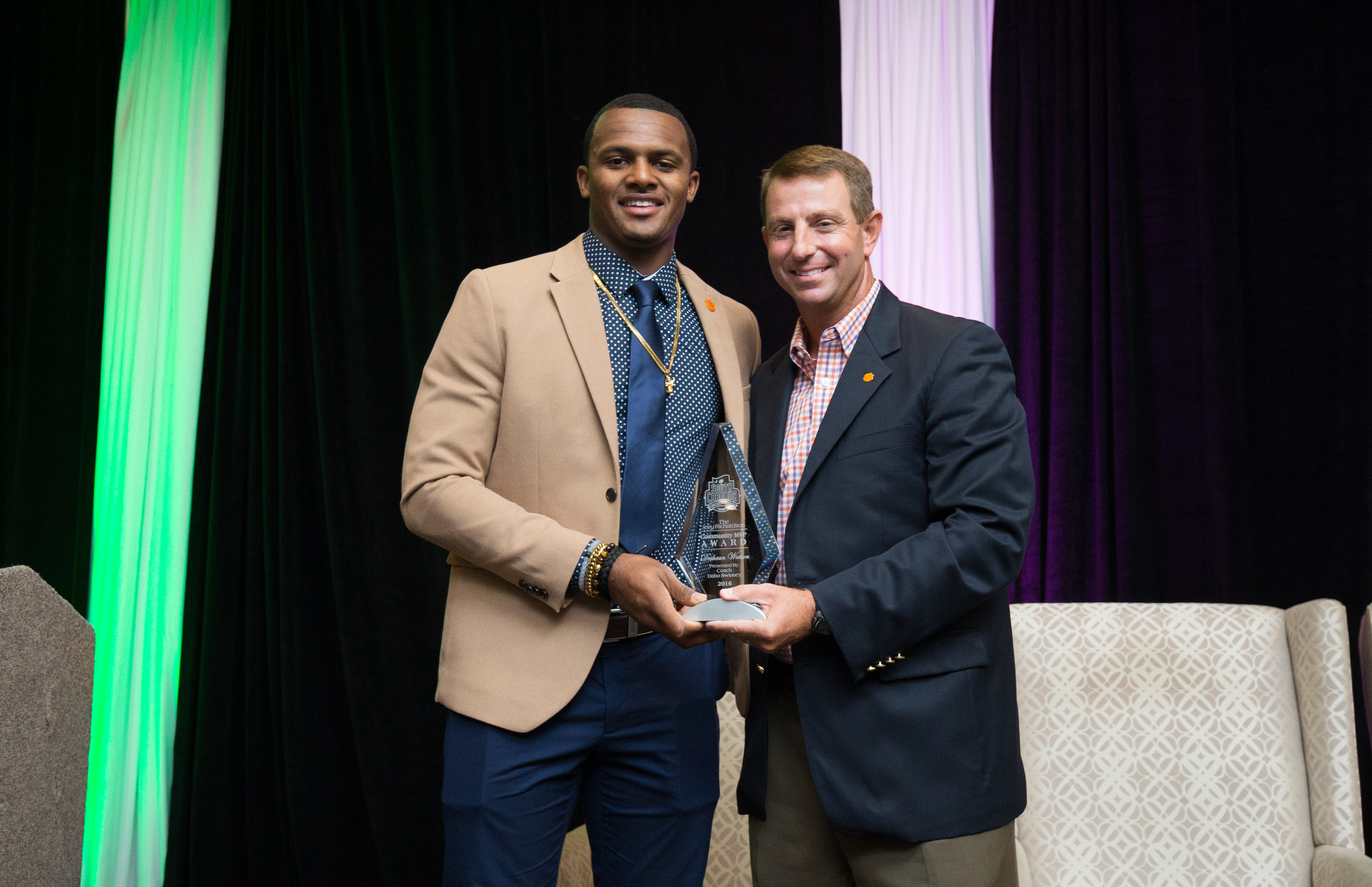 Football coaches from around the state were together for the evening, all in the name of charity.  The list of college head coaches included Dabo Swinney, Will Muschamp, Brent Thompson, Mike Ayers, Bruce Fowler and Buddy Pough.

Each coach chose a charity that benefits from his participation, as well as his Jerry Richardson Community MVP Award honoree, who were recognized during the evening.

Watson had an outstanding year on the field, helping the Tigers to a 14-1 record and the ACC Championship.  The Tigers finished second in both wire service polls after reaching the national championship game against Alabama.  Off the field, he received much acclaim for his work with Habitat for Humanity and was named to the ACC Academic honor roll.  He is slated to graduate in December in just three years.

“The guy has no flaws,” said Swinney of his All-American quarterback.   “He’s so talented, but he’s a better person than he is a football player.”  Eric Mac Lain, one of the captains of Clemson’s 2015 team, was the recipient of the award last year.