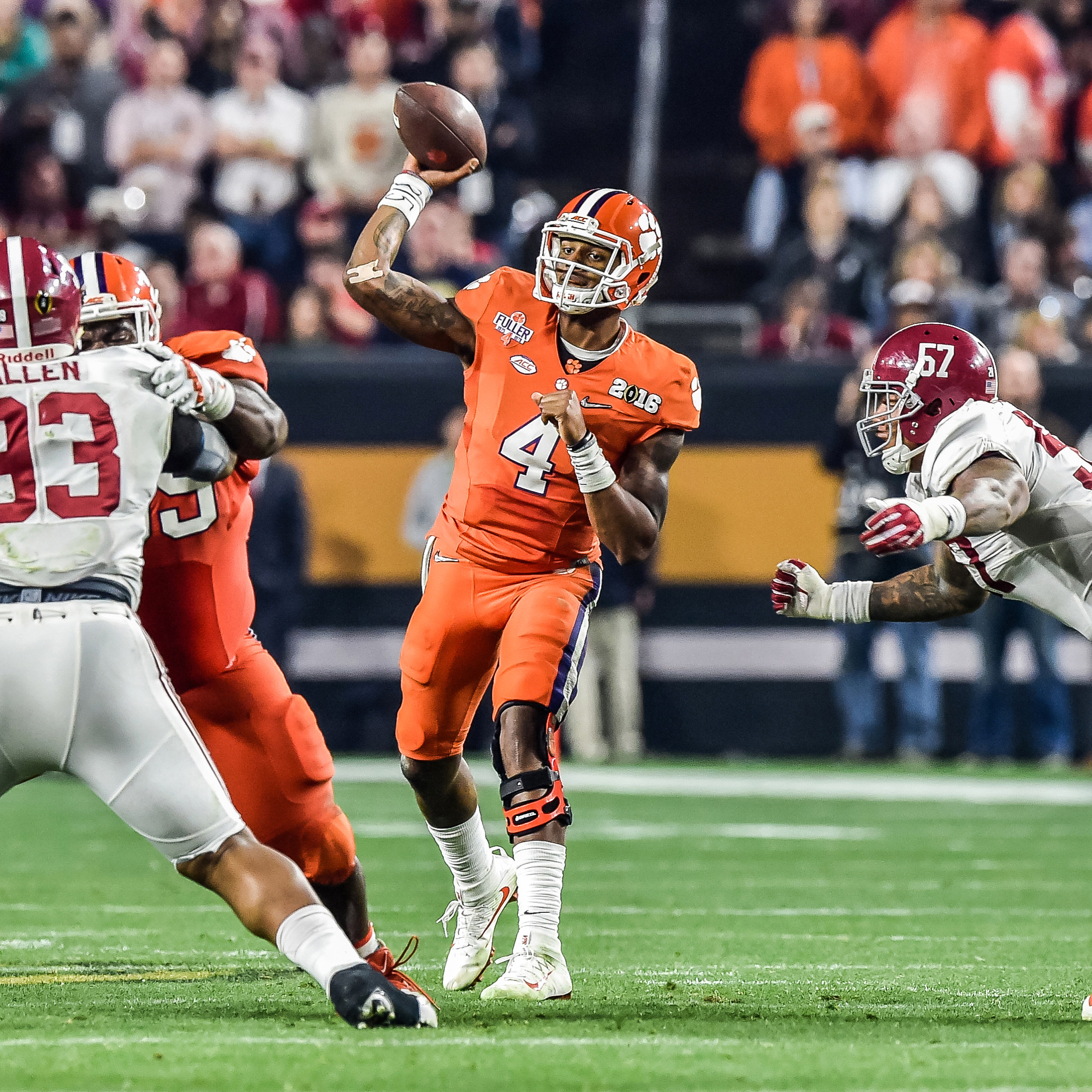 Watson Rated No. 1 by ESPN

Watson was ranked No. 22 in the nation entering last year and finished third in the Heisman Trophy voting, the first Clemson player to be a Heisman finalist.  He led the Tigers to a 14-1 record and No. 2 national ranking at season’s end.  He became the first FBS player in history to throw for over 4,000 yards and rush for over 1,000 in the same season.  He was a first-team All-American and ACC Player of the Year.

Eight different media outlets selected top 40, 50 or 100 players this off season and Watson was named the nation’s top player by five of them.  The others to pick him No. 1 were Sporting News, CBS Sports, NFL.com and Athlon Sports.  Bleacher Report chose Watson No. 2, while Sports Illustrated and Pro Football Focus chose Watson sixth.

Ten current Clemson players were listed as top 100 players by at least one of the eight media outlets.  Ben Boulware was ranked 23rd by Si.com and 32nd by Sporting News.  Jordan Leggett was ranked 79th by NFL.com and 92nd by Si.com.  Carlos Watkins was ranked in the top 50 by NFL.com (14), Sporting News (38) and Si.com (49).  Cordrea Tankersley was ranked 57th by Pro Football Focus and 90th by NFL.com.