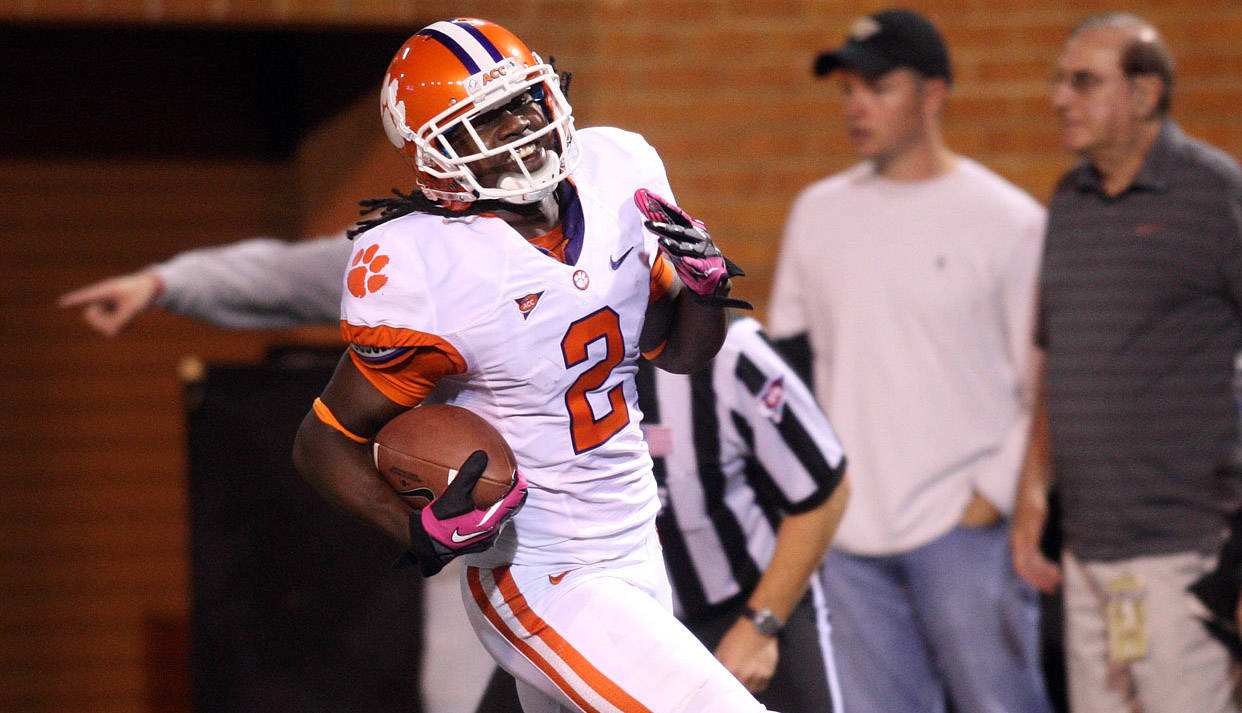 Watkins has 57 receptions for 708 yards and three touchdowns this year.  He ranks third in the ACC in receptions per game with 6.3 and is fifth in receiving yards per game with 78.7.  He is also fifth in all-purpose yardage with 119.6.

The sophomore from Fort Myers, FL has caught at least one pass in all 22 games he has played at Clemson, including 11 for 110 yards against NC State  this year.  He also established the Clemson record for receiving yards in a game when he had 202 at Wake Forest earlier this year.  Over the last six games of the regular season Watkins had 41 receptions for 590 yards and three scores.