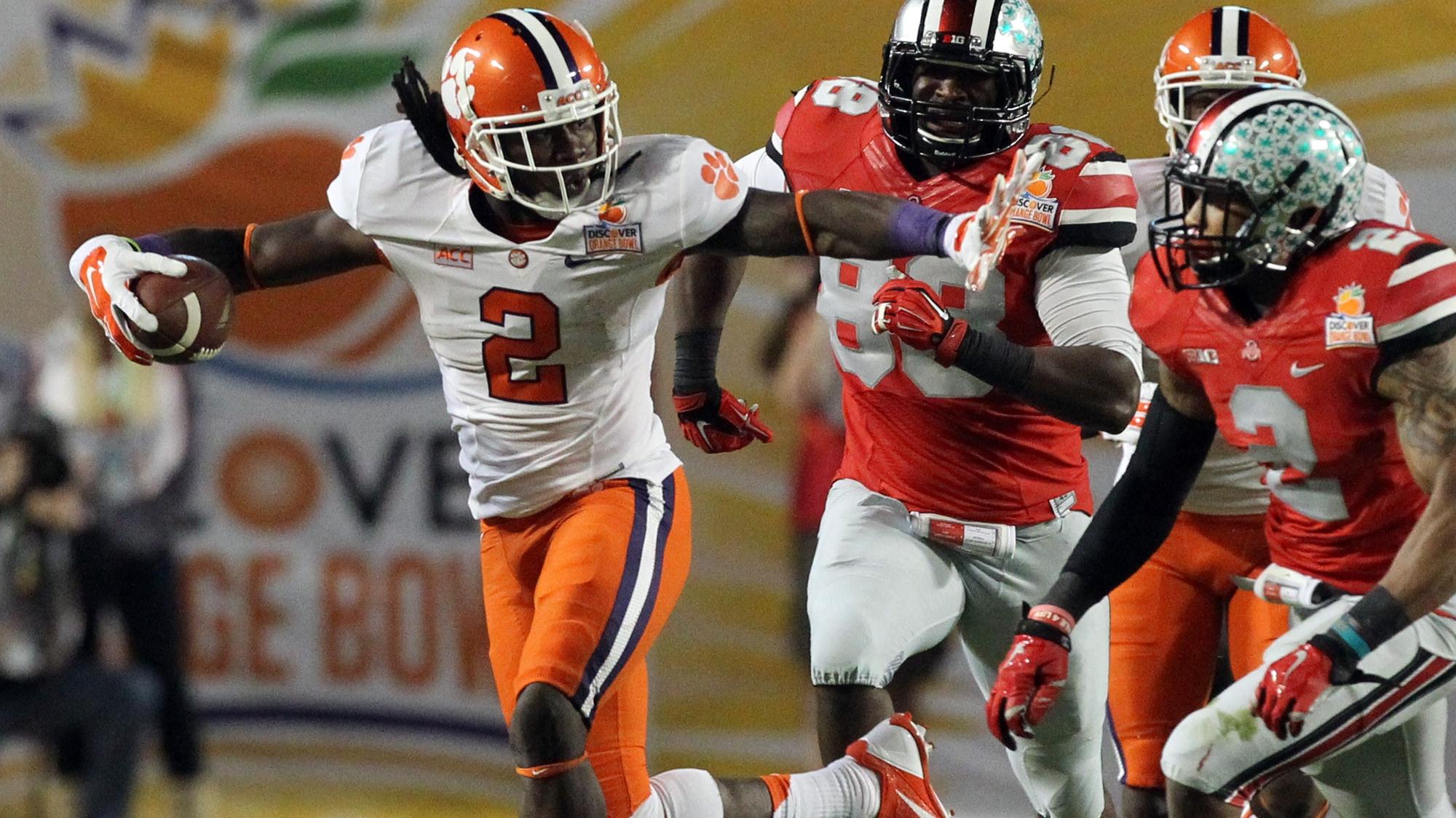 CLEMSON, SC – Clemson junior receivers Martavis Bryant and Sammy Watkins and junior defensive back Bashaud Breeland announced Monday that they will make themselves available for the 2014 NFL Draft.

WatkinsWatkins leaves Clemson as a three-time first-team All-American and the school’s record holder in terms of receptions and reception yards on a game, season and career basis. Even though he played just three years, he set 23 Clemson records.

“I am very thankful for the past three years at Clemson University that have enabled me to grow academically, athletically, and spiritually,” said Watkins. “After much prayerful consideration, I have decided to take the next step in pursuing my lifelong dream of playing in the NFL.

“I would not have this opportunity without the support and encouragement of my family, coaches, teammates, and the best fans in college football. No matter where my next steps may lead, I will always take pride in the PAW and will forever be a part of the Clemson family.”

Watkins finished his Clemson career in grand style as he was named the Most Outstanding Player of the Discover Orange Bowl. He had 16 receptions for 227 yards and two scores in Clemson’s 40-35 win over sixth-ranked Ohio State.

The native of Fort Myers, FL was a first-team All-American this year by the American Football Coaches Association and was a finalist for the 2013 Biletnikoff Award.

Watkins finished his career with 240 receptions for 3,391 yards and 27 touchdowns. The reception total and yardage total are Clemson records and the touchdown total tied former teammate DeAndre Hopkins, who is now with the Houston Texans of the NFL.

In terms of national rankings this year, Watkins was seventh in reception yards per game with 112.6, 10th in touchdown receptions with 12, and 11th in receptions/game with 7.8.  He led the nation in receptions vs. teams with a winning record with 67 and was second in yardage with 1,009. He was the only player in the nation with two receptions of at least 90 yards.

BryantBryant, a junior from Calhoun Falls, SC, finished this year with 42 receptions for 846 yards and seven touchdowns. His 19.7 yards per catch ranks ninth in the nation among players with at least 20 receptions. He had his best game of the year in the Thursday night win over Georgia Tech when he had five catches for 176 yards.  He finished his career with three catches for 28 yards and two scores in the win over sixth-ranked Ohio State in the Discover Orange Bowl last Friday.

BreelandBreeland was a second-team All-ACC selection this year, who helped the Clemson defense rank 16th in the nation in fewest passing yards allowed for the course of the season. He finished this season with four interceptions and 13 pass deflections to lead the team in both categories.

The native of  Allendale, SC has been at Clemson for four years, but he red-shirted the 2010 season. He had eight tackles in Clemson’s win over Ohio State, including a sack on the Buckeye’s next to last drive, a hit that led to a fumble recovery by Spencer Shuey to stop an Ohio State drive. Breeland finished with 74 tackles for the season.