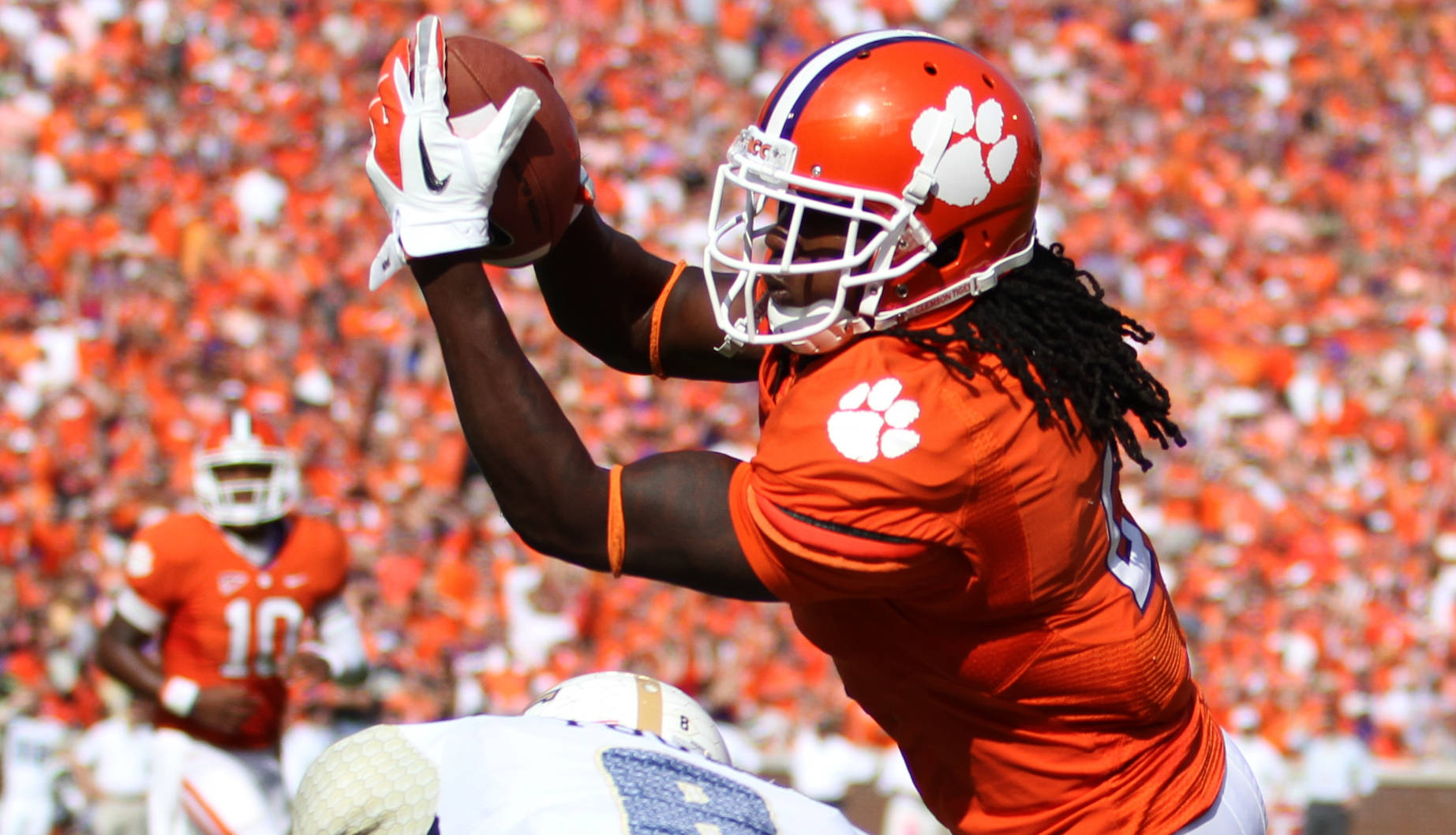 CLEMSON, SC – Clemson wide receivers Sammy Watkins and Charone Peake have been named to the 2013 Biletnikoff Watch List.  Watkins and Peake are two of 10 ACC receivers on the list.  Clemson is the only ACC school with two representatives.

The Biletnikoff Award is presented each year to the top receiver in the nation.  It is named after former Florida State receiver Fred Biletnikoff.  Ten semifinalists will be announced on November 18 and the winner will be introduced on ESPN at the Home Depot College Football Awards Show in Orlando, FL on December 12.

Clemson has had a semifinalist each of the last two years, Watkins in 2011 and DeAndre Hopkins in 2012.  Tony Horne (1997) and Rod Gardner (2000) are other Clemson wide receivers who have been semifinalists.

Peake, a junior from Moore, SC, had 25 receptions for 172 yards and two scores last year.  He started just two games last year, but is expected to move into a starting position this year with Hopkins moving on to the NFL as a first-round draft pick.