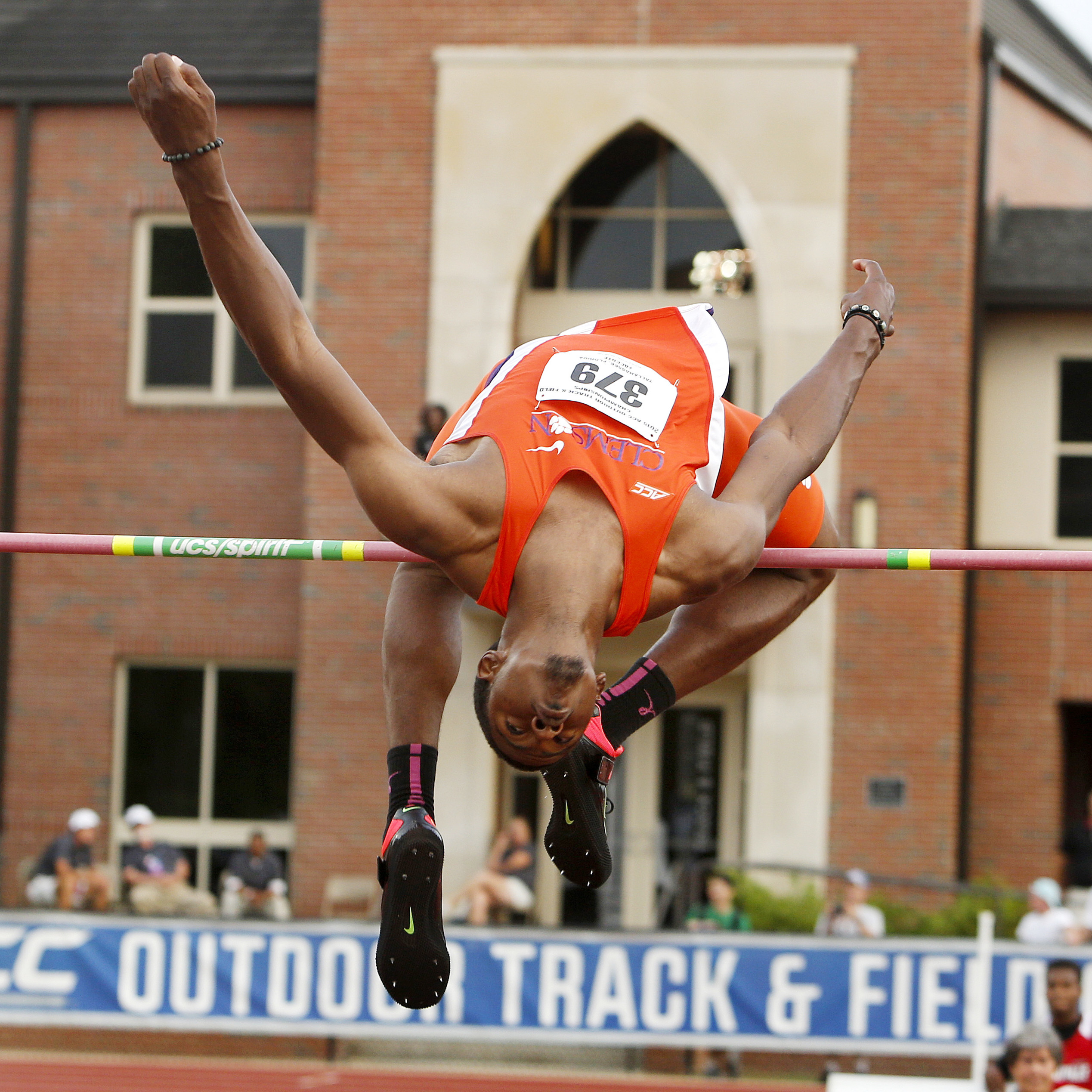 CLEMSON, S.C. — Torian Ware claimed the first men’s high jump title at the ACC Championships for a Clemson athlete since 2007 on Friday, day two of the outdoor conference meet in Tallahassee, Fla. He is the first Tiger since Adam Linkenauger to win the gold medal in the event.

Ware cleared 7-0.25 on his first attempt, which was all he needed to gain victory. The senior, competing in his final ACC Championships meet, finished his four years with five first-team All-ACC honors.

In addition to Ware’s exploits, Friday was a productive day on the track, despite inclement weather late in the day. The Tigers qualified 13 runners for Saturday finals, adding to the eight that qualified on day one of the meet Thursday. Through seven events, North Carolina’s women and Virginia’s men lead the team standings.

Four athletes qualified for the 100 final, including three from the women’s team. Sabria Hadley led the way with a time of 11.52. Tevin Hester was impressive with a time of 10.26 in the men’s prelims, coasting across the finish line for his second sprint qualification of the week.

The 400 — an event in which Clemson no qualifiers for the ACC Indoor final — was a stark contrast this time around. Clemson qualified three men, led by Jeffrey Green’s personal best 45.97. It was the eighth-best time in school history. The women qualified two, including Natoya Goule who ran a personal best 52.57. Her mark was No. 4 in the Tiger record books. Goule later followed in her natural event, the 800, and qualified for Saturday’s final.

The high hurdles saw Justin Johnson produce a personal best of 13.61, No. 5 in program history. Johnson and Elijah Britton qualified from the men’s team, while Samantha Elliott will try for the double Saturday after posting a 100-meter hurdles time of 13.48.

The action concludes Saturday, starting with the women’s pole vault at 11 a.m. The event was delayed due to Saturday due to the rain. The first running final will be the women’s 4×100 relay at 5 p.m. ESPN3 will carry live action, beginning at 6 p.m.