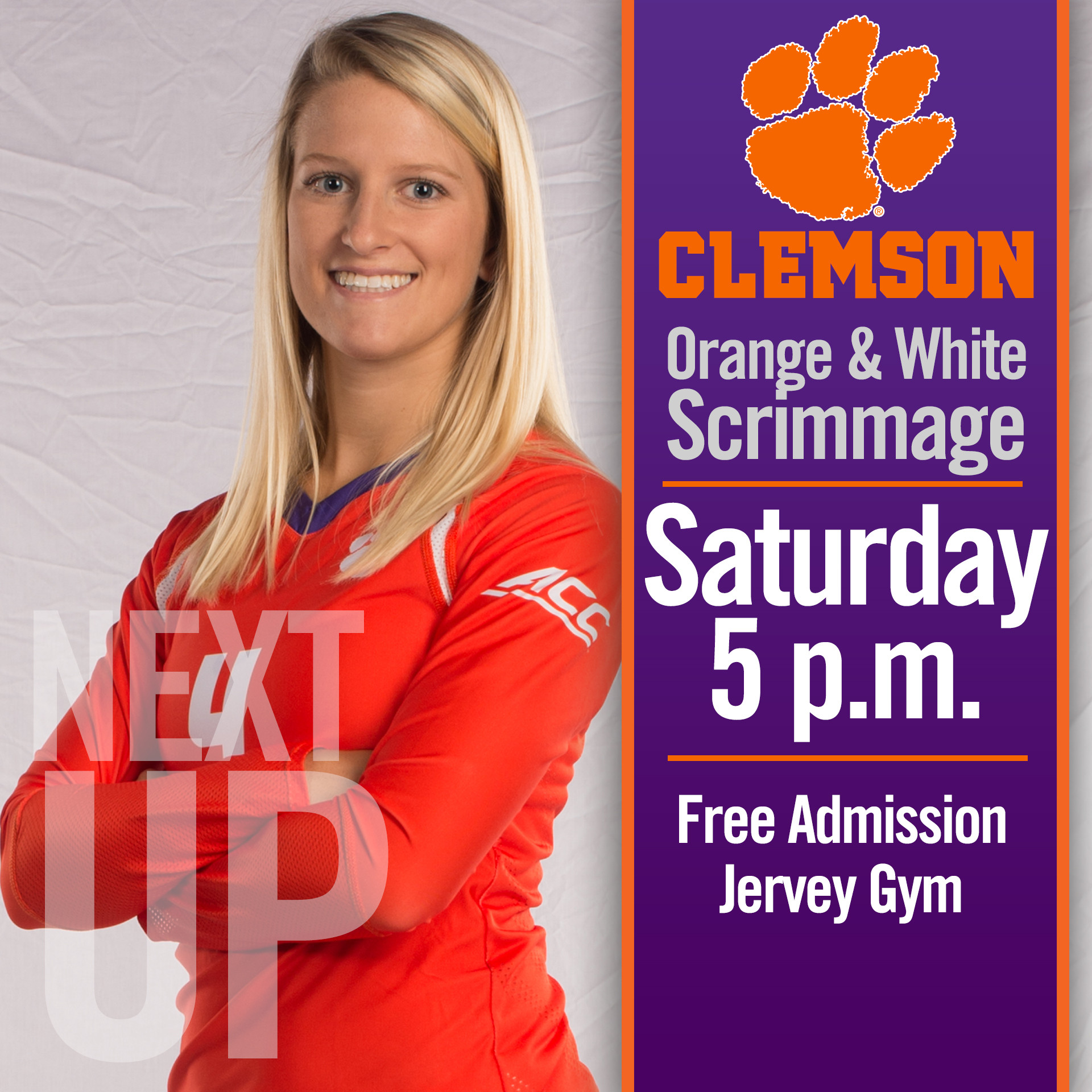 CLEMSON, S.C. – Clemson will host its annual Orange and White Scrimmage on Saturday, August 22 at 5:00 p.m., in Jervey Gym. Fans have the opportunity to watch preseason volleyball action as the Tigers showcase their talents prior to the start of the regular season on August 28.

This year’s Clemson volleyball program is led by head coach Hugh Hernesman and his staff. He and his wife Stephanie came from Northwestern State after building the Lady Demons into a powerhouse in the Southland Conference.

“From what I understand, we normally get a pretty good crowd in Jervey, even for our scrimmage,” Hernesman said. “So for us to showcase our team and new players to our fan base is something we’re looking forward to.”

As excited as Hernesman is to see what Jervey is like with fans in the stands, he is as excited, if not more, to see how his team has come together in a live setting.

“We’ve been training heavily this preseason camp and there’s been a lot of learning in the gym. So for me, I’m looking forward to see what translates in a match day environment.”

Clemson returns Leah Perri, Kate Federico and Lou Davis as key contributors from last year’s team but the 2015 squad features nine new student-athletes. Keelie Arneson, a transfer graduate student from Northwestern Statem, highlights the cast of newcomers. Arneson was the Southland Conference Libero of the Year in 2013 and was off to a tremendous start in 2014 before her season was cut short by a torn Achilles.

One of the eight freshmen in this year’s class is Megan McGinley. The middle blocker joined the program last spring after graduating from Chagrin Falls High School in Ohio.

“Coming to Clemson early has exposed me to all the talk about Clemson’s spirit,” McGinley said. “I’m so excited to finally experience the support of our fans first hand. After coming to the South Carolina game on my unofficial visit, I knew the Clemson community was something I wanted to be a part of.”

The Tigers begin their season hosting UNC Wilmington, Charleston Southern and Appalachian State in the Big Orange Bash on August 28 and 29. The Orange and White Scrimmage as well as all home matches this season are played in Jervey Gym and free of admission.