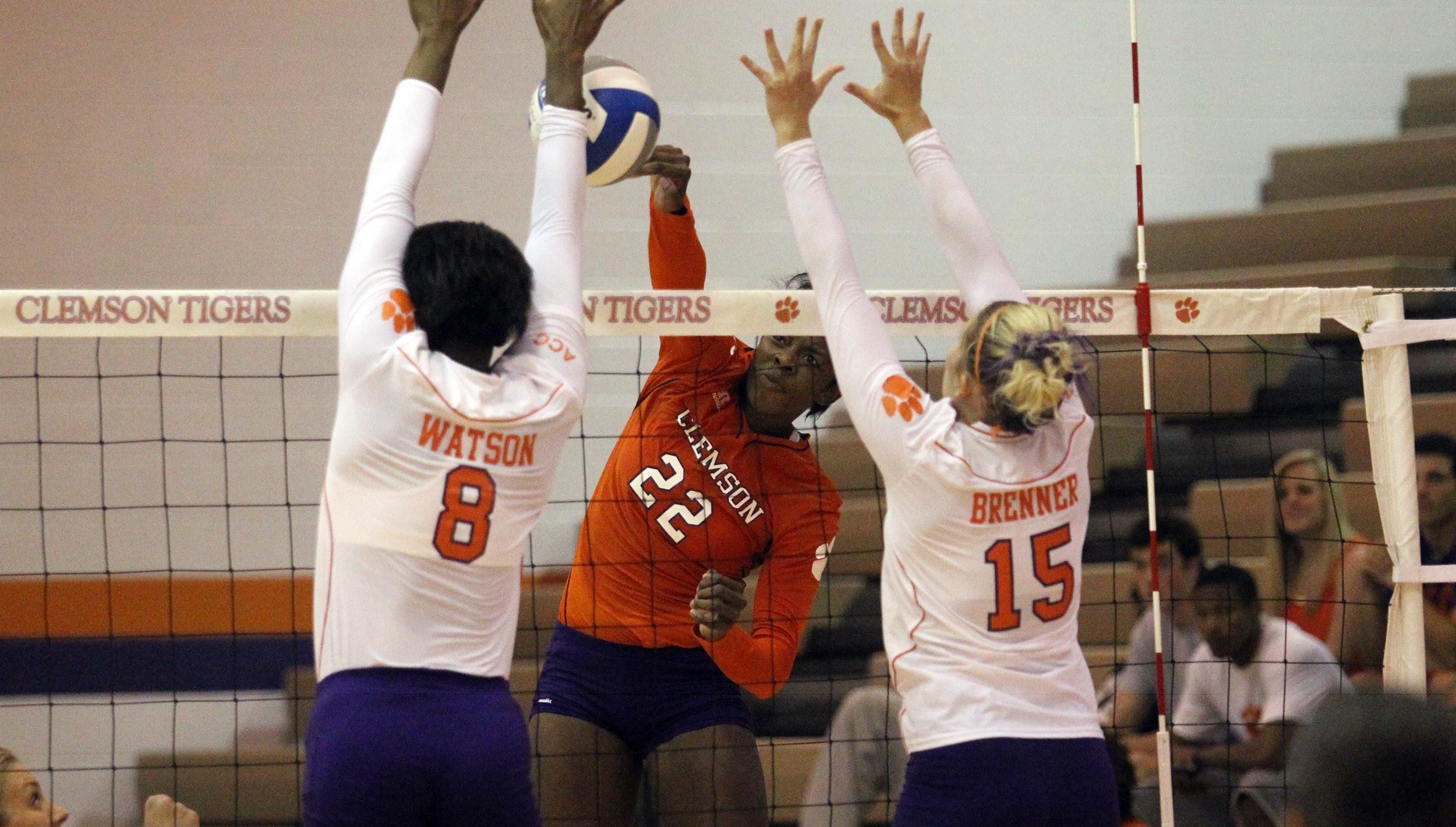 CLEMSON, SC – The Clemson Volleyball team (@ClemsonVB) has been picked to finish eighth in the preseason ACC poll, voted on by the league’s 15 head coaches. Senior Mo Simmons represents Clemson on the preseason All-ACC team as well, the first such honor of her career.  The Tigers have nine newcomers, and lost four three-and-four-year starters from last season, when they won 21 matches, and narrowly missed a bid to the NCAA Tournament. Simmons, who finished last season ranked seventh in the ACC at 3.17 kills per set, is the Tigers’ leading returning scorer.  Simmons was named to the All-Tournament team of all four early-season tournaments in which the Tigers participated a season ago. Her breakout season last year also included a 3.06 digs per set average and a 0.81 blocks per set average. Simmons spent part of the summer training with the USA Volleyball A2 Development program.  Also returning is Kristin Faust, who was third on the team in kills a season ago as a sophomore and one of the squad’s best passers at 3.10 digs per set and a .955 serve receive rate. Senior setter Hannah Brenner, who finished 5th in the ACC at 10.04 assists per set and is a three-year starter, is also back. Those three are the most experienced returners, and the rest of the lineup will be filled out by a series of impact transfers and freshmen.  Florida State was tabbed unanimously as the league favorite. North Carolina picked up 178 points for second place, while Miami (169), Notre Dame (153) and NC State (133) rounded out the top five. Duke’s 126 points placed it ahead of Virginia Tech (122), Clemson (109), Georgia Tech (82) and Maryland (81). Virginia (64), Syracuse (51), Pitt (49), Boston College (33) and Wake Forest (29) completed the poll. The Tigers’ season gets underway this week at the Xavier Invitational as Clemson plays National Semifinalist Michigan at noon on Friday and Northern Kentucky at 5:00 pm the same day. The Tigers will close the tournament with a 4:00 pm match against Xavier on Saturday.