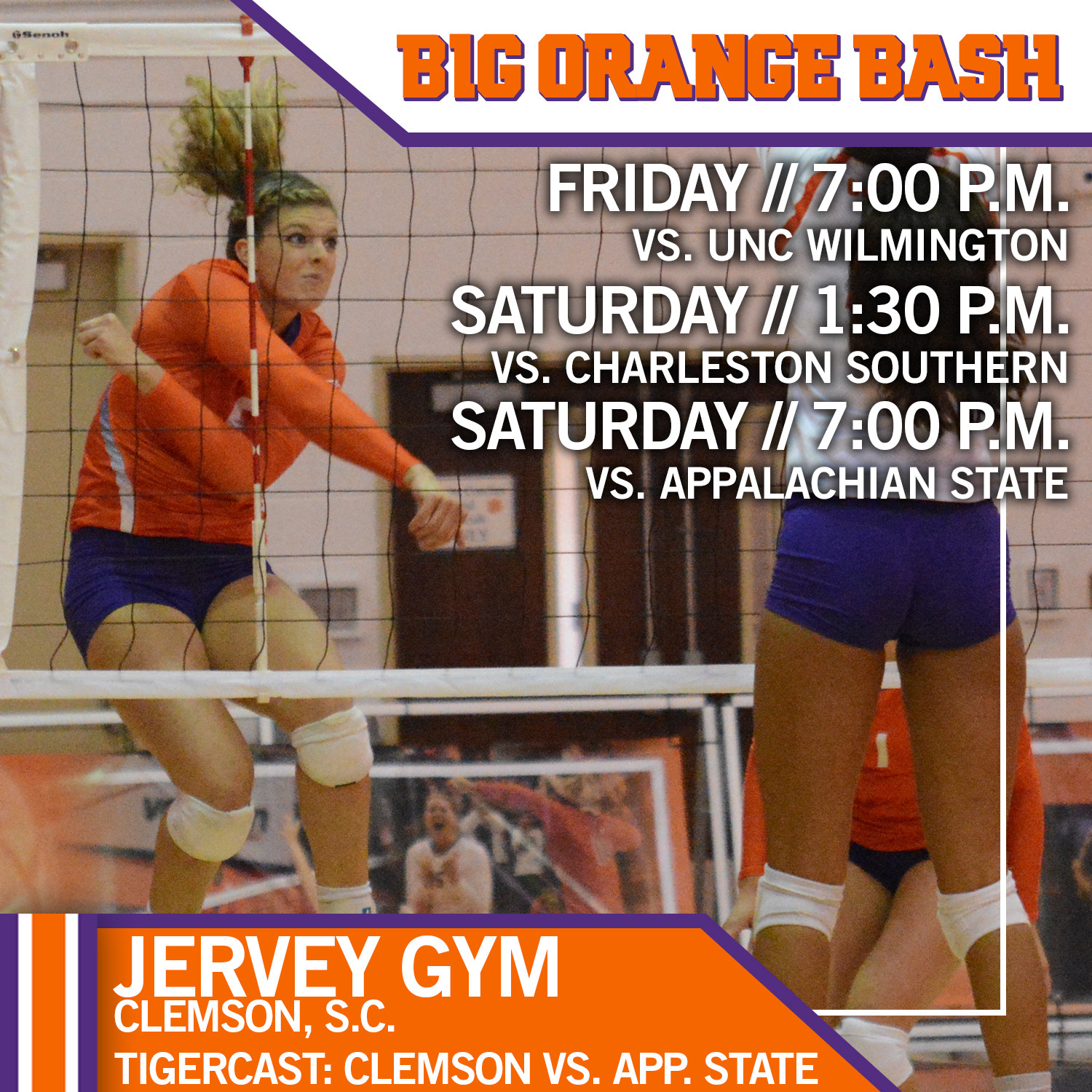 CLEMSON, S.C. – The wait is over. Clemson volleyball returns for its 34th season on Friday, Aug. 28 at 7 p.m., against UNC Wilmington in the 25th annual Big Orange Bash. The Tigers will take on Charleston Southern at 1:30 p.m., and Appalachian State at 7 p.m. in Jervey Gym on Saturday.

“We have high and realistic expectations for this freshman class,” Hugh Hernesman said. “It is an exciting class from the standpoint in that we believe we have a very strong core of young players and talent to build upon for the future.”

“At our previous school, we had a very young core during our second season there and they finished the last three years of their careers with 20 wins, 21 wins, a Top 25 win over #15 Missouri and an NCAA Tournament appearance. We feel this group can have that same type of impact as a core group.”

The Tigers return three starters in Lou Davis, Leah Perri and Kate Federico and two student-athletes that saw a significant amount of time on the court in 2014 in Irem Bayramoglu and Sydney Moseley.

Davis started 19 matches last season and appeared in 30 matches as a defensive specialist for Clemson. In 2014 she averaged 1.55 digs per set with 169 digs total over the course of the season. She’ll look to pass the ball to Clemson’s returning ACC All-Freshman setter as Federico returns for her sophomore campaign.

She’ll be setting the lethal Leah Perri as she’s Clemson’s top returning hitter. Perri, like Federico, was an ACC All-Freshman Team honoree in 2013 and has been a solid option behind Clemson greats Mo Simmons and Kristin Faust. Now Perri headlines the attack in her junior season. She recorded 351 kills and 2.95 kills per set on 1,039 attempts to rank second on the team in all three categories.

One of the additions to the Clemson roster is Keelie Arneson from Northwestern State. The 2013 Southland Conference Libero of the Year and Student-Athlete of the Year will anchor the back row.

Her 712 digs in 2013 is the 18th most ever recorded in a single season with the 25-point scoring format with unlimited libero substitutions. She ranked fourth in the nation as well that season, averaging 5.7 digs per set.

In 2014, she was on pace to blow away her numbers in previous seasons, recording 20 or more digs in seven of her 10 matches played. However, on September 26, Arneson believed her volleyball career was over after she suffered a torn Achilles that sidelined her for the rest of the season.

Luckily, the injury came one game shy of her not being eligible for a medical redshirt, allowing her to compete in one more season. She is now living her dream of playing in an elite volleyball conference with a coaching staff that has known her since she was 16.