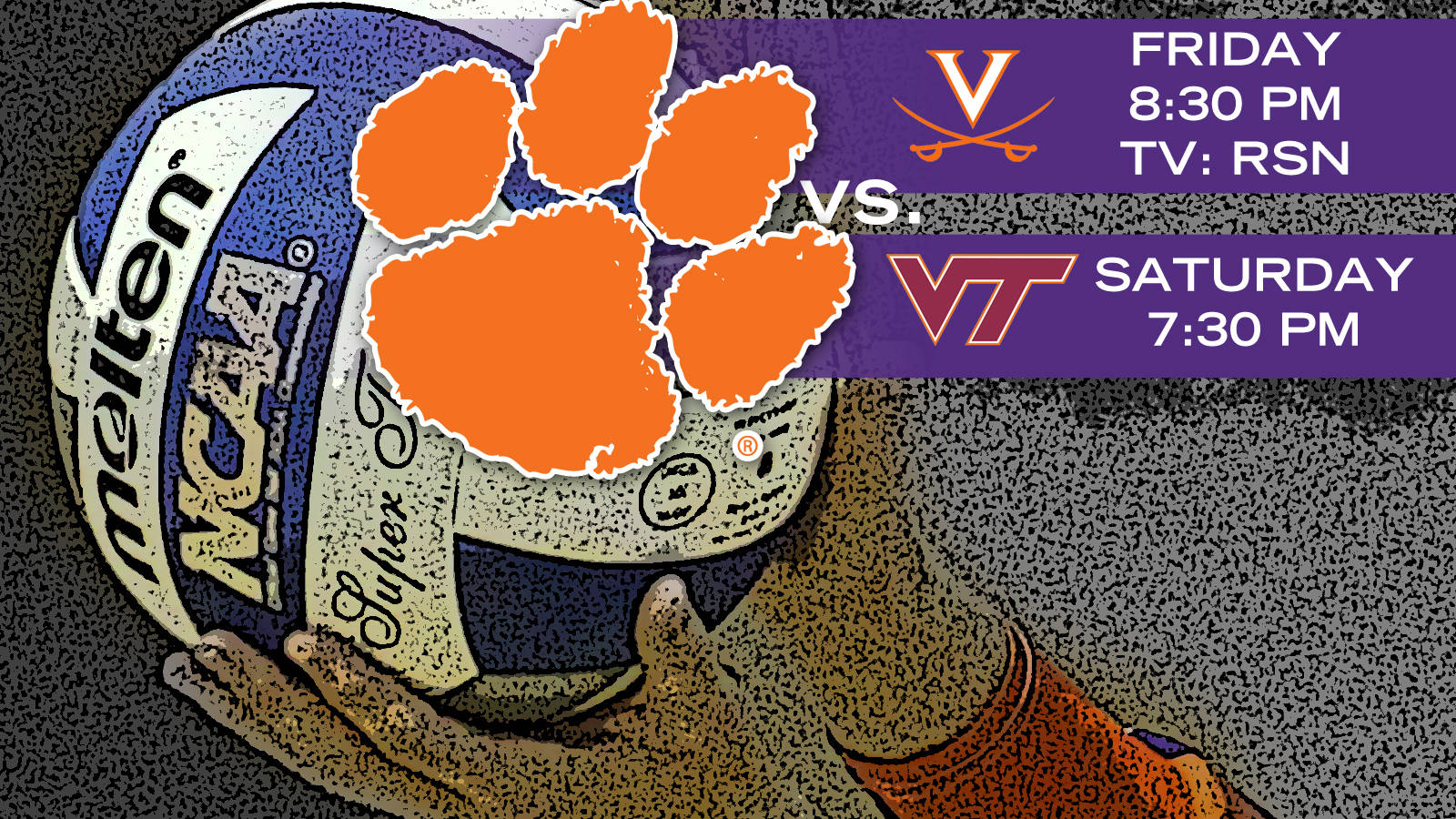 CLEMSON, SC – The Clemson volleyball team will take on the Virginia Cavaliers (5-10, 0-5 ACC) at 8:30 pm on Friday night in Jervey Gymnasium in a match televised by RSN (affiliates listed below), and will play Virginia Tech (11-4, 4-1 ACC) on Saturday at 7:30 pm. Both matches are free to the public and fans are encouraged to arrive early and wear orange.

The match on Friday will mark Clemson’s (10-6, 1-4 ACC) first home appearance on television in school history. The match will also be available on WatchESPN on the Internet. The squad played their first nationally televised match ever last Wednesday on ESPNU at North Carolina.

The match has also been designated as Student Appreciation night. The two students with the most outrageous orange outfits will have the chance to win a Samsung Galaxy Tablet.

Fans who wish to attend the Saturday match should be aware that due to the football game in Memorial Stadium, parking will be limited, and that all roads will turn outbound at approximately 6:00 pm. They will not turn back in until approximately one hour after the game.

Live stats are available for both matches courtesy of ClemsonTigers.com.

Clemson has dropped four of five ACC matches this season, including a pair of 3-1 defeats at the hands of North Carolina (13-2, 4-1 ACC) and NC State (15-1, 5-0 ACC) last week. They’ll have a chance to snap the skid at home against a Virginia team that enters winless in ACC play, with 3-0 losses to Miami, Virginia Tech, and Boston College, and 3-1 defeats to Florida State and Maryland.

The Tigers won their most recent matchup at home, 3-0, over Boston College on Sept. 22. Nine of Clemson’s 15 remaining matches will be played at home, where the Tigers are 7-1 overall.

Mo Simmons (3.67 kills/set) and Sandra Adeleye (3.48 kills/set) have been the two top offensive performers for the Tigers so far, and each rank among the top ten in the ACC. Defensively, four Tigers are averaging 0.81 blocks or higher, and five Tigers are averaging more than 2.00 digs per set, led by libero Natalie Patzin, who is averaging 4.42 per set. She became just the ninth Clemson player in history to surpass 1200 career digs in the most recent match, when she had 25 against NC State.

After the two-match homestand, Clemson will head on the road to take on Duke and Wake Forest on Oct. 12 and 13, respectively.

SUN Sports (SUN) or FOX Sports Florida (FS Florida) – both cover the state of Florida, SUN will be the primary network until baseball season ends, then coverage will switch to FS Florida

Comcast SportsNet Mid-Atlantic (CSN Mid-Atlantic) – covers the states of Maryland, Virginia, and the District of Columbia, and parts of Delaware, Pennsylvania and West Virginia