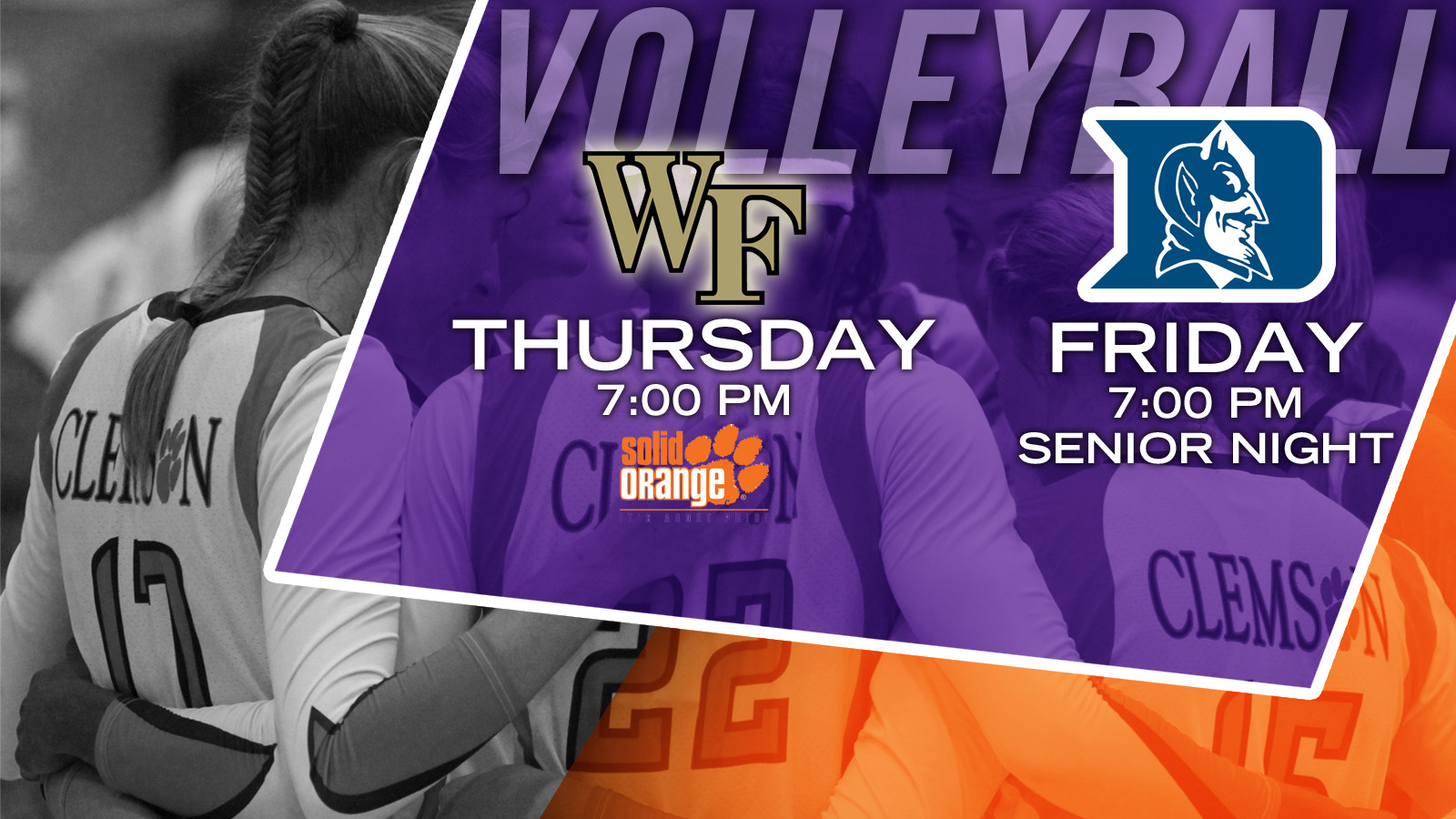 Thursday’s match is Clemson’s Solid Orange event, and will appear live on TigerCast at ClemsonTigers.com. They’ll also hold Senior Day on Friday before the match against Duke, which will also appear on TigerCast.

After these two matches, Clemson will close the season at home against Georgia Tech next Tuesday at 5:00 pm in Jervey Gym.

Clemson defeated each of these teams on the road earlier this season, a 3-2 comeback win in Cameron Indoor Stadium, and a 3-0 win at Wake Forest. Against Duke, Clemson trailed, 2-1 and 22-19 in the fourth set, but came back for the five-set win.

Clemson is 28-12 all-time against Wake Forest, who is coached by former Tiger great Heather (Kahl) Holmes. The Blue Devils hold a 35-22 lead in all-time meetings with the Tigers, although Clemson has won two in a row overall.

Typically, Senior Day is held at the last home event, but the team will instead hold the ceremony on Friday. The current senior class is one of the most decorated in school history with five combined All-ACC nods, 79 wins, and an NCAA Tournament appearance.

Adeleye leads the Tigers this season with 339 kills, 22 more than Mo Simmons. Adeleye’s 3.46 kills per set average ranks fifth in the ACC, while Simmons’ 3.23 per set average is seventh. Simmons also has a career-best 301 digs this season, and her next kill will be the 800th of her career.

The Tigers lead the ACC in digs per set, at 17.24 per frame. Much of the success has been with Natalie Patzin at libero, who is third in the ACC at 4.58 digs per set. Patzin needs just two digs to move alone into third in Clemson history in career digs.

In recent action, Clemson had won eight of ten before dropping a pair of matches last weekend to No. 22 North Carolina and NC State.