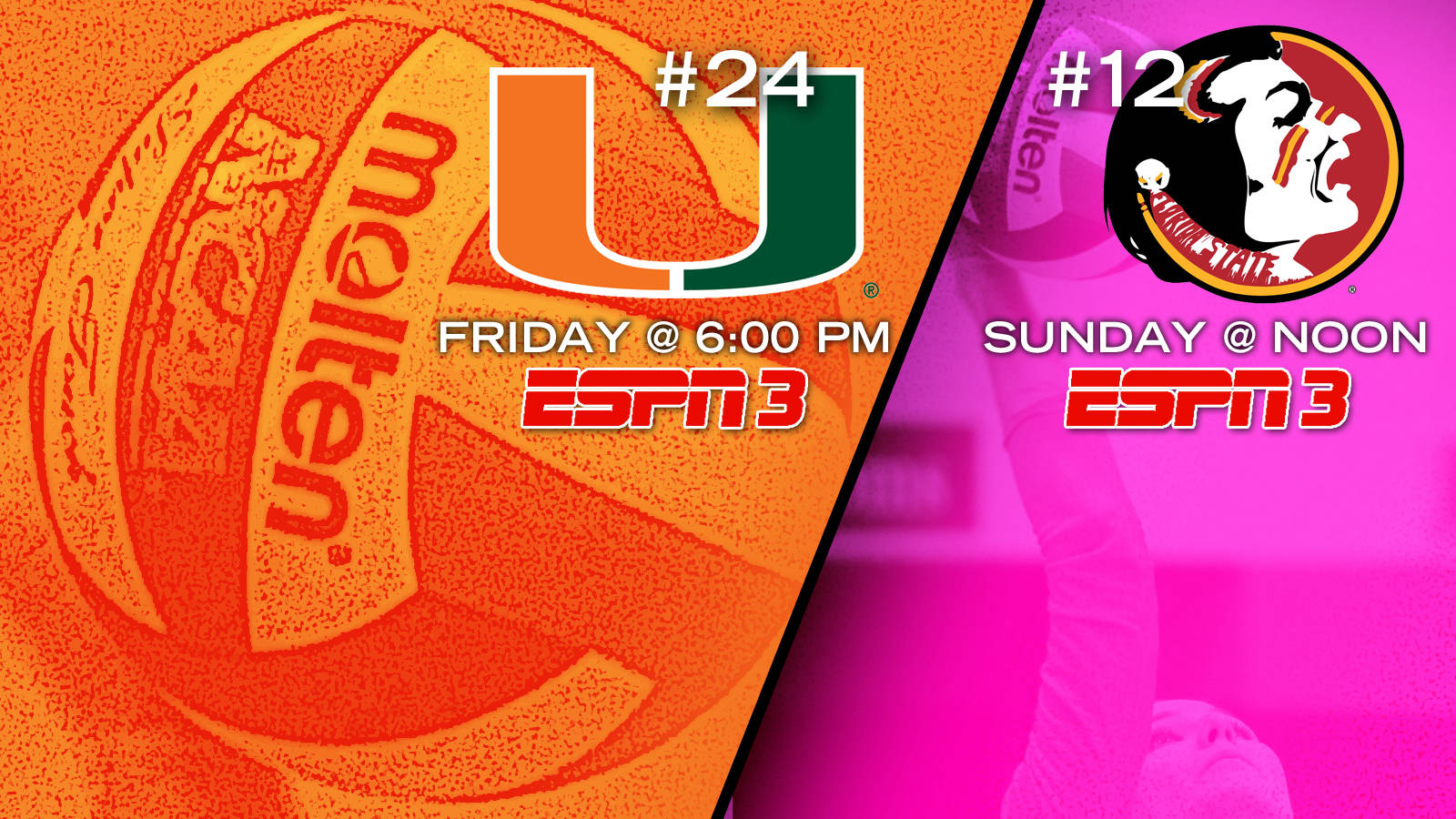 Volleyball Hosts a Pair of Ranked Teams this Weekend

Clemson has won four in a row overall, and holds a 9-1 mark at Jervey this season. The Tigers will face their stiffest test of the season, taking on each of the ACC’s two nationally-ranked teams in the AVCA Coaches Poll. Both matches will be televised on ESPN3 on the web.

Friday night is one of the busiest athletic days on campus this year, and the volleyball match is the first of a long line of events scheduled for that evening. The match will get underway at 6:00 pm pitting Clemson against the 24th-ranked Hurricanes. Clemson defeated then-No. 22 Miami last season in five sets at Jervey Gymnasium in its last meeting with a ranked team.

Florida State, a 2011 NCAA Final Four participant, has been ranked in every poll this season, and checks in at No. 12 for this weekend. Clemson will be in pink for the annual match that helps support breast cancer awareness. T-shirts are still on sale at Jervey for $10.00, and all proceeds benefit the Sideout foundation.

The Noles have won seven in a row against Clemson, and now hold a 28-19 record against the Tigers all-time.

The weekend features the three best blocking teams in the conference, led by Miami at 2.91 per set, Florida State at 2.77, and Clemson at 2.61. The Tigers have been hot lately, tallying the second-highest total of any team in ACC play at more than 3.00 per set.

Additionally, all three teams rank in the top six in the conference in every statistical category.

Sandra Adeleye has picked up play of late, averaging a career-best 3.5 kills per set this season so far. She’s led the Tigers in seven straight matches, and put down 31 last weekend in Clemson’s road sweep of Duke and Wake Forest.

This will be Clemson’s last home weekend play at Jervey in October, as they won’t compete at home until Nov. 9, when they start a string of five straight at home to close the season.