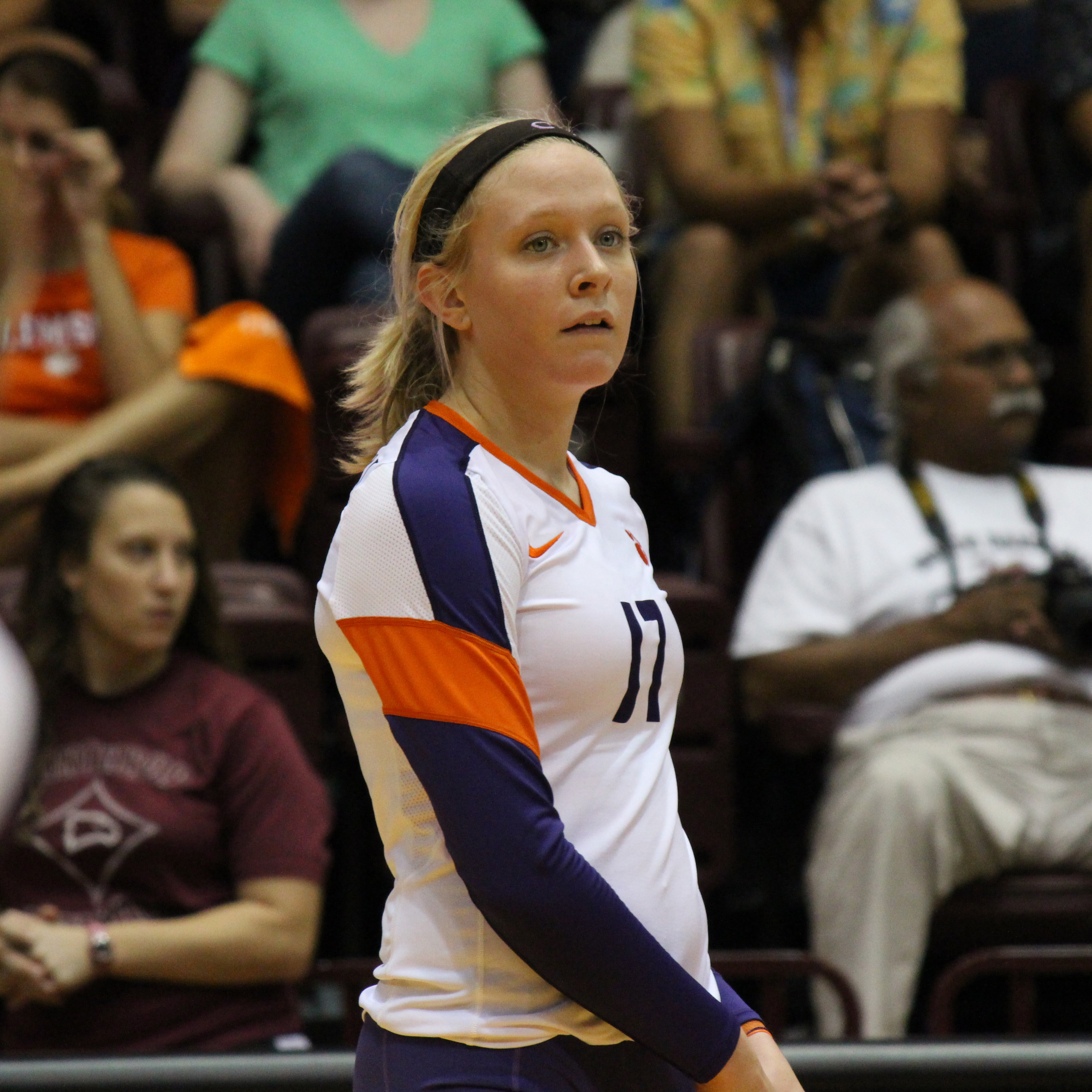 Freshman Kate Federico has been playing volleyball since she was six years old. Following the footsteps of her older sister Nikole, and her mother Christine, she started her career at Sports Performance Volleyball Club in Illinois.

Kate’s mother was an outside hitter and played volleyball with Clemson Head Coach Jolene Jordan Hoover at Illinois State University. She holds career records for kills (1,773), kills per set (3.96) and attack attempts (4,614). In 1988, she was the only player in Missouri Valley Conference history to lead the conference in kills, digs, aces and hitting percentage in the same season. Her mom was also a coach at Sports Performance Volleyball club, one that was described as “the coolest person you ever met.” However, in 2008, a devastating diagnosis changed their lives forever.

Since then, Kate has been able to play with the same strength that her mom taught her. She follows closely in her mothers’ record-breaking footsteps and currently holds the record for third-most assists by a Clemson freshman with 1,081. She’s 36 assists away from bettering the second-place record holder, set by current Clemson assistant coach Kelsey Murphy Saberhagen in 2006.