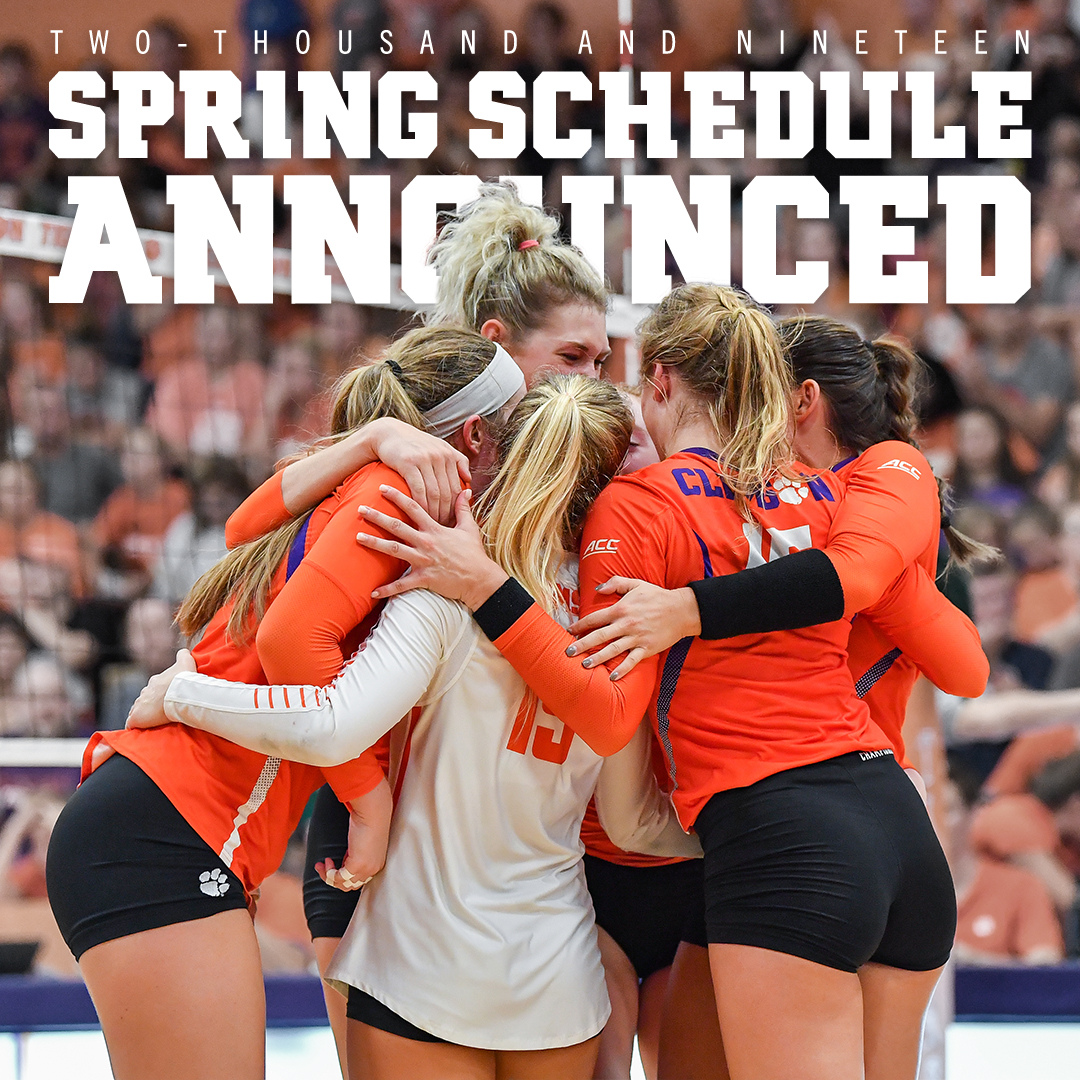 CLEMSON, S.C. – Clemson volleyball head coach Michaela Franklin announced the Tigers’ upcoming spring schedule, which is headlined by a home match against Georgia in Jervey Gym on March 9. Additionally, the Tigers will compete in two tournaments on March 30 and April 6, and close out the spring slate on a neutral court in Spartanburg, South Carolina against intrastate rival South Carolina.

“Our spring competition schedule is an excellent way to rehearse the things we are working on in practice,” said Clemson volleyball head coach Michaela Franklin. “Our group became more comfortable competing over the course of the fall season, so being able to compete this spring will propel their competitive experience forward.”

Clemson will look to build on its best season since 2012, having ended its 2018 campaign with an overall record of 19-15 and won two postseason matches – a program record – in the 2018 NIVC tournament.

“We’ve already hit the ground running and our team is working extremely hard in the classroom, weight room, and gym. You can tell there is a different energy in the air as we enter our third spring season. Our players have a better understanding of the expectations we have for them. They have grown as players, people, and as a program. Spring presents an opportunity for a lot of growth, but you must have the appropriate work ethic and mindset for that growth to take place, both of which our program has developed.”

Match times for the Tigers’ spring competition dates will most likely be announced the week of each individual match or tournament.