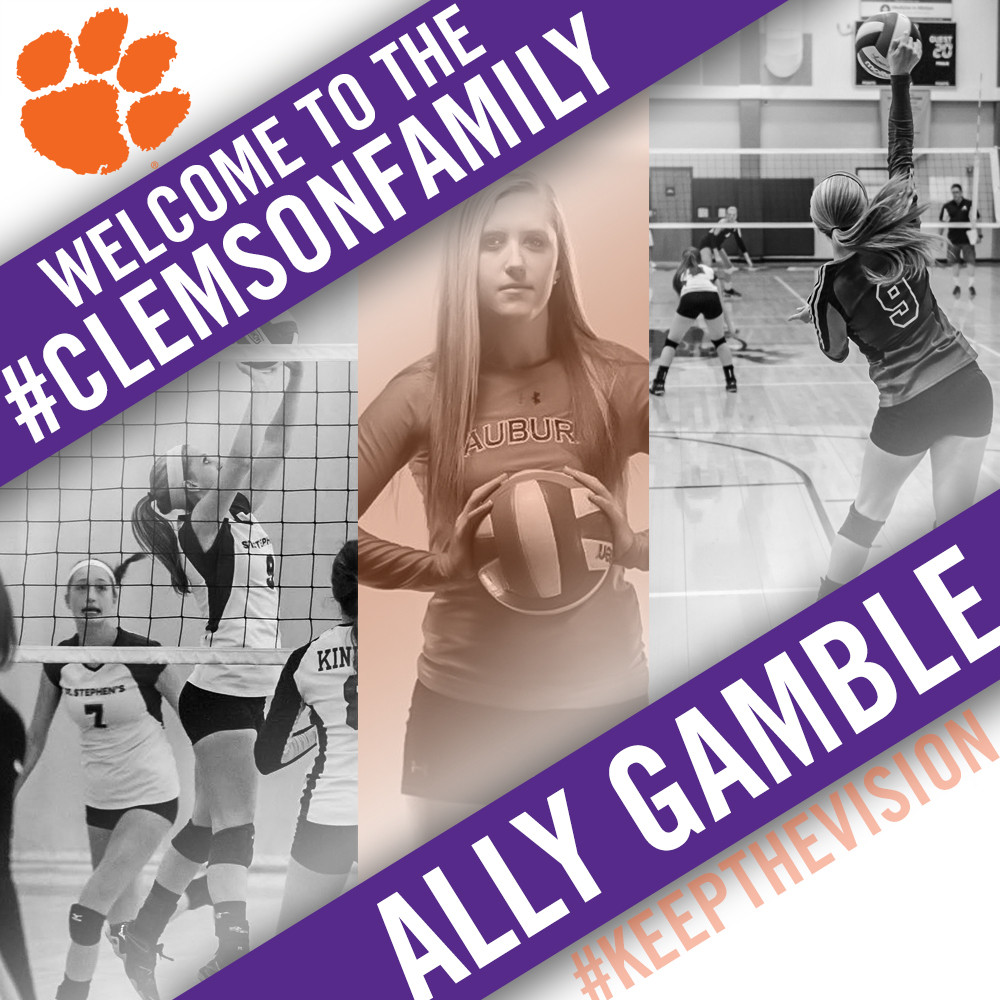 CLEMSON, S.C. – With the season just around the corner, head coach Hugh Hernesman adds his sixth newcomer to the 2016 roster. Redshirt freshman, Ally Gamble has transferred from Auburn University to join the Clemson volleyball program.

“I am very excited to continue my collegiate volleyball career playing for Hugh and Steph (Hernesman),” Gamble said. “I have wanted to play for them since I met Hugh at a summer camp in 2013 – having them at Clemson made it a perfect fit, as this is a school I have always been interested in academically! I can’t wait to be a part of the Clemson family and the great culture that Hugh and Steph are building there!”

Gamble is a product of Austin, Texas where she led St. Stephen’s Episcopal and, Austin Performance Volleyball as a setter. In her senior season she led St. Stephens’ in assists, assists per set and service aces. She graduated as a two-time Academic All-District honoree and had been featured on the Lonestar Volleyball Players to Watch List.

“We’re definitely happy to be adding Ally to our program,” Hugh Hernesman said. “Ally is someone that we’ve been watching since the summer before her junior year in high school. Nicole (Miller) and I worked a camp where she stood out that summer and Ally’s club team was one that Steph and I get to see a lot because the attackers that we were recruiting off of her team. This is a great cultural fit for both us and Ally, which is always the first step.”

As a senior, Gamble won the SPC State Championship and was selected to the All-SPC Team. She led St. Stephens’ to a third-place finish in Texas during the 2013 season and assisted her club team to a fifth-place finish at 2014 Nationals as well as two Lonestar Regional Championships.

“We believe that Ally will help build our positive, family culture within the program and it is something she is looking forward to being a part of,” Hugh Hernesman added. “On top of that, our program adds a talented volleyball player with great experience as a setter- in addition to being able to play as a defensive specialist or serving specialist. Ally’s versatility will certainly be an asset to our program and we’re looking forward to her starting to train with our team right away this summer.”