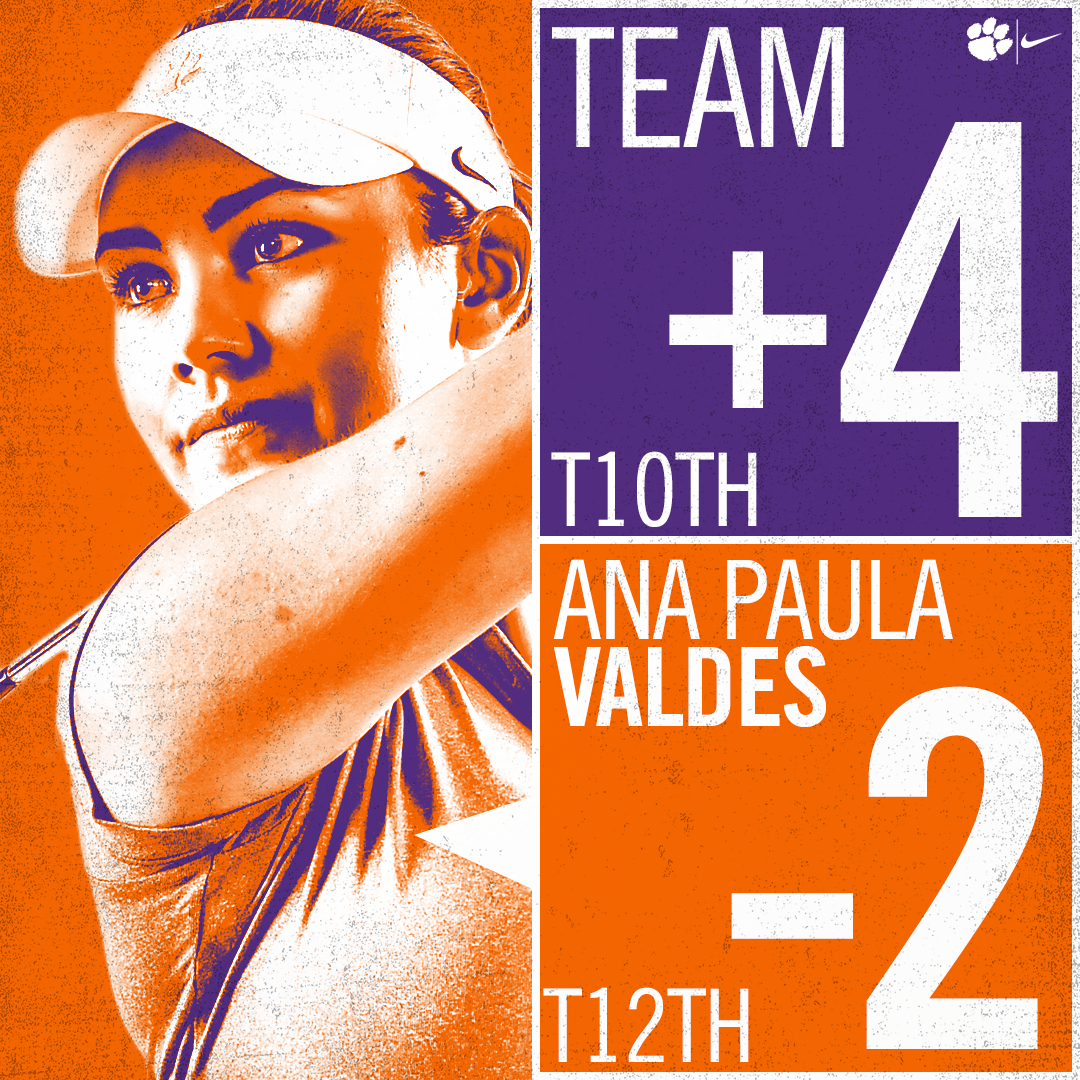 Clemson, S.C.—Ana Paula Valdes got her sophomore season off to a good start with a two-under-par 70, leading Clemson to a 292 team score and a tie for 10th out of 15 teams after the first round of the Mason Rudolph Championship at the Vanderbilt Legends Course in Franklin, Tenn. The 54-hole event continues Saturday morning at the par 72 course that is 6,335 yards in length.

Arkansas has the team lead at 15-under-par 273, while host school Vanderbilt is second at 13-under-par 275.   Clemson trails Virginia and South Carolina by just three shots for eighth place. The Tigers are ahead of ACC member North Carolina, who had six-over-par 294.

Valdes had three birdies and one bogey in shooting her sixth career under-par round.   She made par on her first eight holes, then made birdies on the ninth and 10th holes. The native of Mexico made her only bogey of the day on the par four 11th hole before closing with a birdie on the par five 18th hole. She played the par three holes and the par four holes at even par, and the par fives at two-under-par. She shot a 35 on each nine and is tied for 12th place in the 81-player field.

Ashley Czarnecki, who played just six rounds for the Tigers last year, also had a good start to her sophomore year with a one-over-par 73.   The native of Greenville, S.C. and Mauldin High School made a birdie two on the par three third hole, then birdied the 15th hole on the back side. She was the only Clemson golfer to birdie that hole as three of her teammates made bogey on the 403-yard par four.   The 73 was a career low round for Czarnecki, who stands in a tie for 36th after the first round.

Returning All-American Alice Hewson shot a two-over-par 74 on Friday.   The native Great Britain made just one birdie, the par four eighth hole, and had three bogeys. Her 14 pars tied Valdes for team honors on Friday.

Marisa Messana was Clemson’s fourth counting score with a three over par 75. The Clemson senior made a birdie on the first hole, but a double bogey on the par five seventh hole hurt her round. She battled back to finish strong, playing even par over her last eight holes.

Kennedy Swann was Clemson’s fifth player and the sophomore had a seven over par 79.

Clemson will begin play at 9:45 a.m. eastern time on Saturday morning. The Tigers will play with Chattanooga and Middle Tennessee.