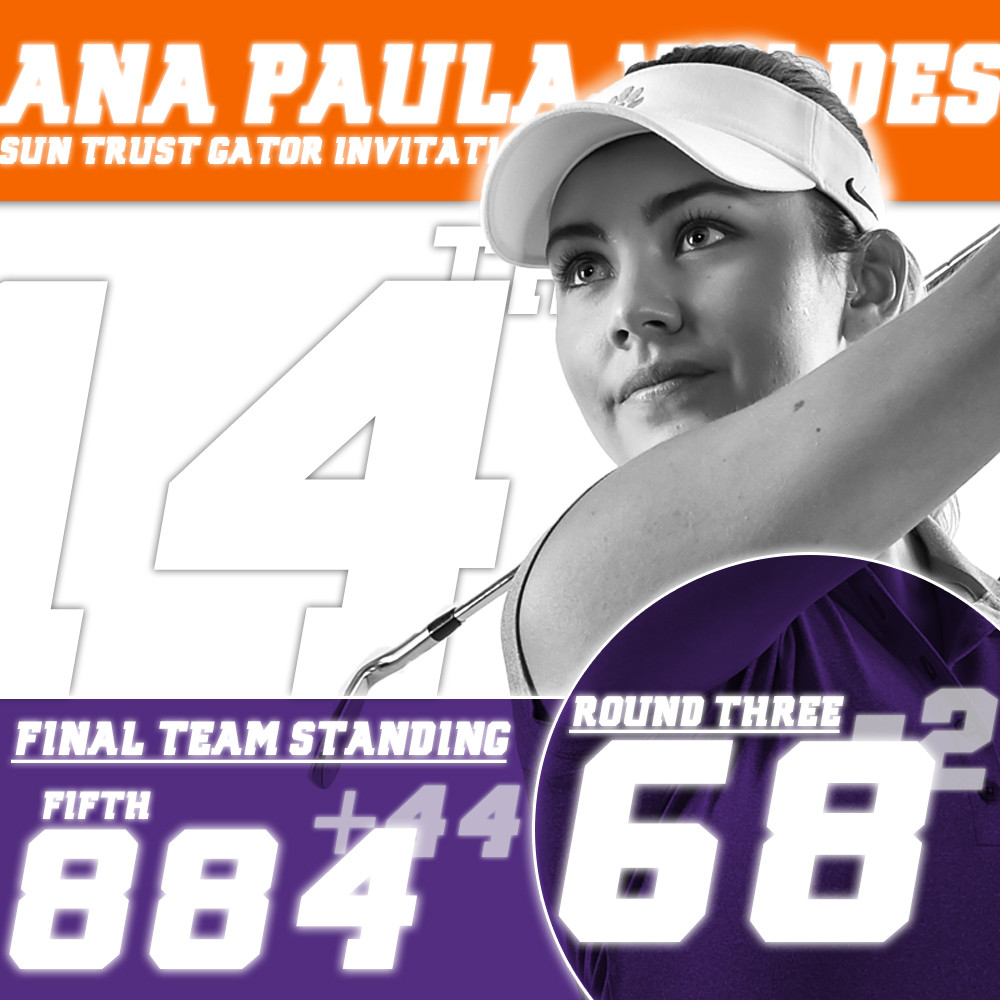 Clemson, S.C.—Ana Paula Valdes shot a season best 68 to lead Clemson to a 287 team score and a fifth-place finish out of 13 teams at the Sun Trust Gator Invitational on Sunday.     It was the fourth top five finish for the Tigers this season.   Clemson was 10th after the first round on Saturday, but finished strong over the last two rounds to reach the top five.

Florida, the host team and ranked sixth in the nation, won the tournament with an 847 score, while Duke, ranked 11th, was second at 855.   UCF was third at 863 and Campbell was fourth at 882. The Tigers followed at fifth place with an 884 score and was followed by Maryland at 889.

“We improved each round and were able to move up a few spots in the third round,” said head coach Kelley Hester. “I was especially proud of the ladies for staying patient on a tough course.”

Valdes’s round of 68 included four birdies and two bogeys. It was one of just five rounds in the 60s on Sunday in the 78 player field. She played the last seven holes at two-under-par to allow Clemson to improve from seventh to fifth over the last round.   The freshman from Mexico finished 14th individually with a 218 score, best among Clemson players.

Classmate Kennedy Swann and sophomore Alice Hewson had the same score each of the three rounds to finish with a 220 and 21st place. They had rounds of 74-74-72 over the 54 holes.   It was the sixth top 25 for Hewson this year and the second in three events for Swann, who entered Clemson in January.

Senior Jessica Hoang had a strong performance as an individual, including a 73 on Sunday and she finished 30th with a 225 score.

Clemson returns to the course in two weeks at the LSU Tiger Golf Classic.