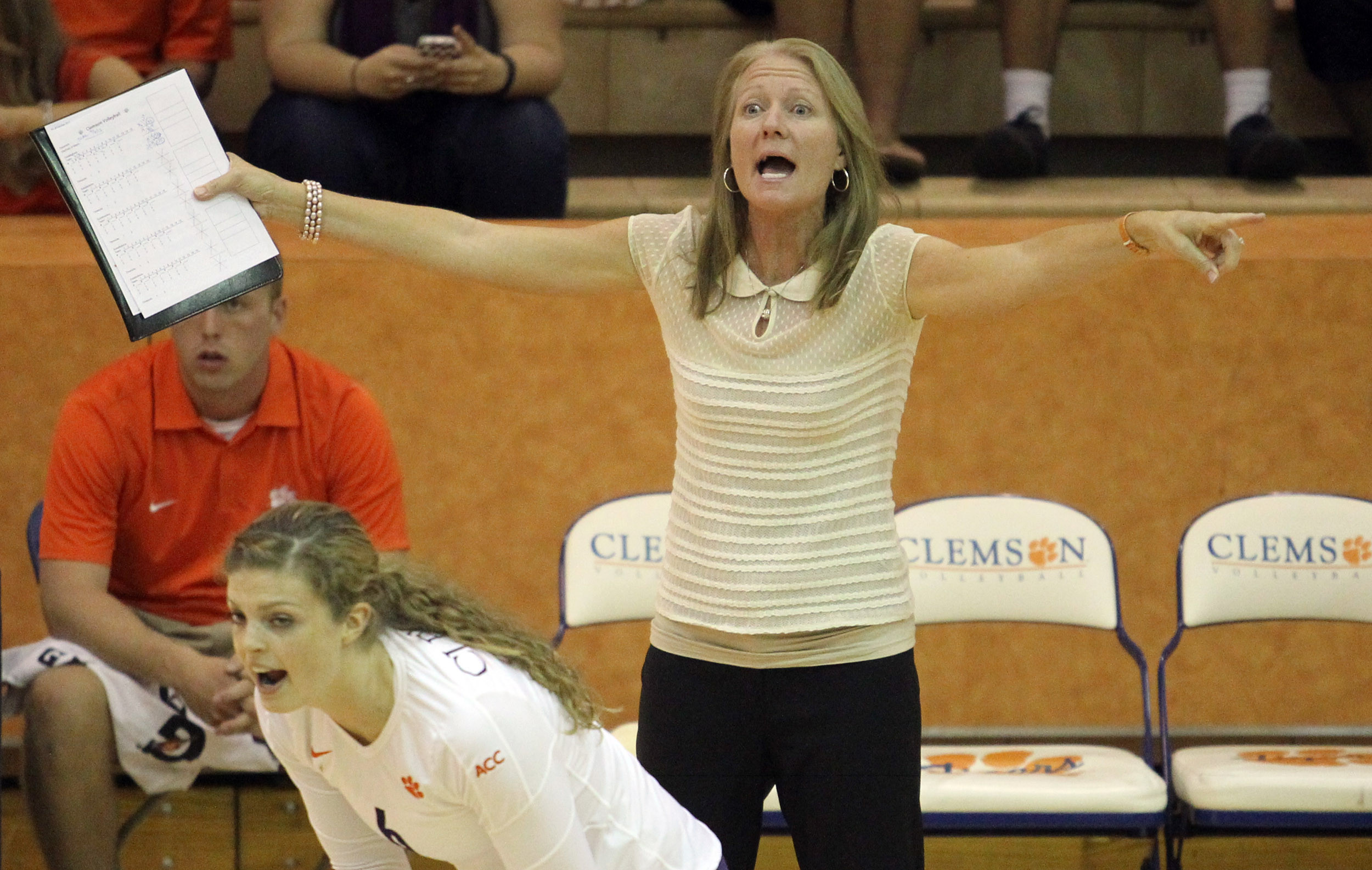 Hampton (6-6, M/RS/OH, Huntington Beach, Calif.)  is a two-time First-Team All-Big West and Honorable Mention All-American who played for three seasons at Long Beach State, and will graduate in May. A versatile addition, Hampton stands 6-6 and has the ability to play across the front line. This season, she led the 49ers with a 1.23 blocks per set average. She has 773 career kills, including a team-high 330 in 2011, and 446 career blocks, ranking third in the nation in both the 2010 and 2011 seasons.

“Haleigh is an extraordinary person and I wish that she had more than one year of eligibility remaining to play,” said Hoover. “She will graduate from Long Beach State this May and will work toward her master’s degree in the public administration program. Haleigh’s ability to play left, middle and right will give us different looks offensively and different blocking options, which will make us that much stronger at the net.”

Hanewall (5-11, OH, Lombard, Ill.) attended Glenbard East High School and was the Most Valuable Player of the Suburban Life All-Area Team. She ranked among the top 50 players by the Sun Times. Hanewall played club with Sports Performance, one of the best clubs in the nation.

“Meghan is a solid six rotation outside who comes from one of the top clubs in the country,” said Hoover. “We have had a long line of Sports Performance players and we are excited to keep that going.  She has a tremendous work ethic and will fit in well with our current team.”