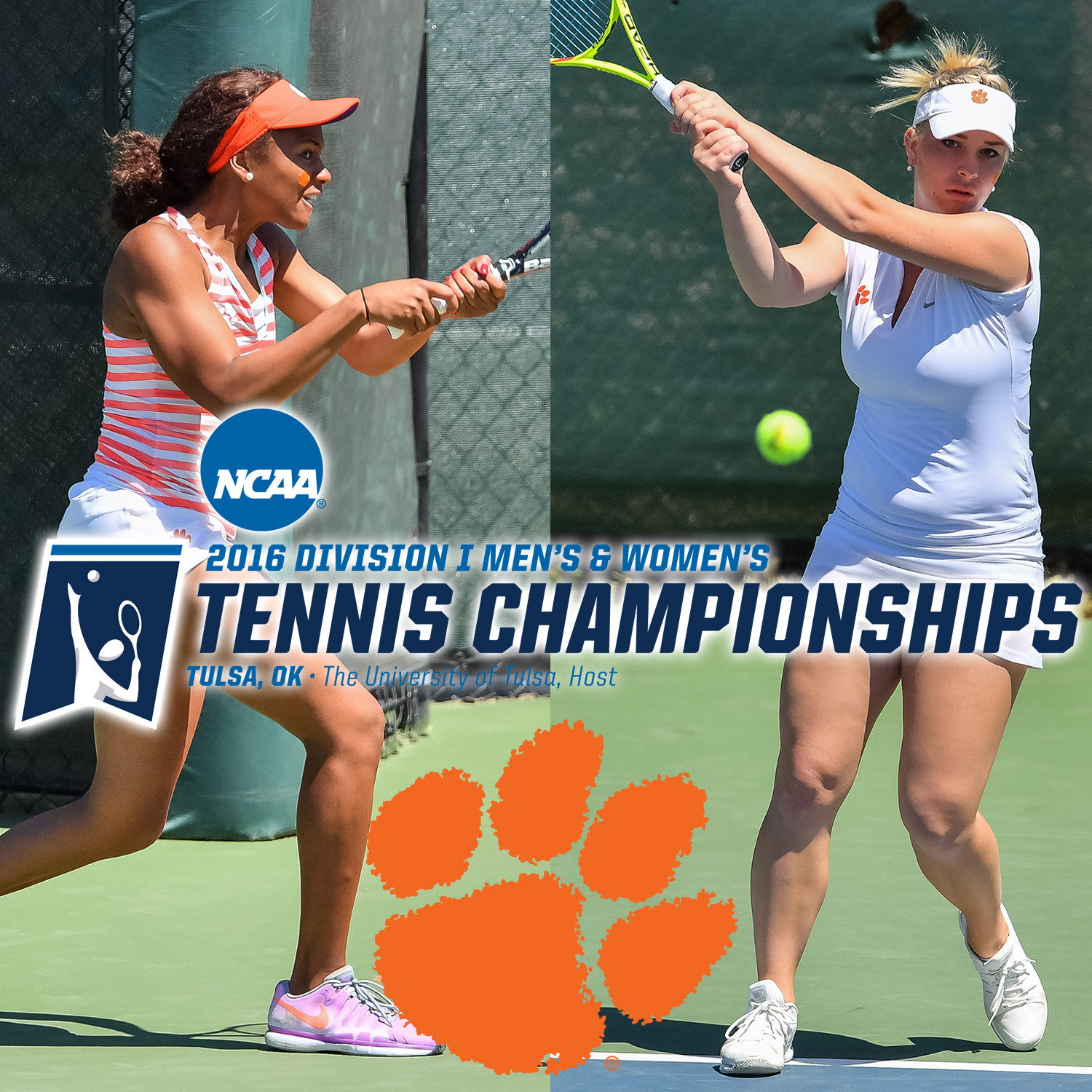 CLEMSON, S.C. – Senior Joana Eidukonyte and freshman Ayan Broomfield have been selection to play in the NCAA Singles Championship, which will be held in Tulsa, Okla. from May 25-30. The University of Tulsa is the host of the event, which will be held at the Case Tennis Center on the school’s campus. Draws for the singles tournament will be released at a later date.

Eidukonyte, a two-time All-ACC selection, is making her second appearance in the NCAA singles tournament. Last year, she reached the Round of 16 of the draw before falling to the eventual singles national champion, Jamie Loeb of North Carolina. The native of Vilnius, Lithuania is currently ranked 24th nationally in singles, and has a 20-15 overall record in 2015-16.

Broomfield, the ACC Freshman of the Year and an All-ACC Second Team selection in 2016, is ranked 52nd nationally. The rookie from Toronto, Canada is 12-9 in 2015-16, including 11-9 in dual matches and 9-7 at No. 1 singles, where she has defeated five nationally-ranked opponents.

On Tuesday, May 3, the Clemson team received a bid to the NCAA Team Championships for the 15th consecutive season. The Tigers head to Nashville, Tenn. for the first two rounds of the tournament, and will face off against Rice in the first round on Friday, May 13 at 1 p.m. CT (2 p.m. ET). The winner of that match faces the winner of the match between host-Vanderbilt and SIU-Edwardsville on Saturday, May 14 at 1 p.m. CT (2 p.m. ET) in the second round.