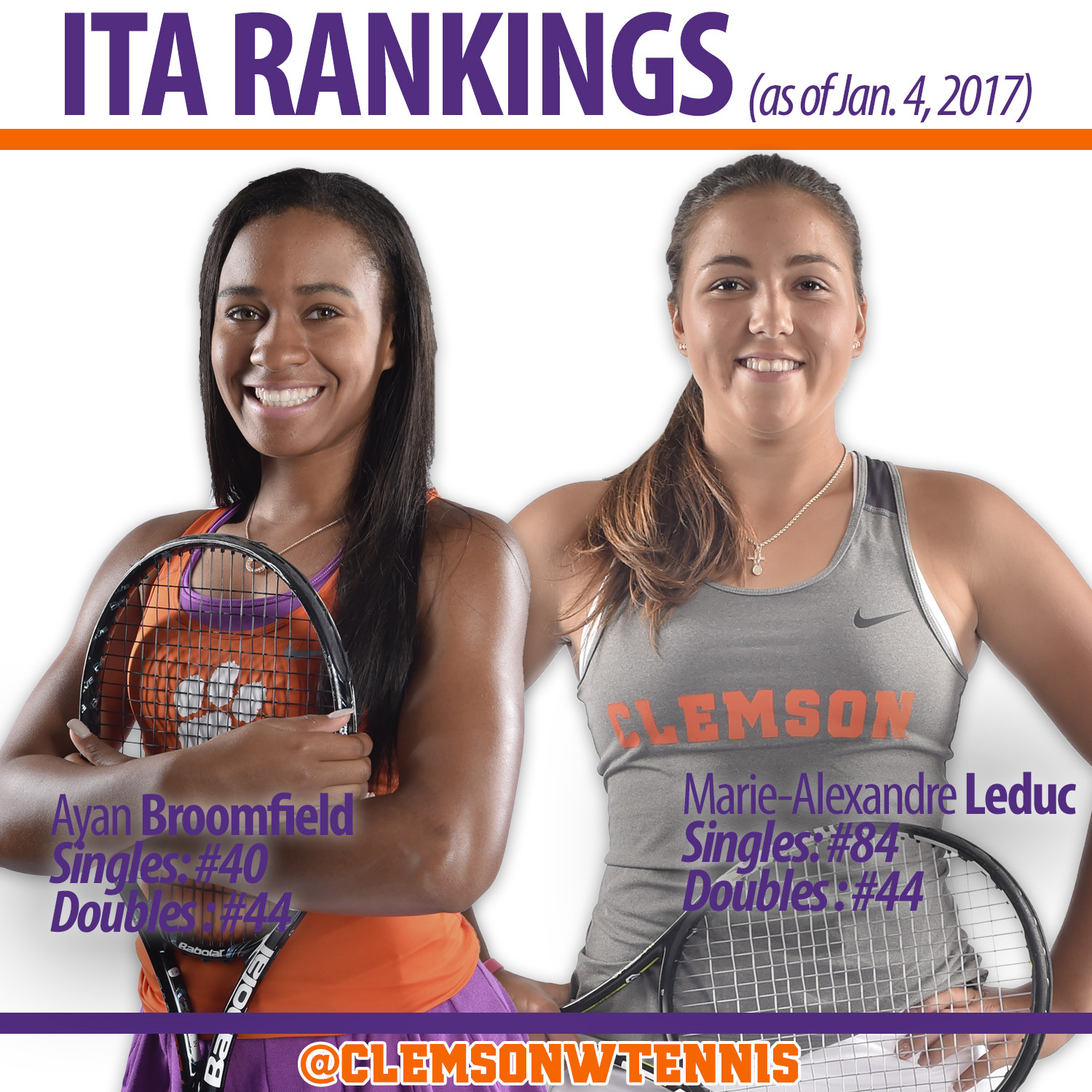 CLEMSON, S.C. – Sophomores Ayan Broomfield and Marie-Alexandre Leduc are nationally ranked in both singles and doubles, according to the Oracle/ITA rankings released by the Intercollegiate Tennis Association on Jan. 4.

Broomfield, from Toronto, is 40th in the nation in singles, while Leduc, a fellow Canadian from Saguenay, Quebec, is 84th. As a doubles team, the duo is listed at 44th nationally. Broomfield was the ACC Freshman of the Year in 2016, as well as an All-ACC Second Team selection. Leduc sat out the 2015-16 season, and saw her first action as a Tiger in the fall of 2016, when she was 5-3 in singles play.