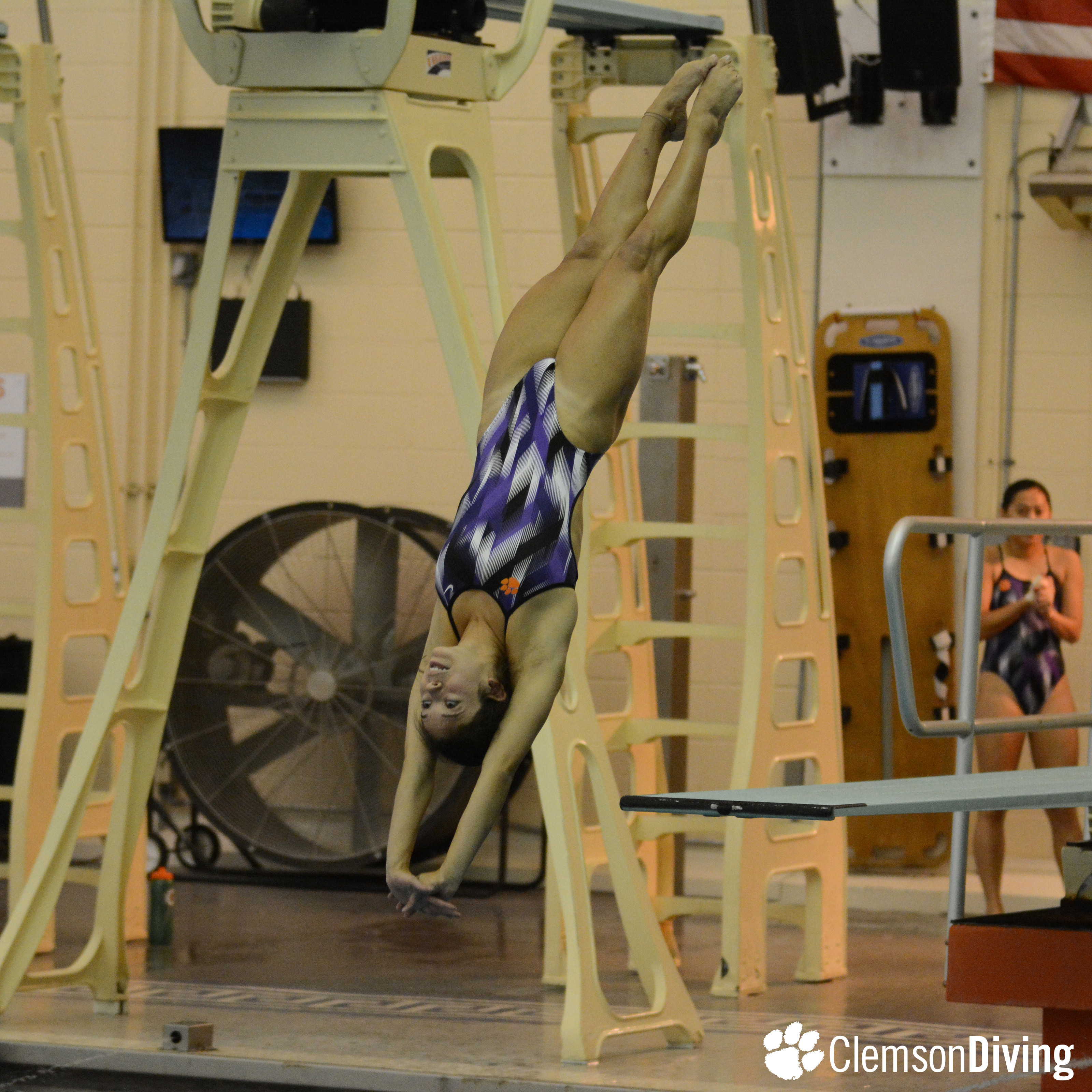 GREENVILLE, N.C. – In just their second meet of the season, the Clemson diving team had two divers record qualifying scores for the NCAA Zone B Championships en route to claiming first place in both the one-meter and three-meter in a tri-meet against UNC Wilmington and East Carolina on Saturday. As a team, the Tigers beat UNCW 32-6 and ECU 30-8.

The Zone qualifiers were senior Danielle Reitsma and sophomore Sarah Blank, who earned the top spots in the one-meter and three-meter, respectively. Reitsma scored 283.6 on the one-meter, and Tigers also claimed the rest of the top six spots in that event. Blank registered the second-best 243.55, and she was followed by sophomore Caylin Hirapara (236.9). Hannah Donovan, Allison Brophy and Jaya Brown rounded out the top six.

Blank broke 300 points in the three-meter, scoring 306.05 and topping the second place Pirate by over 24 points. Reitsma also placed third in that event with a score of 274.20, with fellow senior Sarah Braun and Hirapara coming in fourth and fifth, respectively.

The Tigers have their first home meet of the season next weekend, when they will host West Florida at McHugh Natatorium on Saturday, Oct. 29 at 10 a.m.