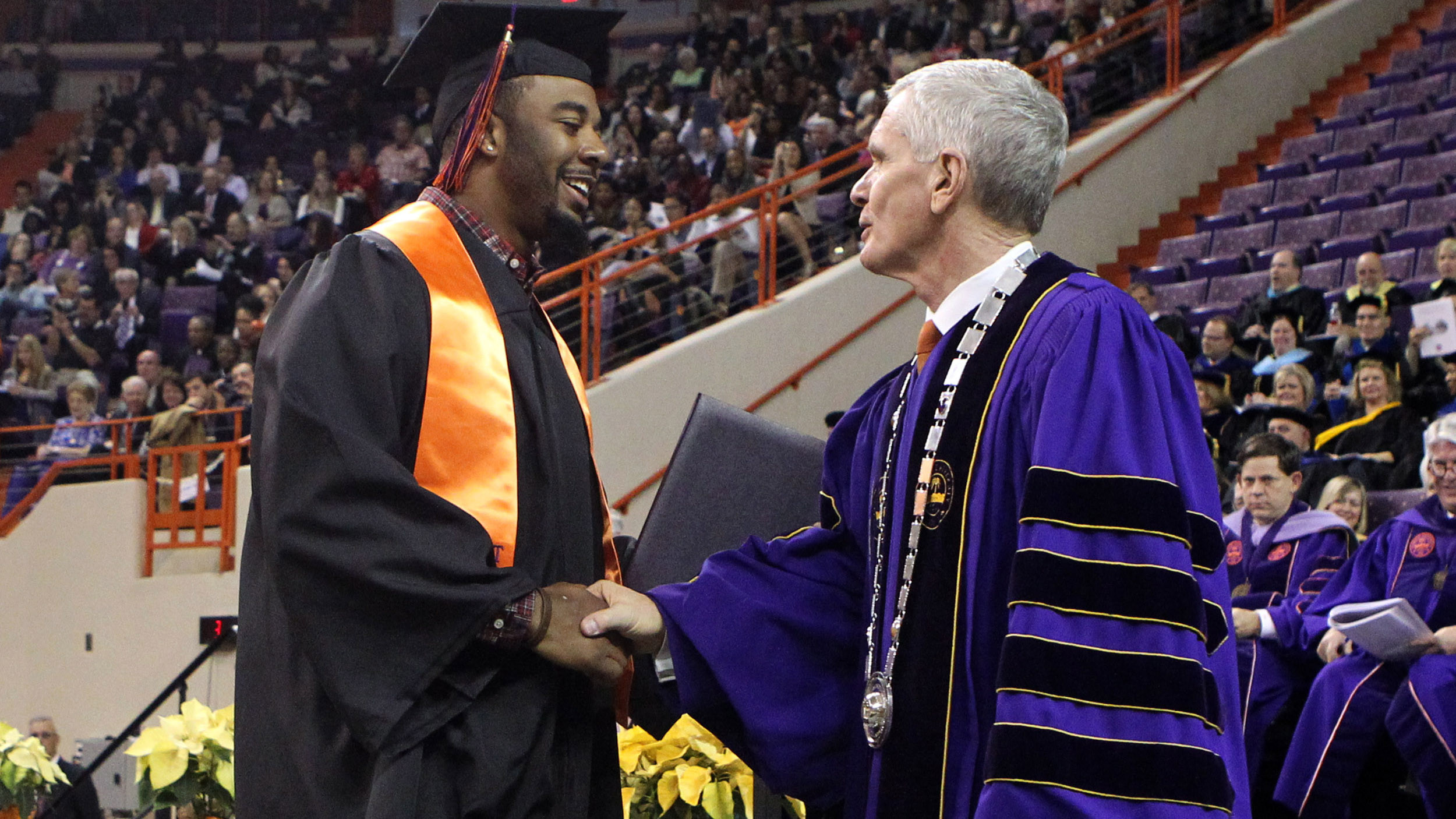 Boyd was among seven current or former Clemson football players who graduated.  Fourteen Clemson players on the roster for the Discover Orange Bowl game with Ohio State will have graduated when the two teams meet on January 3.

Boyd has led Clemson to a 10-2 record and a second bid to a BCS bowl in the last three years.  He has quarterbacked Clemson to an ACC Championship, three top 25 seasons and has been named the ACC Player of the Year and a first-team All-American over his career.

Rollins earned her degree just one day after she was named the female recipient of the Bowerman Trophy. That honor goes to the top male and female track athletes in the nation each year, the Heisman Trophy of collegiate track & field.

Rollins put together a season for the history books in 2013. She was the NCAA Champion in both the 60 hurdles and 100 hurdles, and established collegiate records in both events.