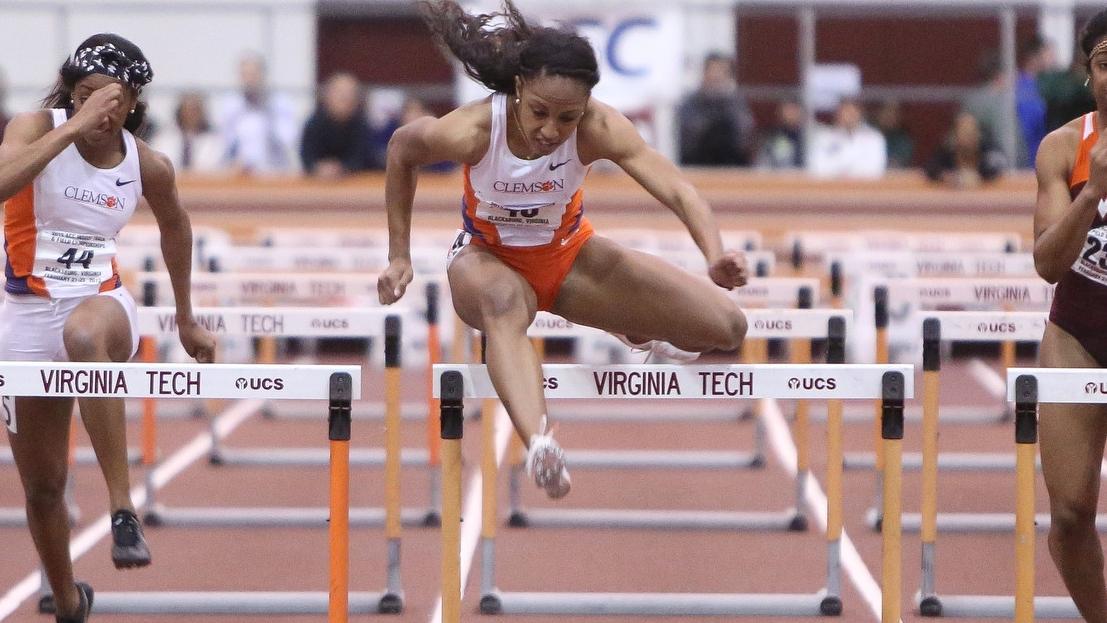 CLEMSON, SC – Shawn Cobey was voted Women’s Coach of the Year for the Southeast Region by the U.S. Track & Field and Cross Country Coaches Association (USTFCCCA), the organization announced Monday. In addition, Brianna Rollins was named the region’s Women’s Track Athlete of the Year and Tim Hall the Women’s Assistant Coach of the Year.Cobey, who took over as interim director of track & field on Jan. 8, earned the accolade after leading the Clemson women’s team to its fourth straight ACC Indoor Championship. The Tigers again won in dominant fashion, compiling a 41.5-point advantage over runner-up Florida State. Cobey’s team produced five individual ACC champions as well as the 4×400-meter relay. His team is currently No. 5 in the USTFCCCA computer ratings heading into this week’s NCAA Indoor Championships in Fayetteville, AR.Hall earned his fourth career USTFCCCA regional coaching accolade Monday, his third with the Tiger track & field program. Last season, he was the Women’s Assistant Coach of the Year for the outdoor season. Hall coached Clemson’s sprints and relays to a dominant performance at the ACC Indoor Championships in Blacksburg, VA two weeks ago. He coached Dezerea Bryant to Most Valuable Performer honors after winning the 60 and 200 dashes. He also coached Brianna Rollins to an NCAA-record time of 7.78 in the 60 hurdles. Hall also helped Marlena Wesh to a third straight ACC crown in the 400 dash and 4×400 relay to a gold medal for a fourth straight season.Rollins has had a banner indoor season. The senior out of Miami, FL will be the No. 1 seed at this week’s NCAA Indoor Championships in Fayetteville in the 60 hurdles. She won a second straight ACC indoor crown in the event with a meet record time of 7.90. She won the USTFCCCA’s inaugural National Athlete of the Week honor after her record time of 7.78 in the 60 hurdles, and added a pair of ACC Performer of the Week accolades as well. Rollins, who was ACC runner-up and will be a national qualifier in the 200 dash, is among 10 collegiate women on the watch list for The Bowerman. She was named the Most Outstanding Competitor at the prestigious Armory Collegiate Invitational in February as well.