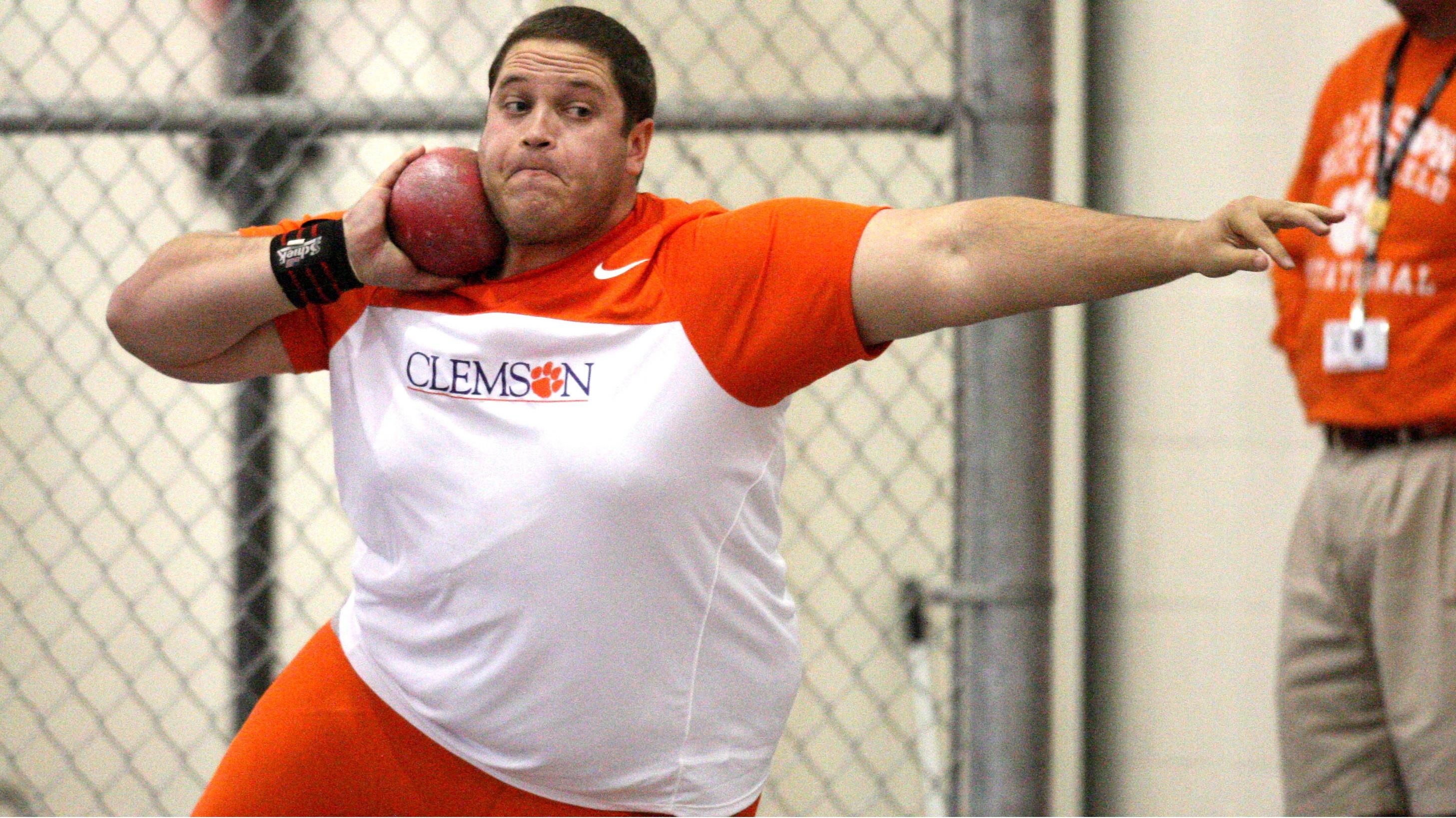 CLEMSON, SC – The Clemson men and women will travel to Blacksburg, VA to compete in this week’s ACC Indoor Track & Field Championships, held Thursday through Saturday at Virginia Tech’s Rector Field House. The Tiger women are three-time defending champions of the event, while the men are looking to improve upon its fifth-place finish from last season.The most recent women’s program to earn four straight ACC indoor championships was North Carolina from 1998-2001, but Clemson has a chance to join the Tar Heels in that elite company this weekend. In Clemson’s three-year run, the closest margin of victory for the Tiger women was 52 points over Florida State at the 2011 meet. Last season, the Tigers won by 79 points over their closest competition.Clemson’s men look to break a trend of finishing outside the top four in the Atlantic Coast Conference. The Tiger men were fifth in 2009, 2011 and 2012, and sixth place in 2010. Clemson is one of three ACC programs ranked in this week’s national top 25, checking in 24th after breaking into the top 20 for the first time in five years last week. Florida State and NC State are the other men’s teams in the ACC currently ranked in the top 25.Several individuals from within Clemson’s program are considered the favorites to bring home ACC hardware this weekend – including two standouts in the 60 hurdles. Spencer Adams, who broke the school record with a time of 7.59, is the defending league champion on the men’s side, while Brianna Rollins broke the NCAA record earlier this season with a 7.78. She is the favorite in not only the hurdles, but possibly the 200 dash as well. She won an ACC title in that event in 2010 as a freshman.Dezerea Bryant will be a favorite in the women’s 60 and 200. She won both last season as a freshman on her way to Most Valuable Performer honors. On the men’s side, freshman Tevin Hester is ranked among the top four in both short sprints as well among ACC athletes.Clemson senior Marlena Wesh will look to capture a third straight ACC championship in the women’s 400 dash. She won each of the last two seasons with a time of 53.10, and will also be part of Clemson’s 4×400 relay that has won three straight titles. The men’s 4×4 will also be one of the favorites, in large part due to transfer Brunson Miller of The Citadel. All sprint and middle distance running finals are scheduled for Saturday, with the distance medley relay on Friday and 4×4 relays on Saturday.Ty McCormack should be in the mix in two distance events, the 3K and 5K. McCormack looks to be Clemson’s first all-conference male performer in those events since Matt Clark was a senior in 2008. McCormack ranks in the top 10 in Clemson history in the 5000 meters, which will be held Friday at 7:25 PM.In the field, Clemson’s most consistent performer has been senior Brittney Waller, a native of Greenville, SC. She owns the nation’s second-best mark in the weight throw and is in search of her third straight ACC championship in that event. She competes Friday at 1:00 PM. Whitney Fountain will get things started for the defending champions on Thursday with the pentathlon. She owns the ACC’s best total in the event and is a two-time all-conference performer in the event. Fountain’s first event will be the 60 hurdles at noon.

From the Tiger men’s team, the field events will be based around a pair of sophomore jumpers – Shai Carpenter and Torian Ware – as well as Marcus Brown and Cory Thalheimer in the shot put. Ware is the school record-holder in the high jump at 7’5″, and will compete Friday. Carpenter, All-ACC last season as a freshman, is slated to compete Friday. Brown and Thalheimer, who are third and fourth in the ACC in shot put seeding, respectively, will compete in that event at 1:30 PM on Saturday.The ACC Indoor Championships will be streamed live by the ACC Digital Network and live results will be available at FlashResults.com.