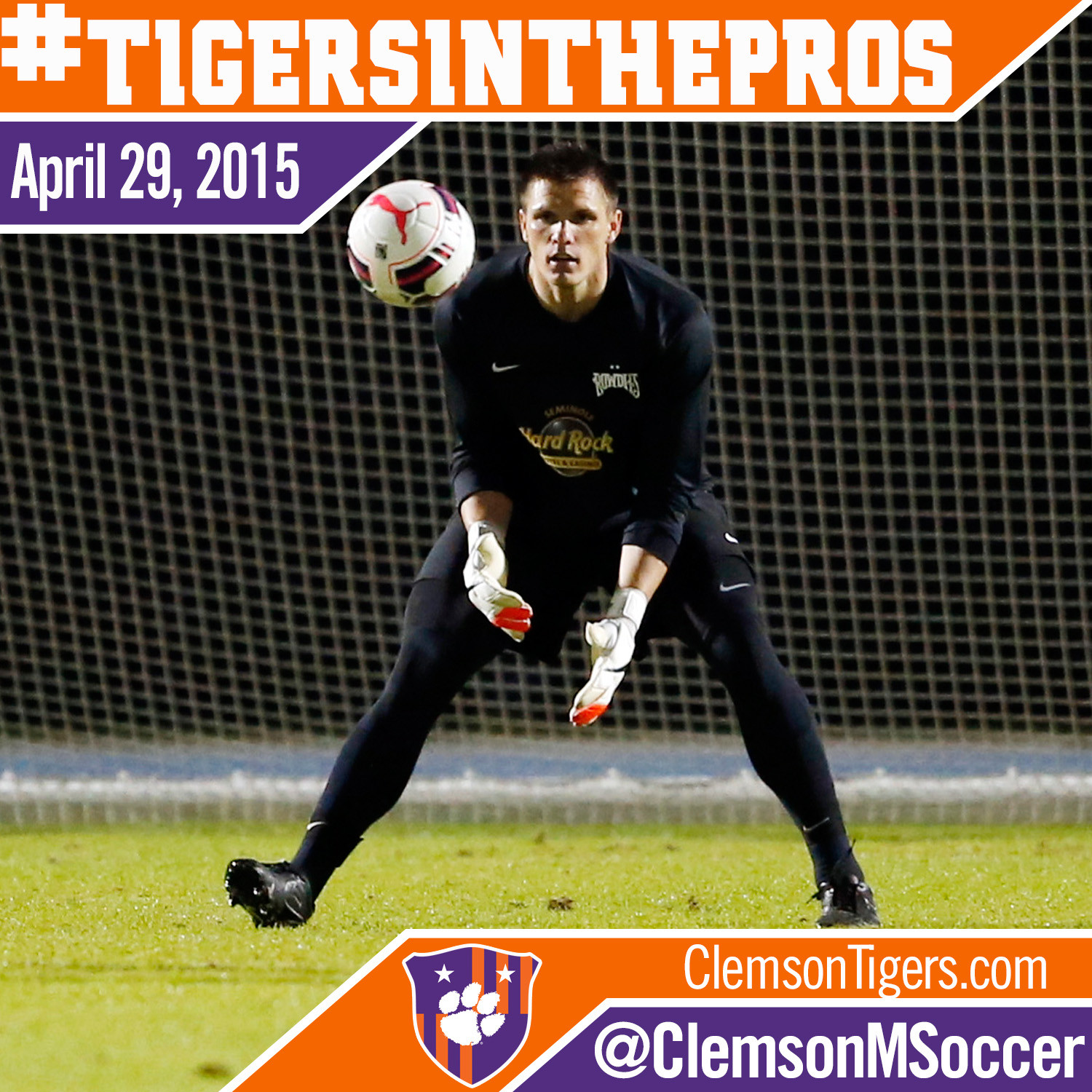 A pair of former Clemson goalkeepers lead this week’s Tigers In The Pros. Joe Bendik got the start, as he has all season, for Toronto FC on Sunday and shut-out Orlando City en route to a 2-0 win. Bendik now has 25 saves on the season for Toronto.

Feeling like a kid in a candy store. Huge thanks to @aviatasports for the shipment. Proud to be part… https://t.co/SSkqVmW8XJ

A pair of former Tigers met on the pitch this week. Sporting KC and the Houston Dynamo played to a 4-4 draw on Saturday, April 25. Amadou Dia, a 2014 Clemson graduate and another member of that ACC Tournament Championship team, played 30 second half minutes for Sporting KC, while Clemson grad Nathan Sturgis started for Houston.

Manolo Sanchez, another ACC champion, started for New York Red Bulls II this week in a 2-0 loss to the Rochester Rhinos of the United Soccer League (USL).

Phanuel Kavita, Clemson’s captain last season, was called up to Real Salt Lake’s first team and was on the bench this past weekend. Kavita signed a homegrown contract with RSL in January.

Thomas McNamara is with New York City FC’s first team this week after spending some time with the Wilmington Hammerheads, a USL team affiliated with NYCFC.