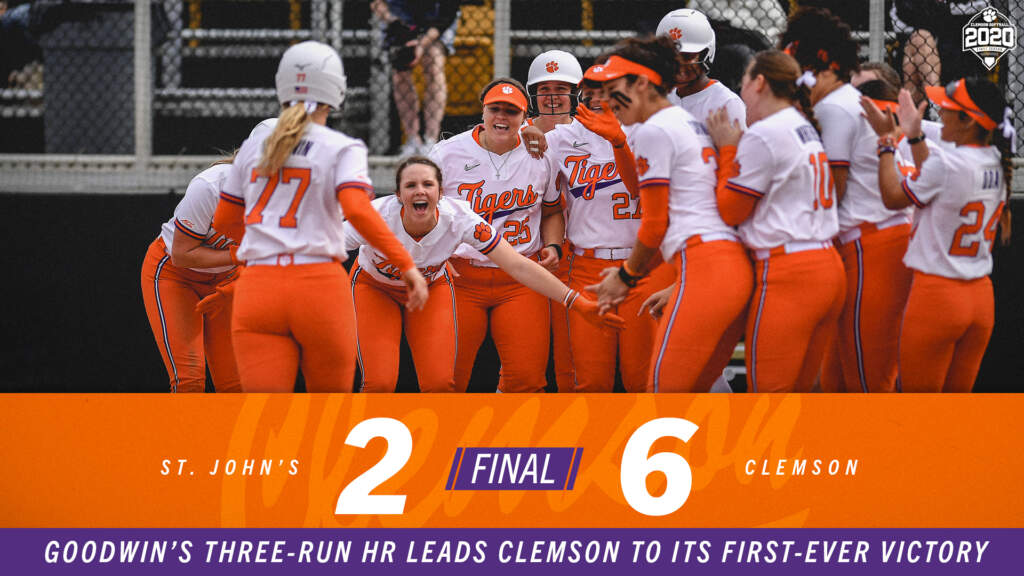 “A lot of emotions obviously, setting history, and first game in 2020,” said Clemson Head Coach John Rittman after the game. “It's been a long time coming. As coaches, we've been here since late 2017. It's all coming to reality. Today was a great effort by our team. I felt that we had some great performances today, starting in the circle with Logan Caymol. The battery with she and JoJo Hyatt were terrific. We had some clutch hits - Hannah Goodwin breaking the game open with a big home run (and) Cammy Pereira providing a lot of spark offensively.”

St. John’s secured an initial 1-0 lead to open the game after Red Storm base runners on the corners stole home and second. In the bottom of the second, Cammy Pereira’s single through the left side, which resulted in Clemson’s first-ever hit, RBI and run scored (Bailey Taylor), tied the game, 1-1. Later in the sixth, Marissa Guimbarda and Goodwin were both hit by pitches with the bases loaded, which extended the Tigers’ lead, 6-2.

“I thought as the game wore on, we settled down at the plate, got the adrenaline out of us and started having some good at-bats, and came away with a victory.”

Clemson returns to the field at UCF to take on Duke at 12:30 p.m. on Friday (Feb. 7). Live Stats can be accessed on the Tigers’ softball schedule page on ClemsonTigers.com.

A day of firsts!

Team 1 is 1-0! Congratulations to @RittmanJohn on your first win with @ClemsonSoftball, and to all of our student-athletes. This was special! https://t.co/Bwkd34wcr3

Congratulations ladies on the 1st of many wins. https://t.co/QCDsmTwTFw

From all of us at ClemsonFB:

Good luck to @clemsonsoftball as they play their first games in program history!

It would be so cool to say you threw the first pitch in program history! https://t.co/hoLEgDHb2J

A weekend of firsts is on deck for @clemsonsoftball.#NCAASoftballhttps://t.co/sVWp7watts 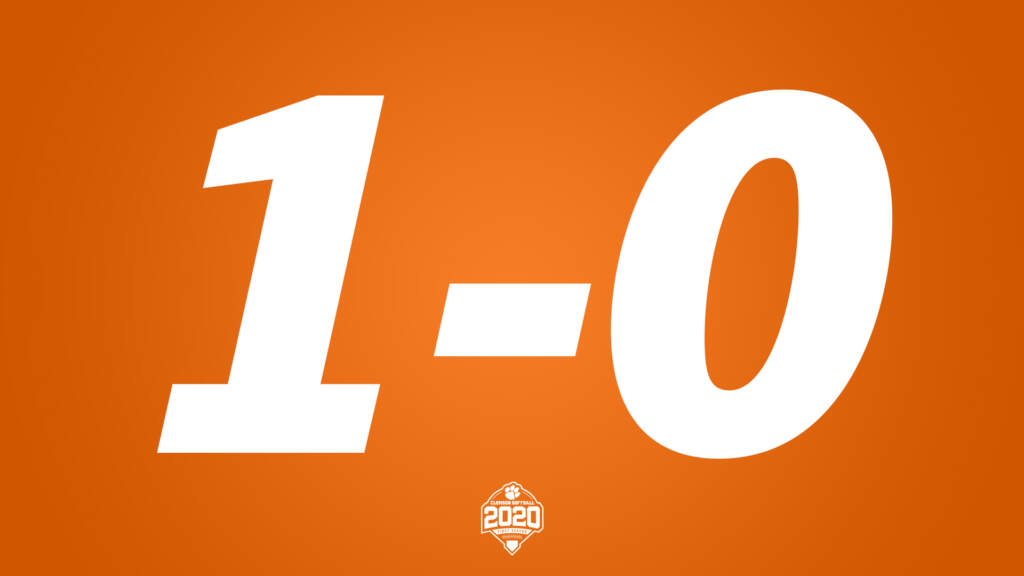