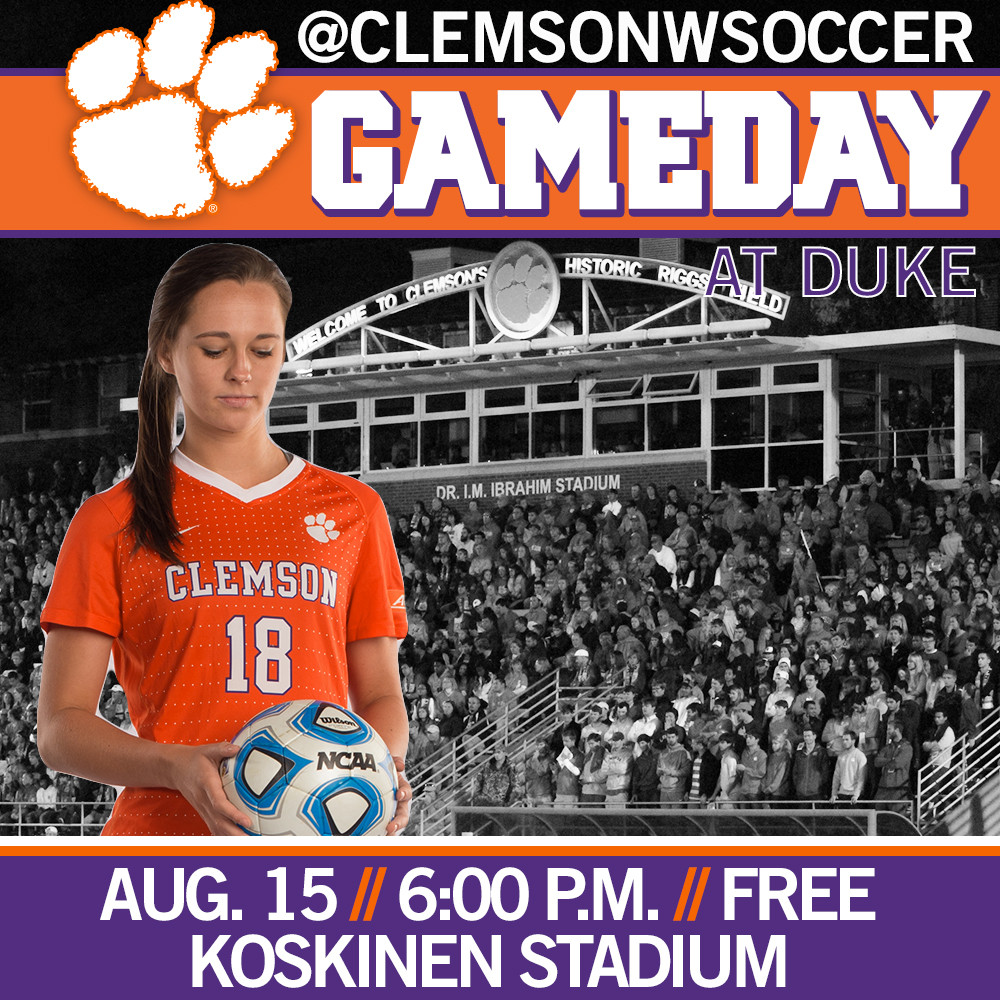 DURHAM, N.C. – The Clemson women’s soccer team, ranked 22nd in the NSCAA preseason poll, will travel to Durham, N.C. and square off against Duke in an exhibition match on Saturday, August 15 at 6:00 p.m. The contest will be played at Koskinen Stadium and admission is free to all fans.

The two teams will not play in the ACC regular season during the 2015 season and have faced off 23 times in school history. The overall series is tied 11-11-1 with the Tigers winning 1-0 in 2014.

The Tigers return nine starters from the 2014 NCAA Tournament team, including the top five goal scorers. Eddie Radwanski’s team finished 13-3-3 in 2014 and made the NCAA tournament for the first time since 2007.

The Blue Devils return seven starters from 2014 including five of the top goal scorers from last year’s team. Duke will welcome six freshmen to the squad in 2015. The 2014 team finished with an 8-9-1 overall record, and were 4-5-1 in the ACC.

Clemson will kick off the regular season August 21 against Texas in Charleston, S.C. before returning home August 28th against South Carolina at Historic Riggs Field.