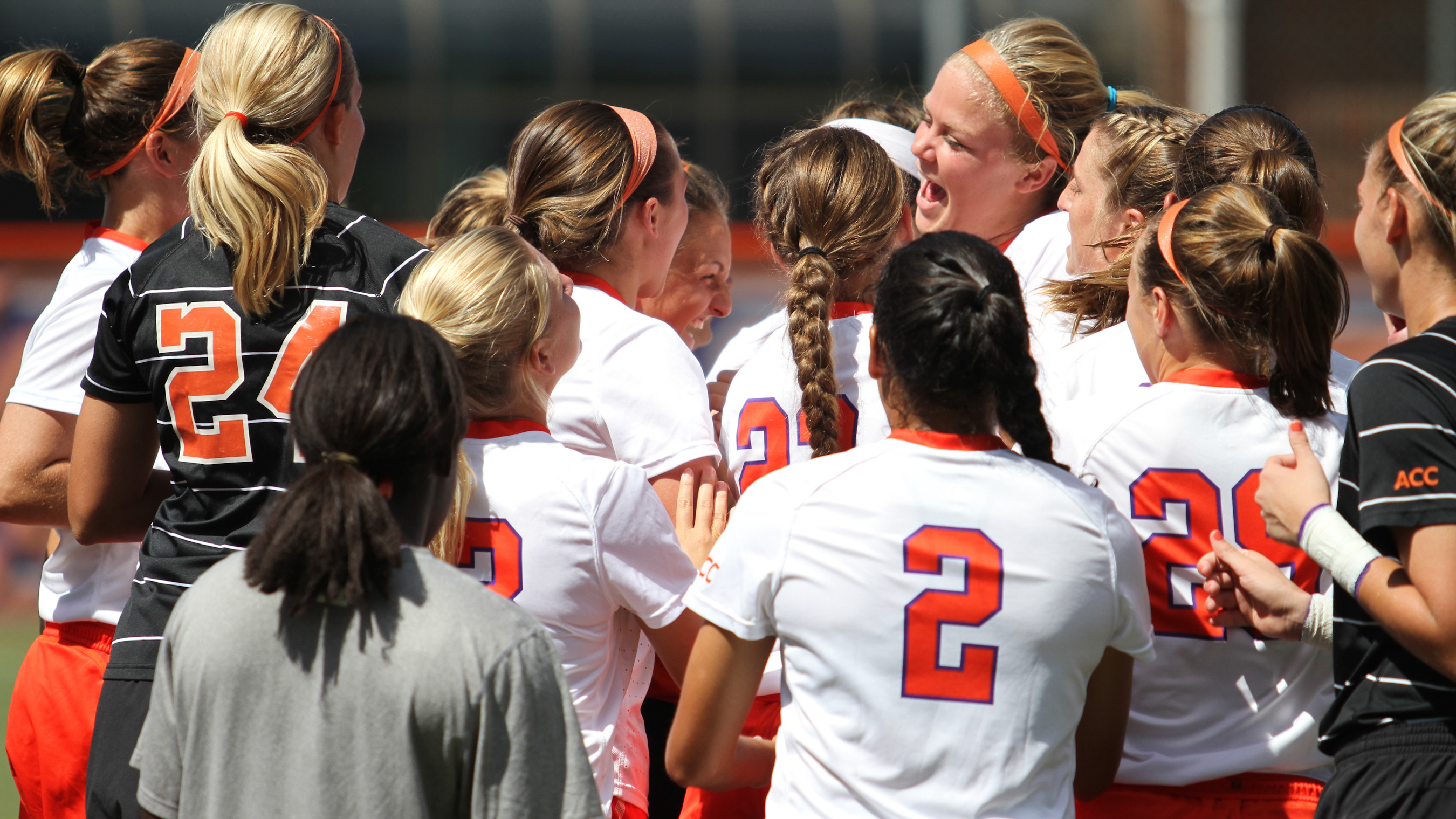 CLEMSON, SC – The Clemson women’s soccer team will conclude its four-game streak against teams from the state of North Carolina when it travels to Chapel Hill to take on defending NCAA champion and fourth-ranked University of North Carolina on Thursday, October 24.  The Tigers (7-5-4, 4-4-2 ACC) and Tar Heels (13-3, 7-3 ACC) will square off at 7 PM at Fetzer Field.

Thursday’s game against the Tar Heels, who are ranked #4 nationally by Soccer America and #5 by the NSCAA, will be the Tigers’ fifth out of the last seven contests against teams ranked in the top 25 in the nation, with all five coming against Atlantic Coast Conference teams.  In the most recent poll released by the NSCAA on October 22, four out of the top five teams in the country are from the ACC (#1 Virginia, #3 Florida State, #4 Virginia Tech and #5 North Carolina.)  In addition, 11 ACC teams are in the top 64 of the latest RPI rankings, including the Tigers, who are currently 44th.

Last week, Clemson went 0-1-1 with a 0-0 double overtime draw against Duke and a 1-0 loss to #19 Wake Forest, both at Historic Riggs Field.  Goalkeeper Kailen Sheridan recorded six saves in the two games and now has 53 on the season, along with a .815 save percentage, which ranks third among conference goalkeepers.  The freshman has given up just 12 goals all year, and has a 0.74 goals against average, good for sixth in the conference.  The shutout versus the Blue Devils last Thursday was her seventh solo shutout of the season which keeps her in a tie for second in the ACC in that category.

Senior midfielder Vanessa Laxgang leads the Clemson team in scoring with 12 points, on five goals and two assists, while freshman forward Catrina Atanda ranks second with four goals for eight points. A total of 13 different Tigers have scored at least one goal so far this season.

North Carolina is coming off a 2-0 loss to the nations’ top-ranked team, Virginia, in Chapel Hill last Sunday. Crystal Dunn leads the Tar Heels in scoring with 11 goals and three assists for 25 points.  In goal, Anna Sieloff and Bryane Heaberlin have both played in all 16 games this year, and the duo has combined for 28 saves and eight shutouts.

The Tar Heels, the 2012 NCAA Champions, have been dominant in NCAA tournament play since 1982, the first year of the tournament, winning 21 national titles in 31 years.  Also, in the 26-year history of women’s soccer in the Atlantic Coast Conference, North Carolina has 20 ACC regular season titles and 20 ACC Tournament championships.

Clemson has defeated North Carolina once in program history, a 2-1 victory at Historic Riggs Field on September 13, 2000.  At the time, the Tigers were ranked fourth and the Tar Heels were first in the nation.  Clemson went on to win the ACC regular season title that year and advance to the NCAA Quarterfinals, and finished the year ranked fifth in the final national poll.  The last time the two teams met in Chapel Hill, the then-ninth-ranked Tar Heels defeated the Tigers 2-0 on October 6, 2011 at Fetzer Field.