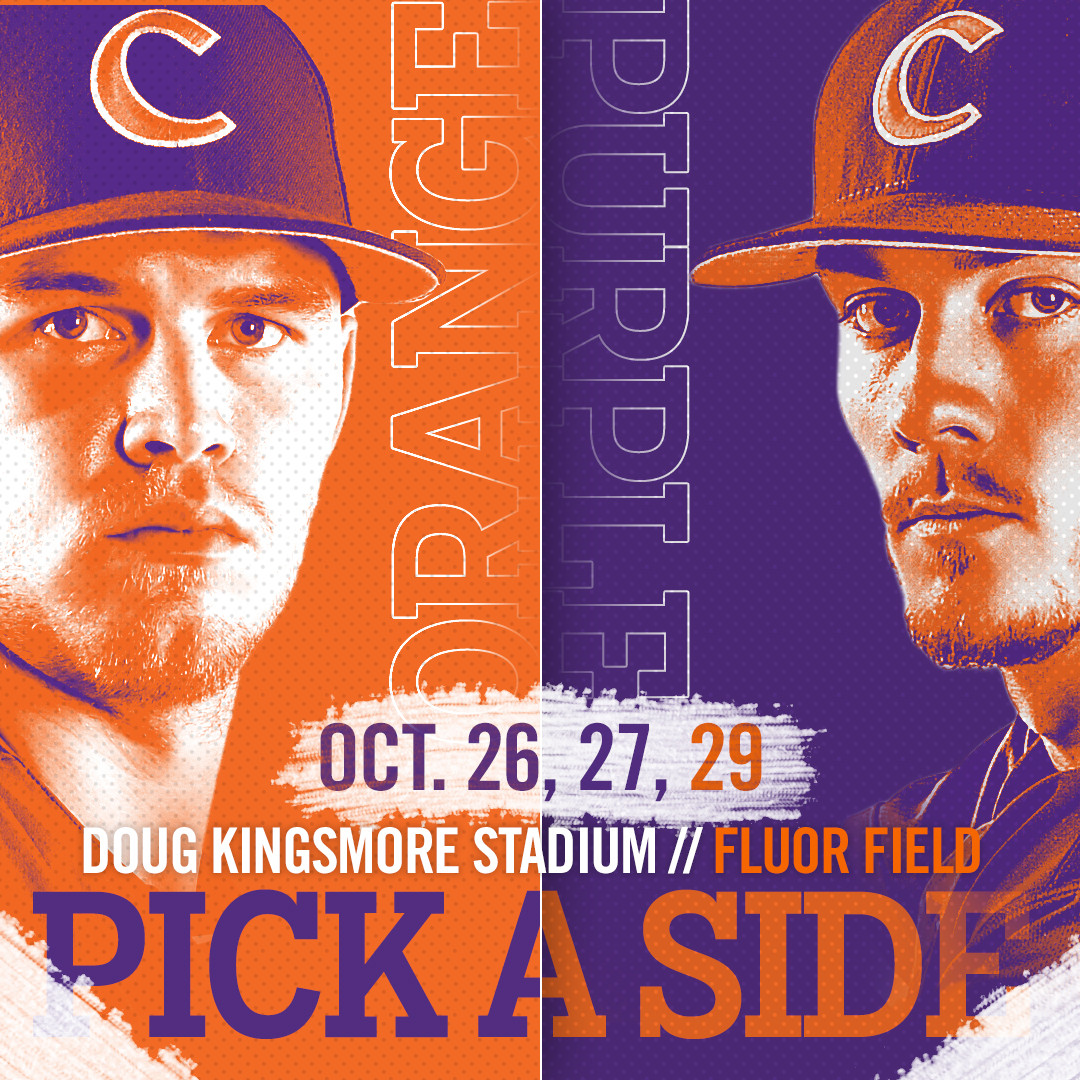 CLEMSON, S.C. – The Tigers conclude fall practice with three Orange & Purple baseball scrimmages this weekend (Thursday, Friday, Sunday). The scrimmages on Thursday and Friday are at Doug Kingsmore Stadium, while Sunday’s scrimmage is at Fluor Field in Greenville, S.C. Game times are 4 p.m., 7 p.m., and 2 p.m., respectively. Admission is free to all three scrimmages.

The Main Street Gate, the only one that will be open for fans to enter, opens at 1 p.m., for Sunday’s game at Fluor Field. After that scrimmage, Tiger players will pass out candy provided by the Greenville Drive staff to kids as they run the bases on the field.

Clemson welcomed the No. 11 recruiting class in the nation (2018 newcomers) according to Collegiate Baseball. The Tigers open the 2018 season with a three-game series against William & Mary at Doug Kingsmore Stadium from Feb. 16-18.