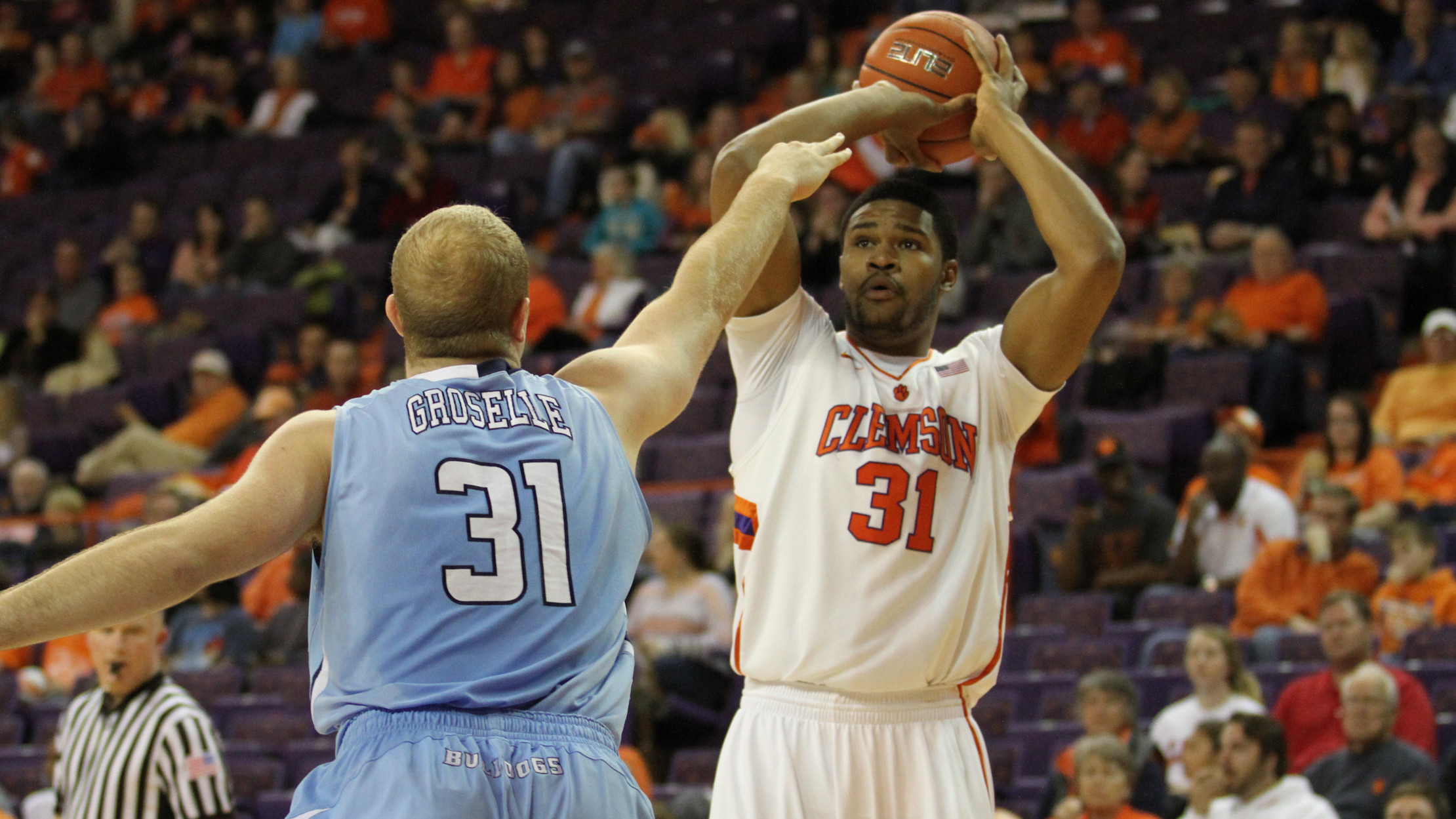 QUICK FACTS• Clemson and Florida State will face off on the hardwood for the 60th time in series history Saturday. It will be the first of two meetings between the two conference rivals over a span of 19 days.• The Tigers wrapped up the non-conference portion of the 2012-13 schedule with a 41-point victory over The Citadel on New Year’s Day. Clemson scored its highest point total (92), most field goals (35) and largest victory margin in 77 games under Head Coach Brad Brownell.• Florida State comes into the game with an 8-5 overall record, having lost its most recent contest at Auburn by a score of 78-72 on Thursday. The Seminoles are 1-1 on the road this season, with a win over Charlotte last week.• Clemson has won 10 of the last 11 meetings with Florida State in Littlejohn Coliseum, including both games under current Head Coach Brad Brownell. Last season, the Tigers beat the eventual ACC Tournament champion Seminoles by a margin of 20 points.• This is the fourth time in the last seven seasons Clemson will open its ACC regular season schedule against Florida State. Clemson is 13-17 all-time when opening ACC play at home.• Saturday will mark the first of 18 conference games for the Tigers, the first 18-game ACC schedule in history. The league had employed a 16-game format the last 21 seasons.• Clemson outscored The Citadel in points off turnovers by a 44-13 margin, and have now outscored opponents 238-113 this season off turnovers. That accounts for 30 percent of Clemson’s scoring this season.• Clemson enters Saturday’s game atop the conference in blocks per game (5.2) and second in steals per game (8.2). Sophomore forward K.J. McDaniels is the only player in the ACC to lead his team in both categories.• Freshman guard Adonis Filer was 7-for-7 from the floor against The Citadel, including 4-for-4 from three. It was the best perfect shooting night by a Tiger since Raymond Sykes made all eight of his attempts against Ole Miss in 2007.• Filer had 21 points versus The Citadel, one of only seven Clemson freshmen to score at least 20 in a game this century.• Jordan Roper has scored double figures in three of Clemson’s last four games, with a high of 16 against Florida A&M.

TICKET PROMOTIONChildren 12 and under are eligible for a $5 ticket to the game.  Click here to print a voucher, and for additional details about the promotion.