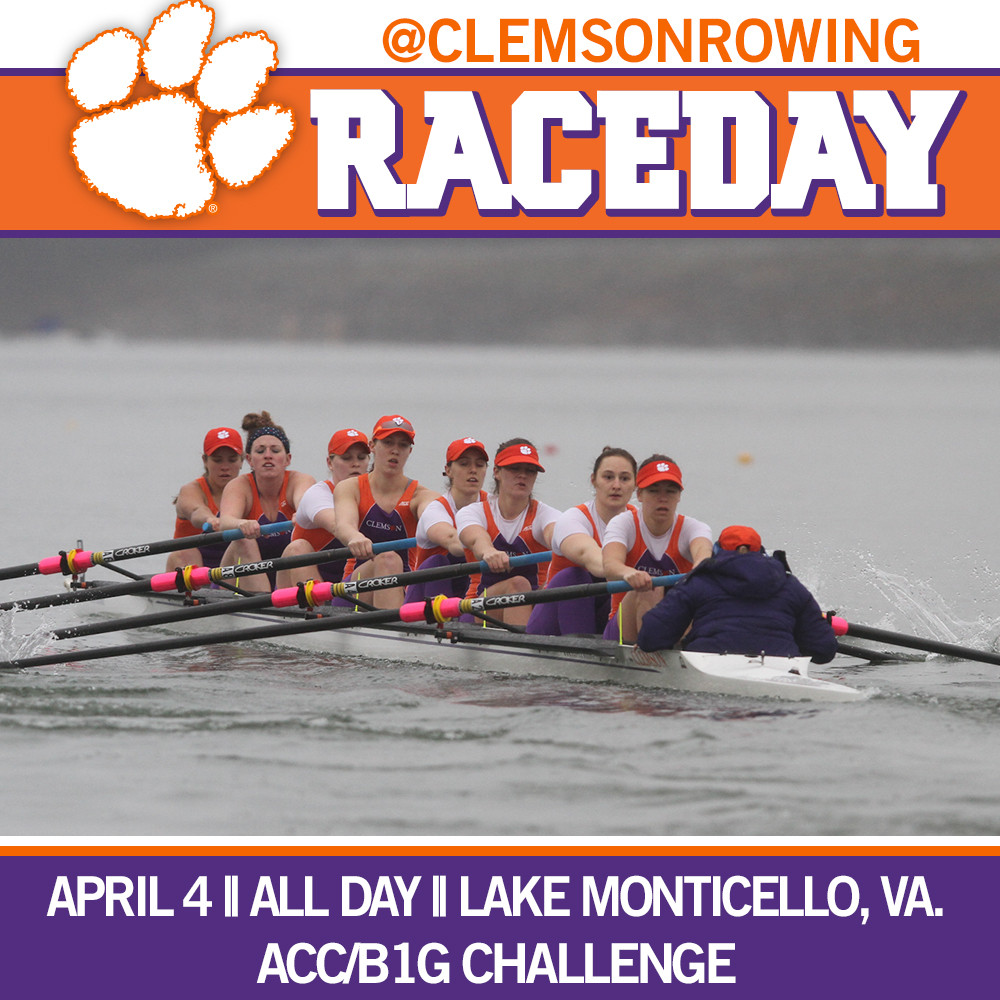 CLEMSON, S.C. – The Clemson rowing team heads north to compete in the ACC/Big Ten Challenge on Saturday, April 4. Racing, which will be held on Lake Monticello, just outside of Charlottesville, Va., will begin at 9 a.m. and run through 2:30 p.m. The Tigers will compete against Michigan, Ohio State and Navy.

Clemson returns to Virginia after a successful showing at the Occoquan Sprints last weekend. The Tigers finished 1-2 in both the Varsity Eight and Varsity Four finals, and also claimed victory in the pairs.

This weekend will provide a steep increase in competition. Clemson will race against two-time defending national champion and top-ranked Ohio State and ninth-ranked Michigan, in addition to Navy. The two Big Ten programs will be the first ranked opponents the Tigers face this season. Clemson received three votes in the latest CRCA/USRowing Coaches Poll.

Racing will be broken down into two sessions — morning and afternoon. The morning session begins at 9:10 a.m. for the Tigers, who square off against the Wolverines and Midshipmen. The Tigers and Buckeyes square off in the afternoon when racing resumes at 1:10 p.m.