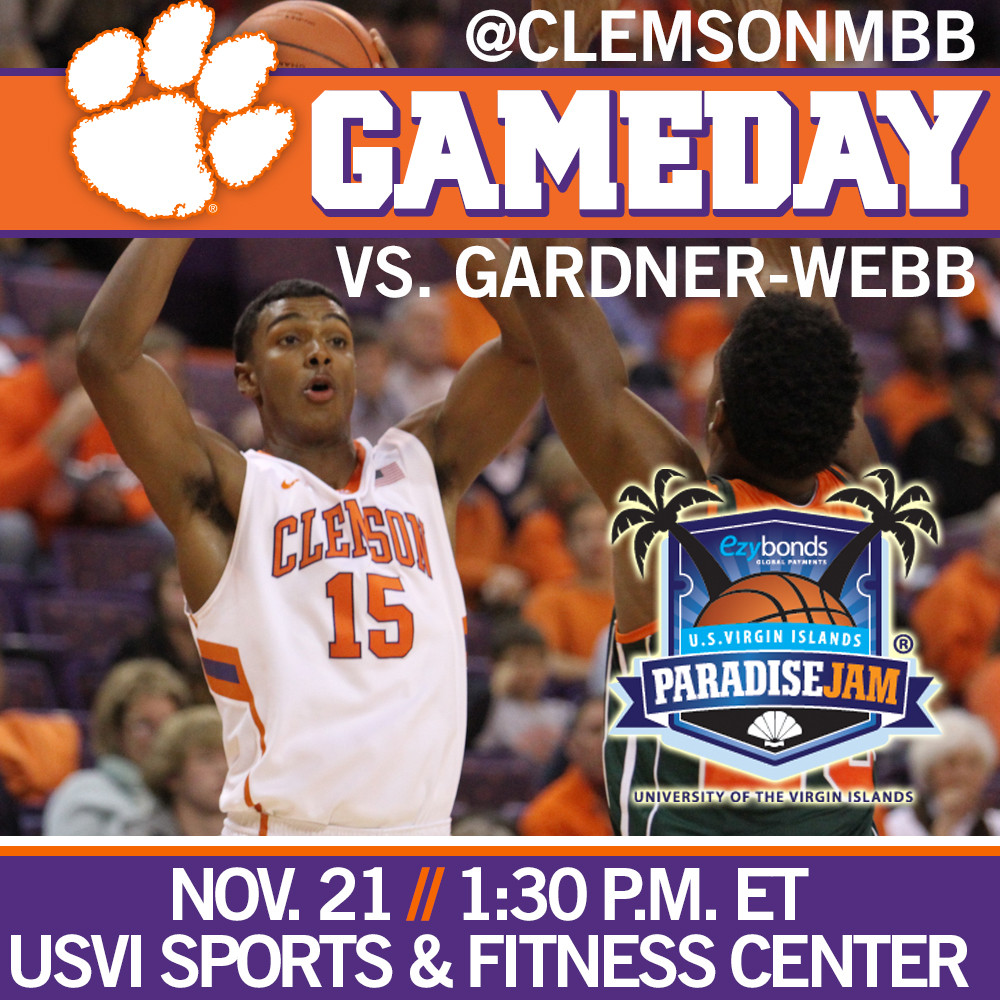 • Clemson returns to the Paradise Jam for the third time in school history. The Tigers last played in the event in 2010, Brad Brownell’s first season.

• The Tigers have a record of 4-2 in the event with an appearance in the 2001 championship game against Miami (Fla.)

• Clemson faces the Runnin’ Bulldogs of Gardner-Webb in the opening round, the second straight opponent the Tigers play out of the Big South Conference.

• The Tigers look to rebound from a tough three-point defeat to in-state foe Winthrop. Clemson gave up 77 points and shot just 23 percent from three and 58 percent at the free throw line in the loss.

• Clemson has won 25 regular season tournaments, most recently the inaugural Charleston Classic in 2008.

• Landry Nnoko has established a career high for points scored in two straight games to open the season (15 vs. Florida A&M, 19 vs. Winthrop).

• Donte Grantham has 25 points through two games, most by a Tiger freshman through his first two games since Terrence Oglesby posted the same total in the first two contests of 2007-08.