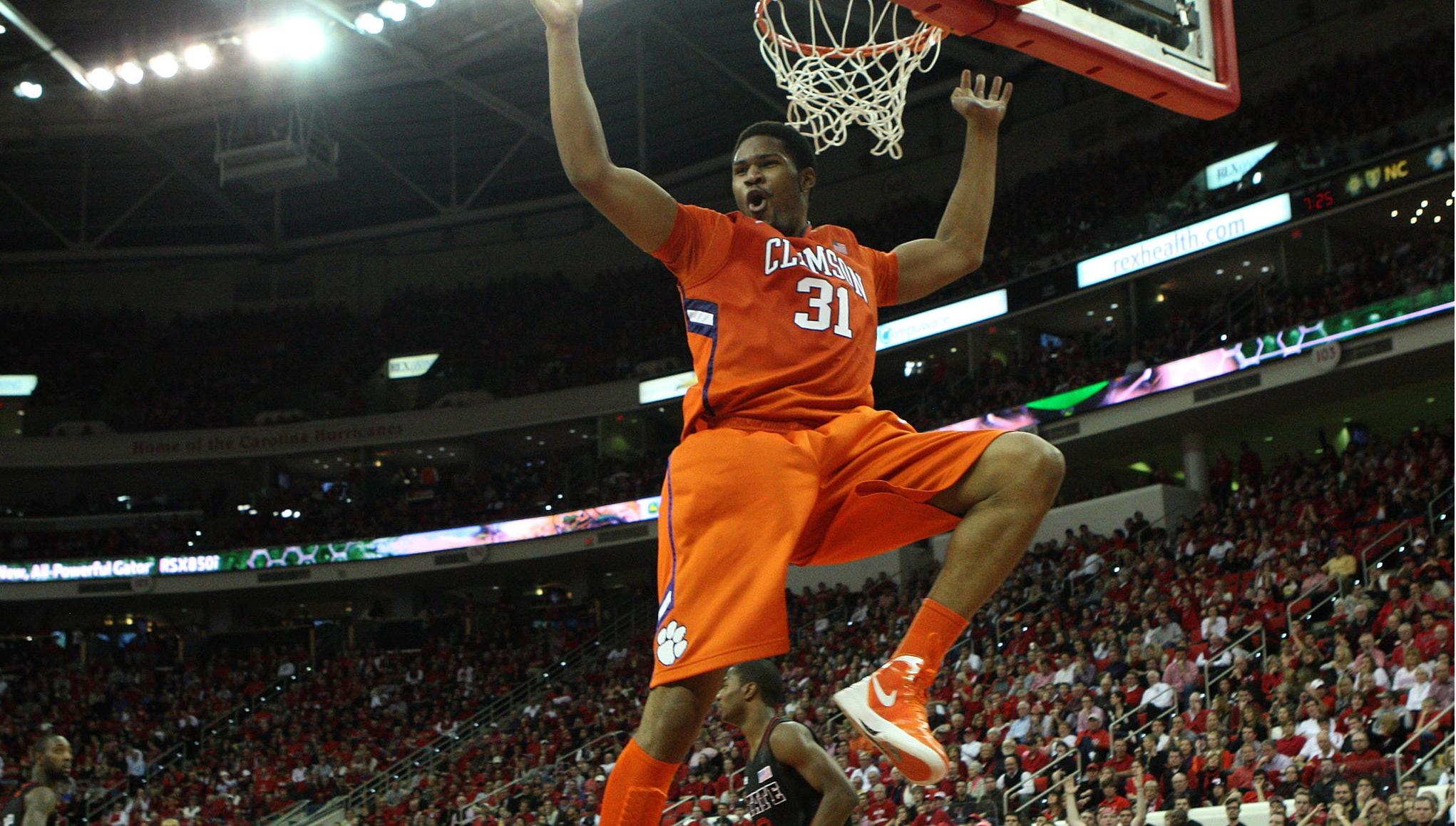 QUICK FACTS• Clemson and Florida State meet for the second time in the last 19 days on Thursday, and for the 61st time in series history. The Seminoles, who have won the last two over Clemson, own the series lead all-time 32-28.• Clemson has six wins at Florida State in its history, including two in the last six seasons. Cliff Hammonds hit the game-winning layup in Tallahassee to lift the Tigers to a win in 2007, while Trevor Booker and Andre Young led Clemson to a victory in the Tucker Center in 2010.• Clemson is 2-3 in the ACC and is coming off a four-point loss at No. 14 NC State in its last outing. The Tigers shrugged off an early 10-0 deficit before tying the game twice in the second half, only to fall short despite a career-high 27 points from Devin Booker.• Florida State jumped out to a 2-0 record in ACC play, winning at Clemson and at Maryland, but has dropped games to North Carolina and Virginia to fall to .500 in conference games. Both teams are 10-7 entering Thursday’s matchup.• The Seminoles won the first meeting, 71-66, after jumping out to a 24-8 advantage just 10 minutes into the game.• In five ACC contests, Clemson has held the opposing team’s top scorer coming into the game below his average, and four of the five to single digits. Joe Harris is the only leading scorer to post double digits against Clemson’s defense.• Booker made 13 field goals in the loss at NC State, a high under Brad Brownell and most by any Clemson post player since Elden Campbell also had 13 against Mercer in 1987-88.• Booker’s 27 points were the most by a Clemson player against a ranked opponent since K.C. Rivers posted 28 in the 2008 ACC Championship Game versus No. 1 North Carolina.• Booker boosted his scoring average to 17 points per game in ACC play, seventh-best in the conference.• Milton Jennings went over 800 career points and 500 career rebounds in the game at NC State. He is shooting 50 percent from three in ACC games, fourth-best in the league.• Rod Hall had a season-high 16 in the game at NC State, including 12 after halftime. The sophomore point guard made a career-best seven field goals in Raleigh.• Hall needs two assists and Jennings needs three for both players to reach 100 in their respective careers.