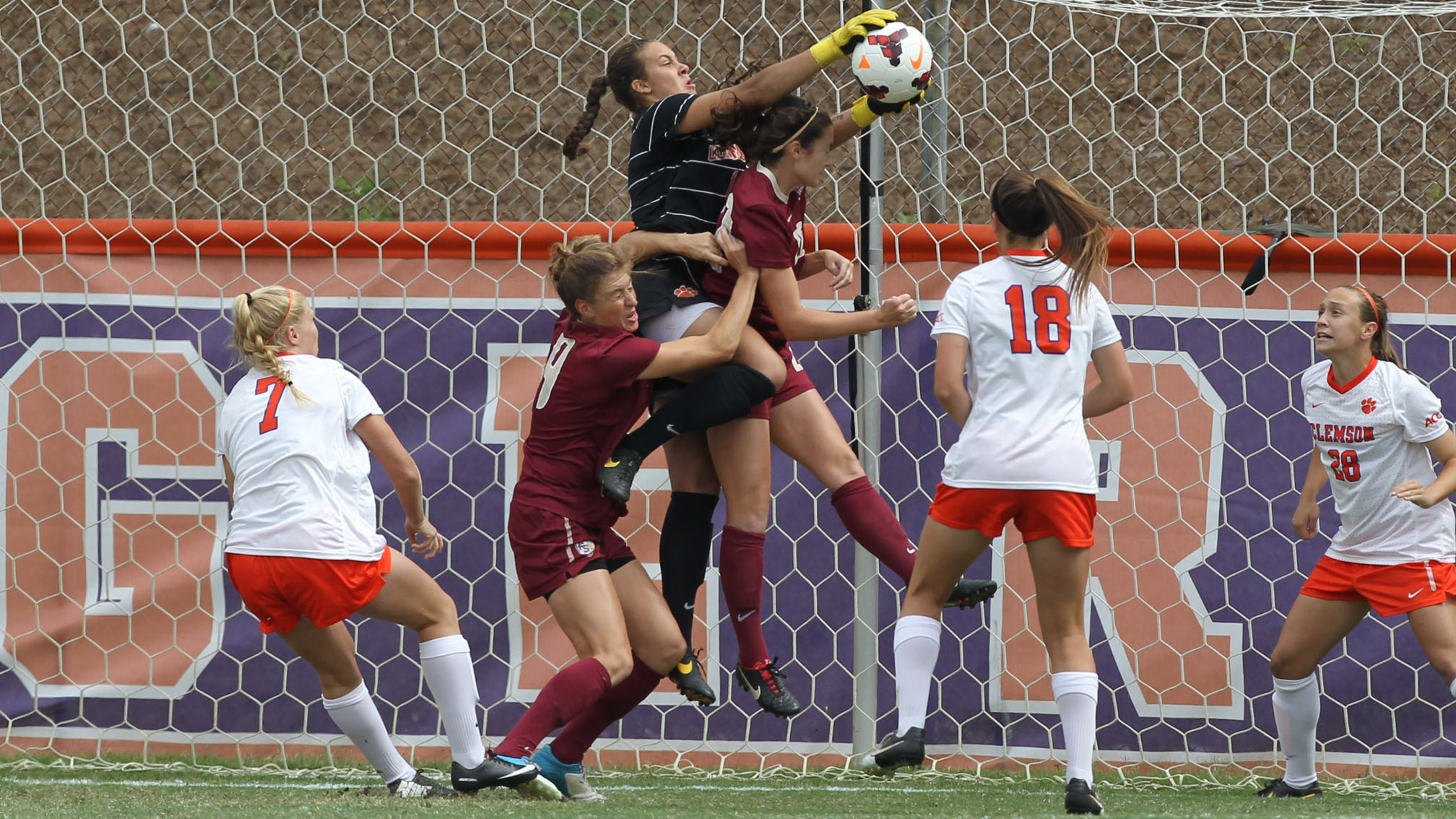 CLEMSON, SC – The Clemson women’s soccer team will take a road trip through the state of Virginia this week to face two Atlantic Coast Conference opponents ranked in the top 12 in the nation.  The Tigers will face #12 Virginia Tech on Thursday at 7 PM at Thompson Field in Blacksburg and top-ranked Virginia on Sunday at 2 PM at Klockner Stadium in Charlottesville.

The Tigers are 6-2-3 overall and 3-1-1 in ACC play, most recently defeating Syracuse 1-0 on the road and tying #3 Florida State 1-1 at home last week.  Senior midfielder Vanessa Laxgang netted Clemson’s goal in the draw against Florida State, and leads the team in scoring with five goals and two assists for 12 points.  Freshman forward Catrina Atanda ranks second with four goals, two of which were game-winners, for eight points.

Freshman midfielder Tori Andreski has the team lead in assists, with four on the season.  Freshman goalkeeper Kailen Sheridan has started all 11 games in goal for the Tigers, recording 32 saves and five shutouts, while allowing just seven goals in 985 minutes of play.  Sheridan posted a season and career-high eight saves in Clemson’s draw versus the Seminoles last week.

In the series between the two teams, which began in 2004, Clemson has a 2-4-3 overall record and a 1-2-2 mark in games played in Blacksburg.  In the most recent meeting, the then-22nd-ranked Hokies defeated the Tigers 3-0 at Historic Riggs Field on October 18, 2012.

Virginia, ranked #1 by the NSCAA and Soccer America for the third-straight week, is 11-0 overall (5-0 ACC) and is the only remaining undefeated and untied Division I women’s soccer team for the 2013 season.  Sophomore forward Makenzy Doniak has tallied nine goals and five assists for 23 points to lead the Cavaliers in scoring.  Freshman Morgan Stearns has given up four goals and tallied 18 saves along with four shutouts in eight games (675 minutes) in goal for Virginia.

The Cavaliers have the advantage in the series against Clemson, with a 10-12-1 overall record and a 3-6-1 ledger in contests played in Charlottesville.  In last year’s matchup on September 23, 2012, then-fifth-ranked Virginia defeated the Tigers 1-0 at Historic Riggs Field.