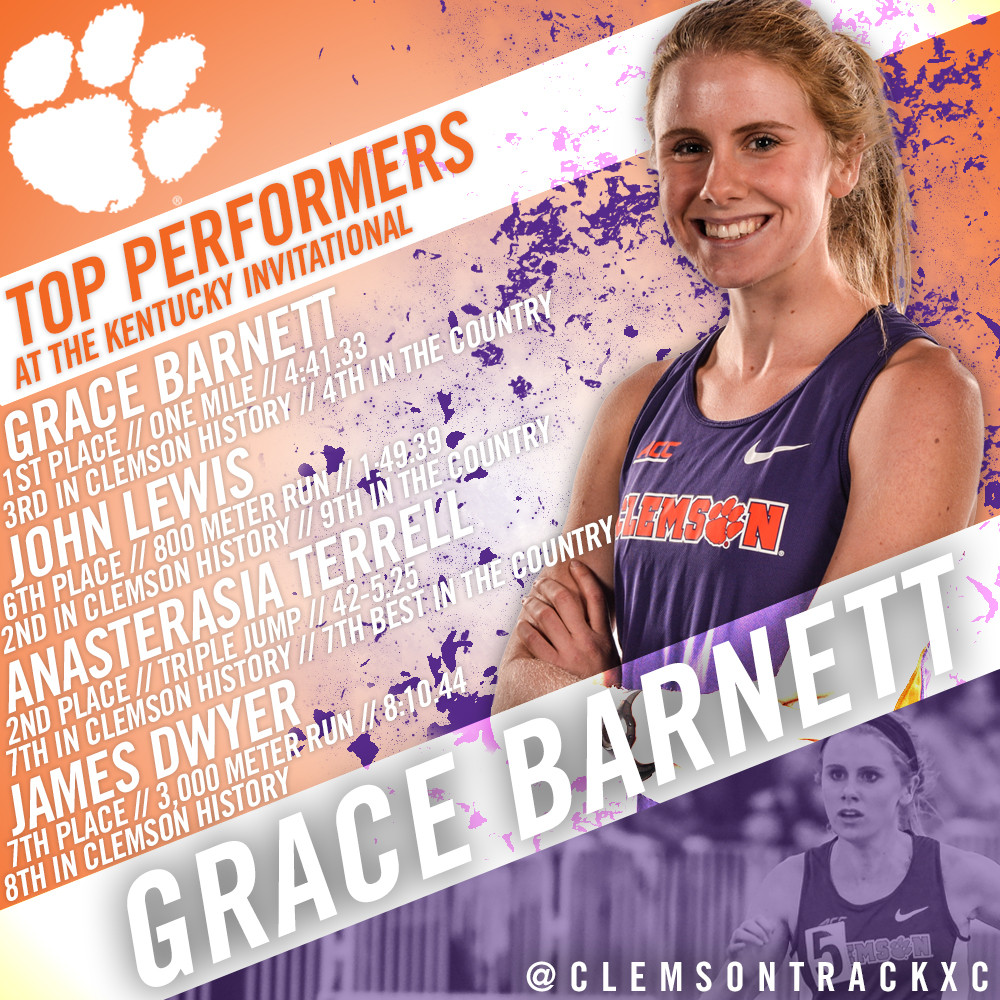 LEXINGTON, KY. – After a strong effort on the first day of competition, Clemson came back even stronger in the finale of the Kentucky Invitational. Grace Barnett, Anasterasia Terrell, John Lewis and James Dwyer all brought their best in their events.

Barnett ran the fourth fastest mile time in the country to take first in the race. The harrier’s time of 4:41.33 is a personal best and positions her third in Clemson’s history. Madison Huffman also ran a personal best in the mile, clocking in at 5:02.74.

Lewis enjoyed his breakthrough performance as the freshman crossed the finish line of the 800 meter run with the second fastest time in Clemson history. His time of 1:49.39 placed him sixth overall in the race and is good enough for the ninth best time in the country.

Shai Carpenter followed up his first place performance last week with another solid effort in the triple jump. The redshirt senior jumped 51-8.5 to place second overall in the event.

The rest of Clemson’s success came on the track as Myasia Jacobs turned in a 7.42 in her 2016 debut in the 60 meter dash. Olivia James and Deja Parrish finished third and fourth respectively with times of 53.99 and 54.37 in the 400 meter dash. Cordell Lamb placed sixth in the men’s 400 meter dash.

Next week, the Tigers host their final home meet of 2016. The Bob Pollock Meet is scheduled for January 29 and 30 at the Clemson Indoor Track and Field Complex.