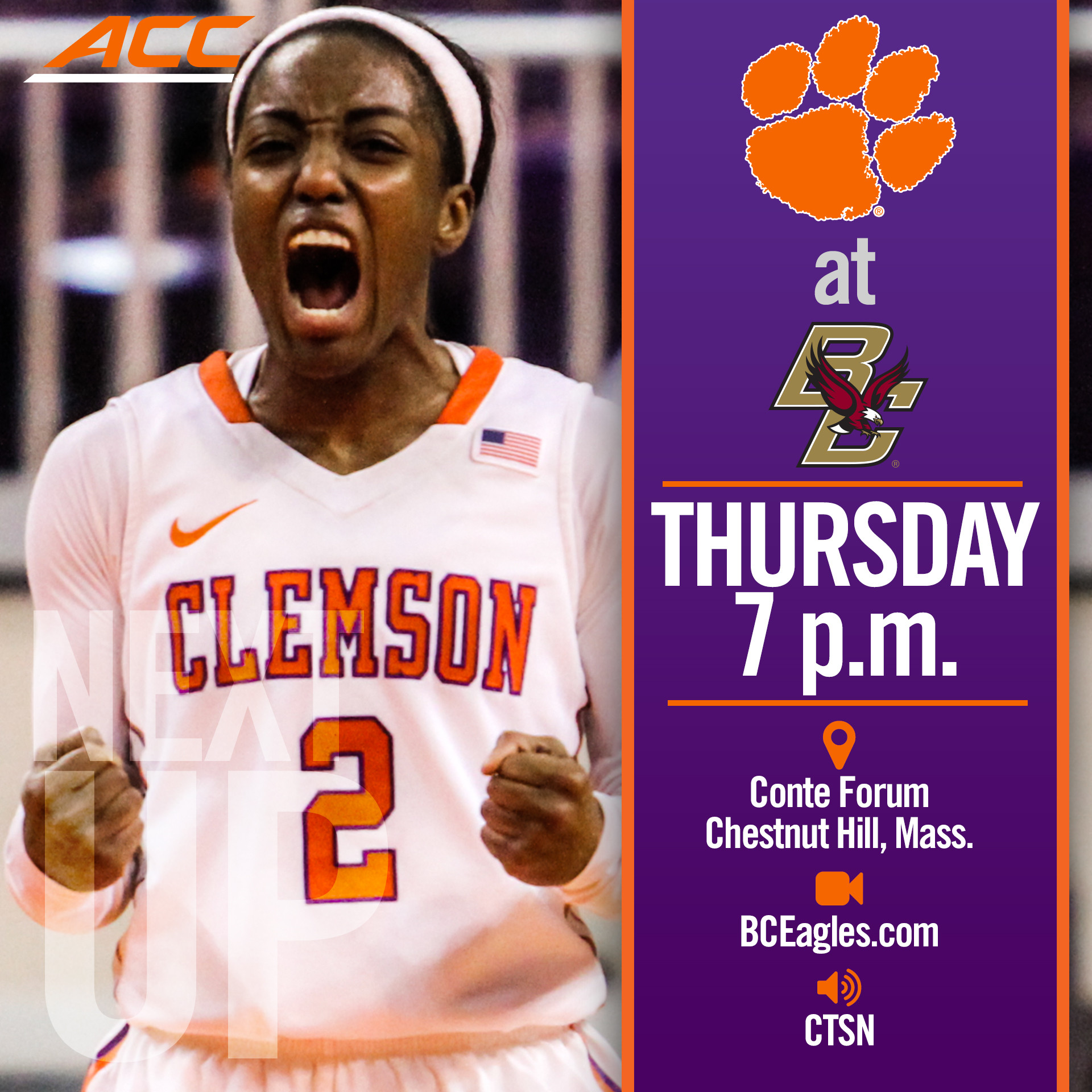 Tigers Take on BC Thursday

CLEMSON, S.C. – The Tigers look to snap an eight-game losing streak on Thursday at 7 p.m. when they take on Boston College (9-12, 1-7 ACC) in Chestnut Hill, Mass. Clemson (9-13, 1-8 ACC) has erased double-digit leads in each of the last two games only to falter late. The Tigers have won two in a row against the Eagles, including a 72-67 win in Littlejohn Coliseum last season.

Tiffany Lewis is coming off a career-high 19 points and five three-point field goals against Virginia as Clemson erased a 19-point second half deficit. Nikki Dixon (16.0 ppg, 6.2 rpg) enters as Clemson’s scoring and rebounding leader, and with seven more points will become just the sixth player in school history to amass 1500 career points and 500 career rebounds. She is coming off a 17 point, 11 rebound four assist performance against the Cavaliers.

The Tigers have played a schedule ranked among the 25 most difficult in the nation thus far, including 11 games against the top-64, and are seeking a first win away from home.