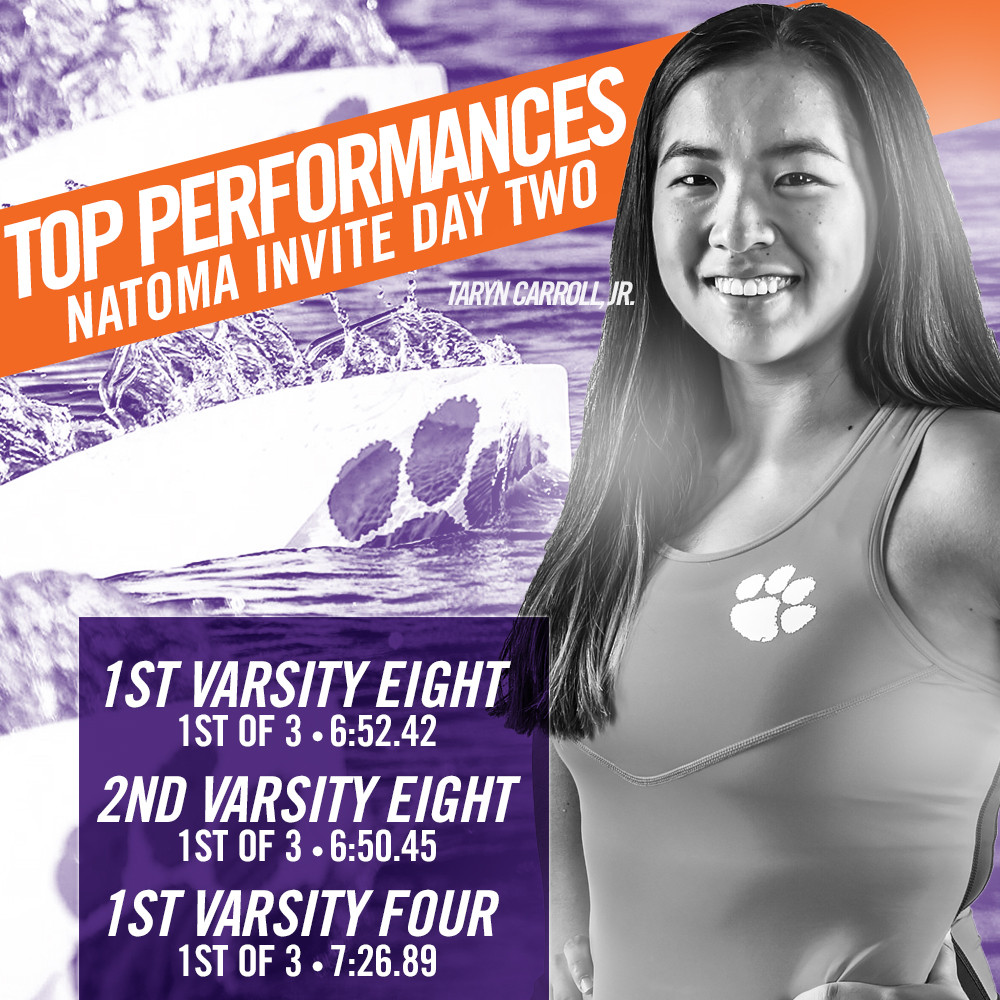 The 2V8 not only won its race, it also posted a faster time than any of the three 1V8 boats from the three schools. Coxed by Kasi Sweisford, the Tigers raced to a time of 6:50.45, more than nine seconds ahead of the host Sacramento State.

Clemson’s 1V4 began the day with a win, outlasting the Hornets with a time of 7:26.89, with Boston well back in third place. The 1V8 completed the sweep for the Tigers with a time of 6:52.42, holding off both competitors at the finish line in one of the tightest contested races of the weekend.

“This trip out west was an opportunity to see some fast teams that we haven’t raced yet, and face adversity far from home,” said head coach Stephen Frazier Wong. “It was great to end the weekend on a winning note, but we know we have some work to do before the Clemson Invitational in two weeks.”

The Tigers return home and enjoy a week off from competition before welcoming one of the nation’s elite fields for the fifth annual Clemson Invitational, held April 22-23 on Lake Hartwell.