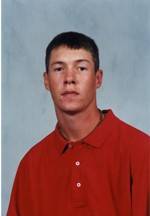 Howey-in-the-Hill, FL– Texas golfer Farren Keenan made a 75-yard chip shot on the final hole of the final match to lead fifth seed Texas to a 3-2 victory over 13th seed Clemson in the second round of the Hooters Collegiate Match Play Championship.

Keenan defeated Poole 1 up in an incredible match taht saw Poole battle back from being three down after just five holes. On the fifth hole with the match all square, Keenan had a 35 foot putt for par and Poole had a 12-footer for birdie. But Keenan drained his 35-footer and Poole missed the birdie putt so the match continued.

Then on the 18th hole of the match, the sixth hole on the course, Poole hit his approach to within 15 feet of the hole. Keenan hit his drive in the rough and could get his second shot within just 75 yards. But, his wedge shot went in on the fly. Poole missed his 15 footer to tie and Texas gained the victoy.

Clemson winners in the match play event were Jack Ferguson, who defeated Jeff Ball of Texas 2 and 1, and Nick Biershenk, who downed Jace Moore by the same score.

“We played well today, we just were beaten by some extraordinary shots in that last match,” said Clemson Head Coach Larry Penley. “I was proud of the way we competed. We have played well so far in this event.”

The Tigers then moved on to play Arizona. Brian Duncan defeated Arizona’s Henry Liaw on two of the last three holes and went on to a 1-up victory at the number-one position, leading Clemson to a 3-2 team match victory on Monday afternoon at the Hooters Collegiate Match Play Championship.

The Tigers now will face Florida in the consolation championship on Tuesday. It was the third straight 3-2 match for Larry Penley’s Tigers. Earlier Clemson defeated Kentucky by that score, then dropped a 3-2 decision on the last hole of the last match against Texas.

Duncan trailed for 11 consecutive holes, then won the 16th and 17th holes of the competition before halving the last hole for the victory. Clemson also got wins from Nick Biershenk. Delahoussaye had an easy 4 and 3 win over Nathan Tyler, while Biershenk won his second match of the day with a 3 and 2 win over Josh Esler. Biershenk was the only Tiger to win both of his matches on Monday.