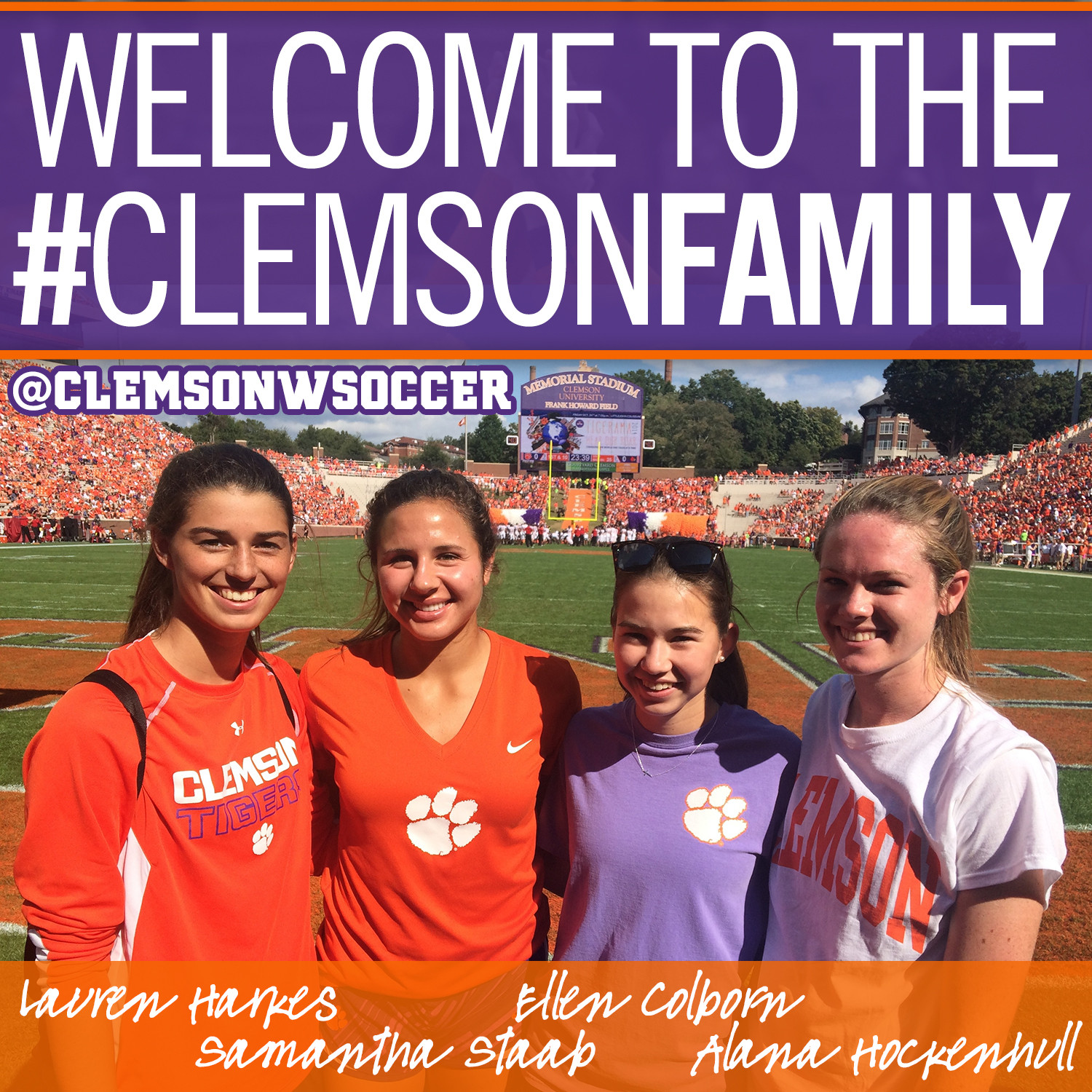 “We are excited to welcome another outstanding group of young women to the Clemson family,” said Radwanski. “The foundation of our team continues to be strengthened by adding high character people. Each of these girls is eager to represent Tiger Nation both on the field and in the classroom. The focus of this recruiting class was very specific, and what we add takes us one more step in the right direction.”

Read more about each 2015 signee below:

Radwanski on Harkes:“Lauren has a tremendous soccer brain. As a central midfielder she values the ball, has excellent vision to pick a pass, and a good understanding of how to control tempo, which is critical at our level. She has a knack for finding the right supporting positions, which make her a valuable link player. She has grown up in a family that is passionate about the game. It has been exciting to watch her game continue to develop, and I see a bright future ahead for Lauren.”

Radwanski on Hockenhull:“Alana has been one of the most consistent goal scorers in her age group nationwide, year after year. In a word, she is a finisher. But it’s her ability to provide for the players around her that really sets her apart. A versatile attacking player, she has excellent timing in her movement, and recognizes options for combination play early in possession. Her instincts in the final third of the field consistently lead to goal scoring chances, which is a priority in every team. I am very excited to work with Alana as she transitions into the college game. We believe she will flourish in our environment and the ACC.”

Radwanski on Staab:“Sam brings a wide ranging skill set with her to Clemson. A naturally left-footed player, her range of passing will be a tremendous asset to our team. She is extremely competitive both in the tackle and in the air. She has been the anchor in the middle of the field for her club team’s back to back national titles. Simply put, she is a winner. Watching her steady improvement over the last several years has been very exciting for our staff. Her upside is tremendous, and we look forward to working with her during the next four years.”

Radwanski on Colborn:“Ellen is a very intriguing prospect for us. She has an excellent technical platform, with very soft feet. Combine that with her quickness and she has the ability to go past players on the dribble. She will be a nice complement to our attacking options. We feel that being surrounded by our current talent can further unlock a real gem of a player. Perhaps equally important, Ellen feels like she has something to prove, and I love that quality in a player.”